Mother finds community in West Texas for son with autism

BlueSprig helps families with early intervention and individualized care for children with autism. 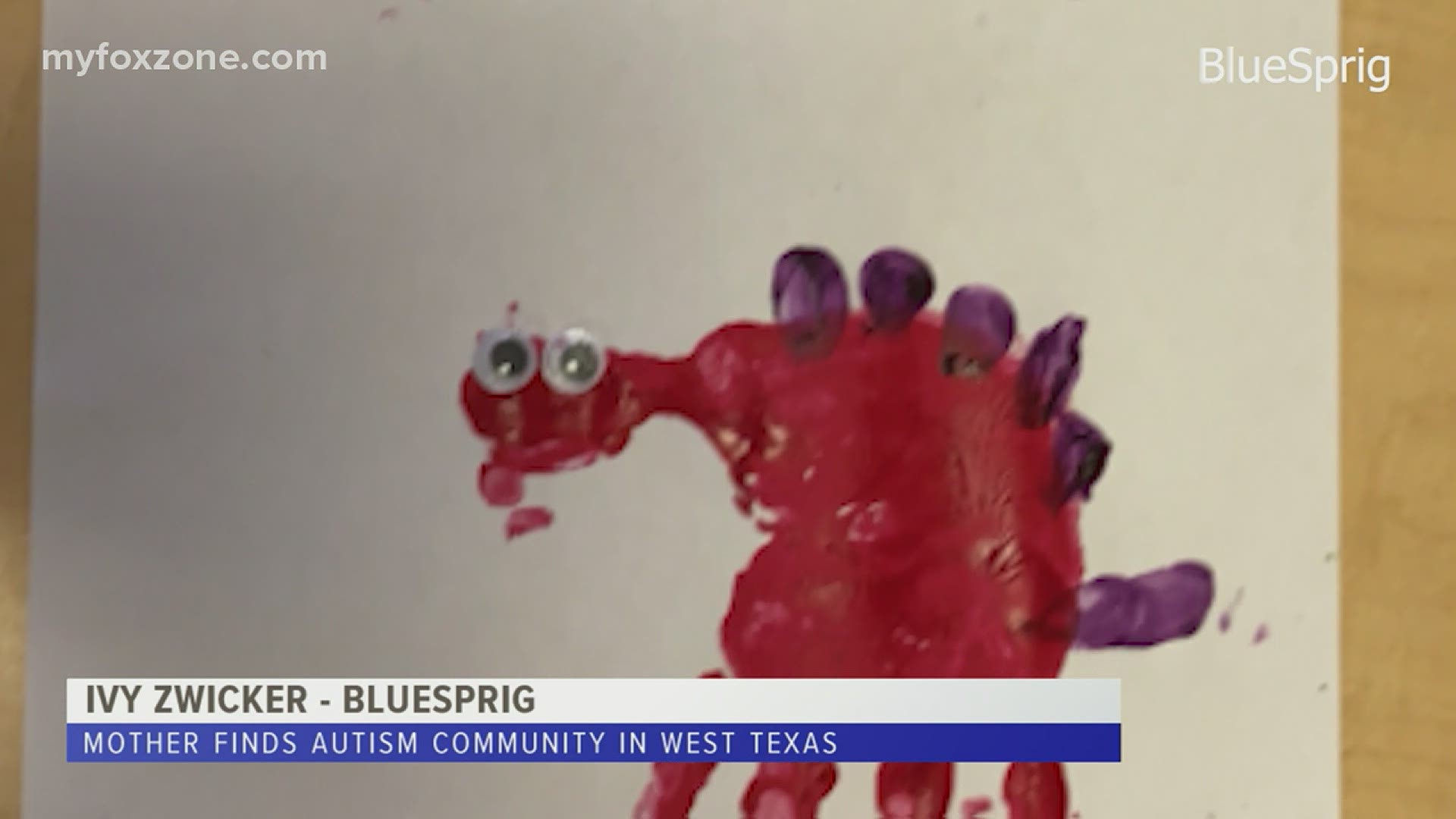 SAN ANGELO, Texas — On top of working and taking care of the home as a mom and wife, Sidney Minter learns how to raise her 4-year-old son Brantley, diagnosed with autism, in August 2020. After waiting for a year to seek a professional autism counselor, she found emotional support for her family amid the pandemic at BlueSprig in San Angelo.

“I was really lucky in the sense that I did find BlueSprig really early, and I’ve got a really large family, so we all…first thing we did was learned everything we can about this,” Minter said. “I didn’t know if I should look into Facebook if I should look into some sort of support group.”

After hundreds of Google and Facebook searches, Minter and her family took him to BlueSprig. Their family makes the two-and-a-half-hour drive three times a week from Fort Stockton.

Autism experts report there are 54 children today diagnosed with autism spectrum disorder which is nearly a 10% increase according to the Centers for Disease Control and Prevention. Within applied behavior analysis, the number of board-certified analysts does not meet the need in West Texas.

Ivy Zwicker is the area vice president of operations at BlueSprig and said early intervention is essential.

“If they receive two years of comprehensive therapy like applied behavior analysis, they have nearly a 50% likelihood of entering kindergarten without entering special education,” Zwicker said.

“You just get into this headspace of trying to get everything done all at once. So it’s really overwhelming, and you’re trying to find anything to make you feel better. When I got a hold of BlueSprig, I mean they just instantly. I mean, I just felt this sense of calm,” Minter said.

In no time, Brantley was making strides even after going through therapy for the last six months. He loves figuring out puzzles and matching figure pieces with one another.

“I can already see such a difference. I mean, he went from …everything was the end of the world. You know he could not express anything to us. Except you know, through fits….Well, they’ve come up with programs that help him tell me what’s going on in his way…Before he wouldn’t even point to something he wanted. Well, now he points for things that he wants,” Minter said.

Brantley’s autism mainly affects his communication as he is non-verbal. His mother said he becomes enthralled by things that might not seem attractive to other kids.

However, as she grows and learns as a parent, she is not afraid to let her son express himself.

“I’m not going to not let him express himself in some way because of the way other people react…if he’s upset, he gets to be upset. If he’s happy, then he quills and claps…he’s just a free little boy, and he feels how he feels when he feels it,” Minter said.

“Seeing that child start to explore new things, eat new foods, wear new and different clothing, wanting to socialize, play games. You know, a lot of things they come to us not really interested in doing, and it’s an incredible journey to be apart,” Zwicker said.

Minter said she and Brantley have related to numerous therapists and professionals to help her better understand Brantley’s needs and is looking forward to learning how to help Brantley break glass ceilings.

The Autism Alliance of the Concho Valley walk is taking place Saturday, April 24, starting at 9:30 a.m. at the Bill Aylor Sr. Memorial RiverStage.