The first Norfolk ALDI held a grand opening and ribbon-cutting. The second Norfolk location is expected to open in January. 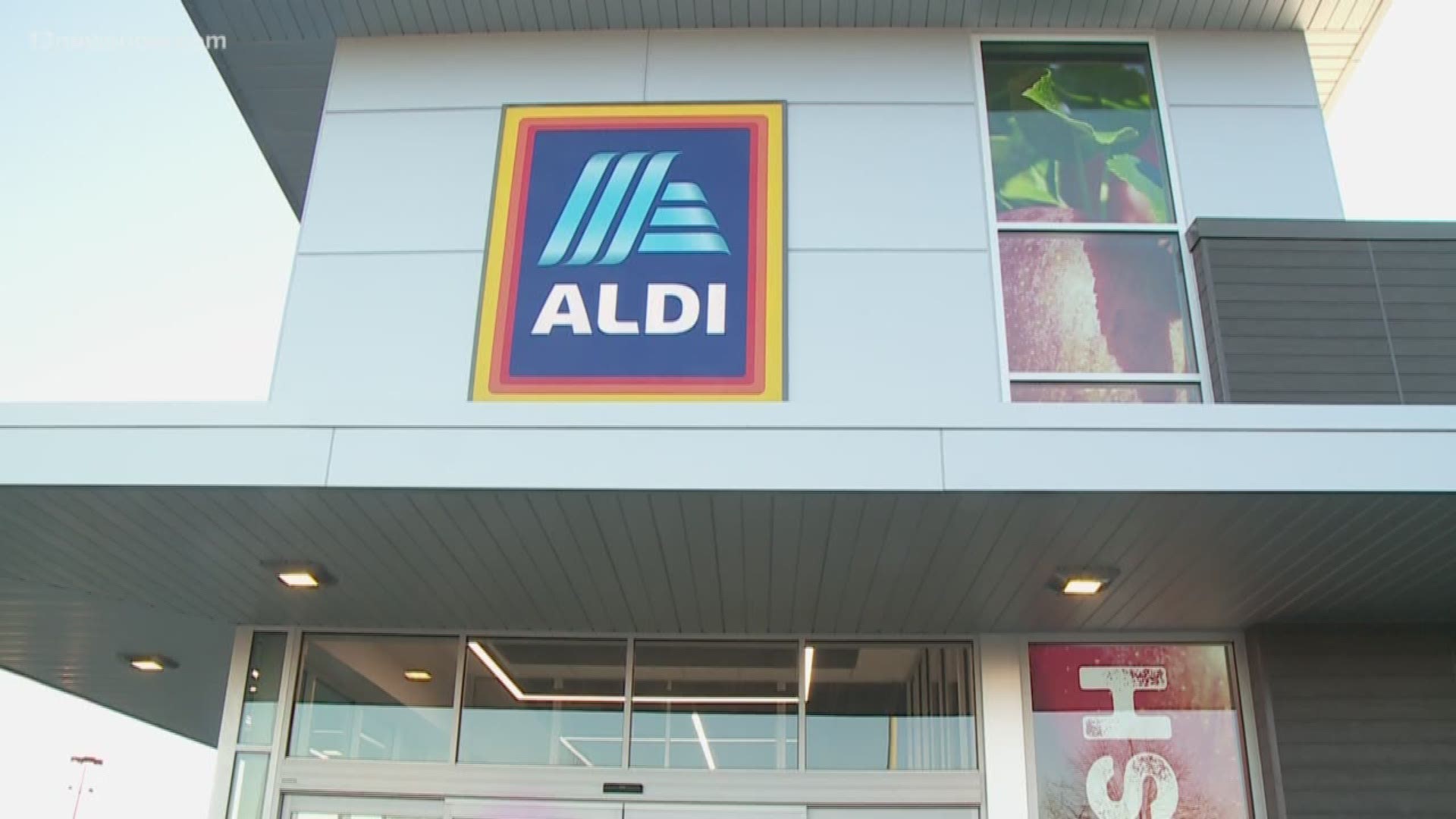 NORFOLK, Va. — The very first ALDI in Norfolk is open!

On Thursday to celebrate the opening, a ribbon-cutting was held at 7:50 a.m. followed by a Golden Ticket giveaway offering gift cards to the first 100 customers. Shoppers also entered a sweepstakes for a chance to win a year’s supply of ALDI produce.

The store, located at 1050 N. Military Highway, is part of the company's national expansion to become the third-largest U.S. grocery retailer by store count by the end of 2022.

ALDI currently has more than 1,900 stores in 36 states, serving more than 40 million customers each month.

RELATED: It's official: ALDI is coming to Ghent

“The goal of our expansion is to reach new shoppers, and we are happy to share it is working, said Chris Daniels, Petersburg division vice president for ALDI. “We continue to open new stores because people want ALDI in their community. The Norfolk market entry has been highly anticipated, and we are very proud to open not just one, but two Norfolk stores. Everything we do is to save people money on the food and products they want most, and we’re excited to officially welcome Norfolk residents to the best grocery shopping experience.”

ALDI first entered Hampton Roads at the end of 2015 and now operates 16 stores in the area. After the two new Norfolk stores open, ALDI will have nearly 20 stores in Hampton Roads. The second location in Norfolk is on 21st Street in Ghent.

To learn more about the store or job opportunities, click here.