Millions online fall in love with cheer sisters from Norfolk

An Instagram post and a tweet showing Sharriyah Morris joining her older sister, NaShiya, cheering at Granby High School took off. The video has millions of views. 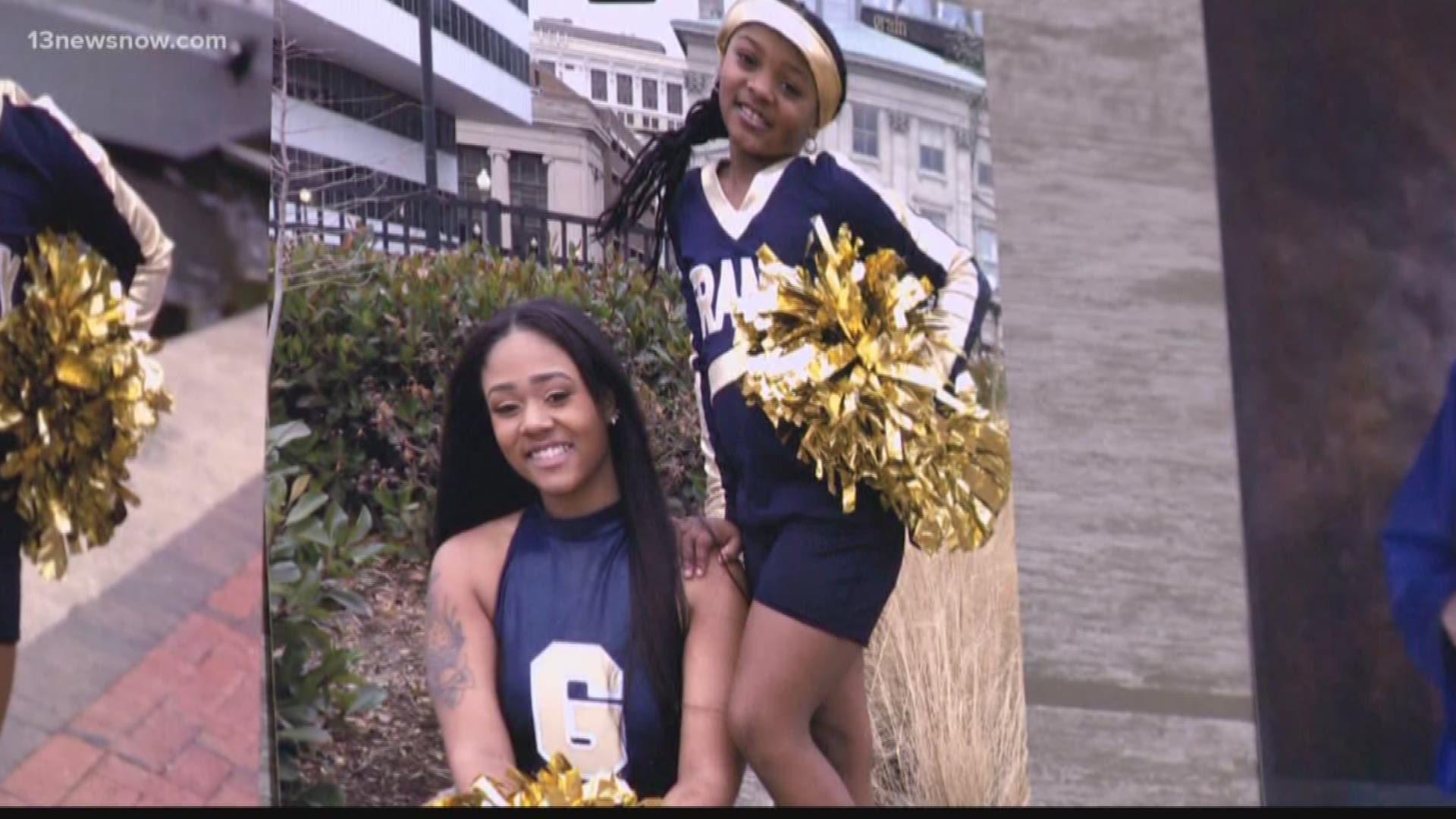 NORFOLK, Va. — Millions of people on the web have been captivated by two sisters in Norfolk.

Even though 10 years separate NaShiyah and Sherriyah Morris in age, they're pretty similar.

They love the same thing: cheer. Now, people all over the place know it.

It all started with a video posted on Instagram and Twitter of them doing a cheer routine.

To NaShiyah and Sherriyah Morris, it was just another cheer routine for Granby High School. It's now garnered more than 5 million views ... and counting!

Sherriyah has been cheering alongside her older sister for years. She's learned through watching and asking NaShiyah lots of questions.

"Like, before a game, she'll pull me to the side and be like 'Come here. How do you do this? Which way does this go?'" And then she'll go out there," said NaShiyah.

Their strong bond goes beyond cheerleading. NaShiyah said she knows her little sister is always looking up to her, so she wants to be good role model.

As NaShiyah weighs college options for the fall, she admits it's hard thinking about leaving her sister.

"It makes me cry a little bit because, it's like, sometimes I don't want to leave. I want to go to Virginia State but I want to go to Norfolk State or ODU just so I don't leave her," she said.

But, being so close their whole lives, they said they'll figure out a system that keeps them close.

RELATED: Save 13News Now in your phone so you can text us with tips, pictures, and videos.

RELATED: 13News Now has a new app. Download it here.