USS Jason Dunham is coming home for the holidays. 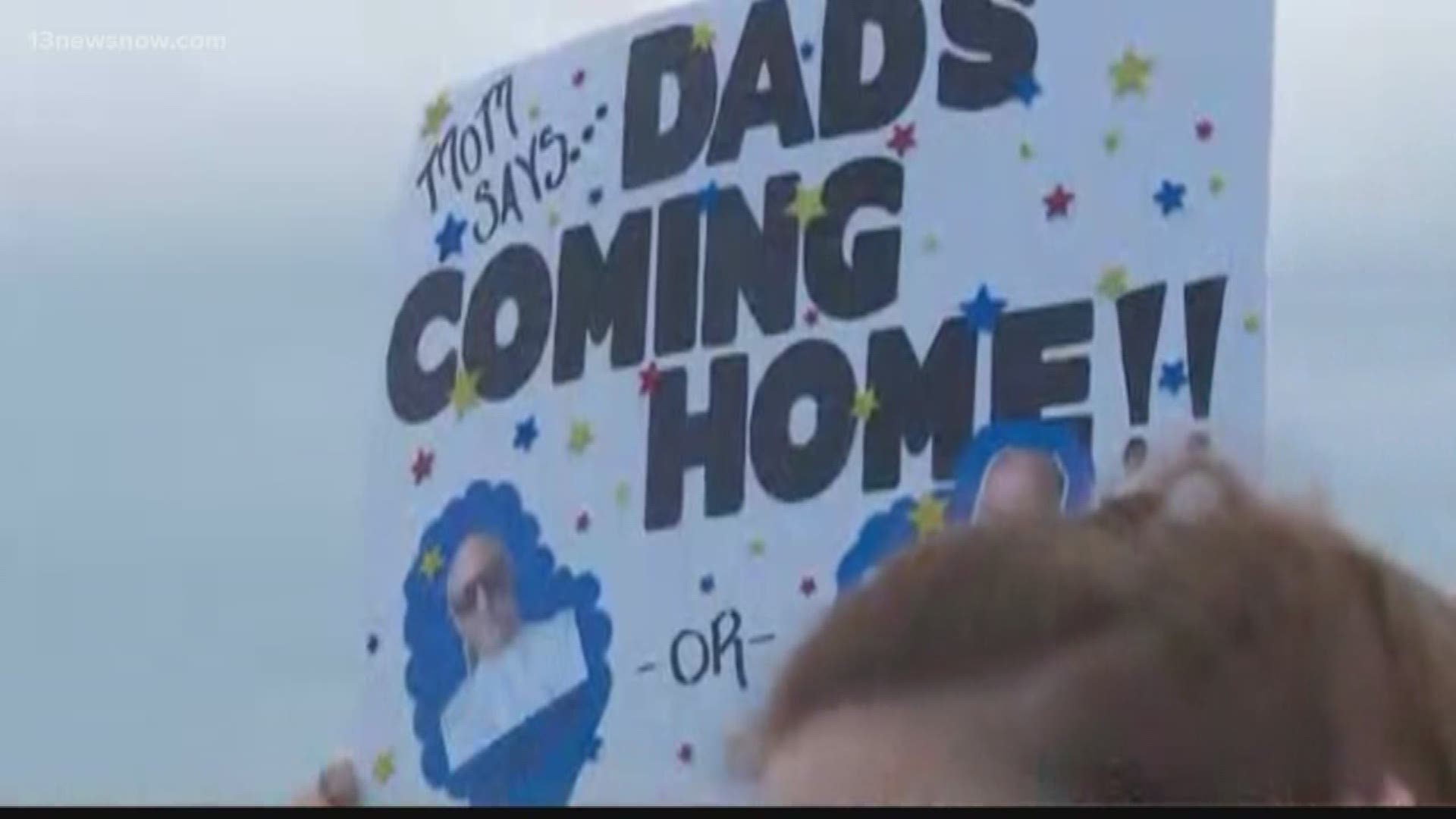 From a first kiss to meeting a newborn, tears of joy replace the words to express how it feels to have more than 300 sailors from the USS Jason Dunham home for the holidays.

After seven months at sea, the guided-missile destroyer returned to its homeport, Naval Station Norfolk.

“It’s just too long for him to be away from us but I’m glad he’s home,” said proud military mother, Michelle Mendora.

During the deployment, the ship traveled more than 44,000 nautical miles through the Navy’s U.S. 5th and 6th Fleet areas of operation.

That includes the region connecting the Mediterranean and the Pacific through the western Indian Ocean.

While at sea, the sailors kept international waters safe and open for transportation in the Central Region.

The ship’s Commanding Officer, John Hamilton said they completed many international missions. “They did a phenomenal job,” said Hamilton.

But it was a difficult deployment for the crew. Back in July, 23-year-old Ensign Sarah Mitchell died during a small boat drill.

In August, Jason Dunham’s sailors seized more than 2,800 illegal AK-47’s off a small boat, sailing without a country’s flag, in the Gulf of Aden, near the coast of Yemen.

"We moved the ship, launched the helicopter, found what they were doing. Got some pretty good footage of them doing bad things in the evening," said Hamilton.

As proud as he is of their accomplishments, it’s time for this crew to take a well-deserved break.

"Homecoming is the best thing we do in the Navy," said Hamilton.

After the holidays, they will begin an 18-month process leading up to their next deployment.

The Arleigh Burke-class guided-missile destroyer is named after Corporal Jason L. Dunham. He was 22 years old when he died in Karabilah, Iraq in 2004. A grenade was dropped by an insurgent and Dunham covered the explosive to safe two nearby Marines.

► Make it easy to keep up to date with more stories like this. Download the 13News Now App.