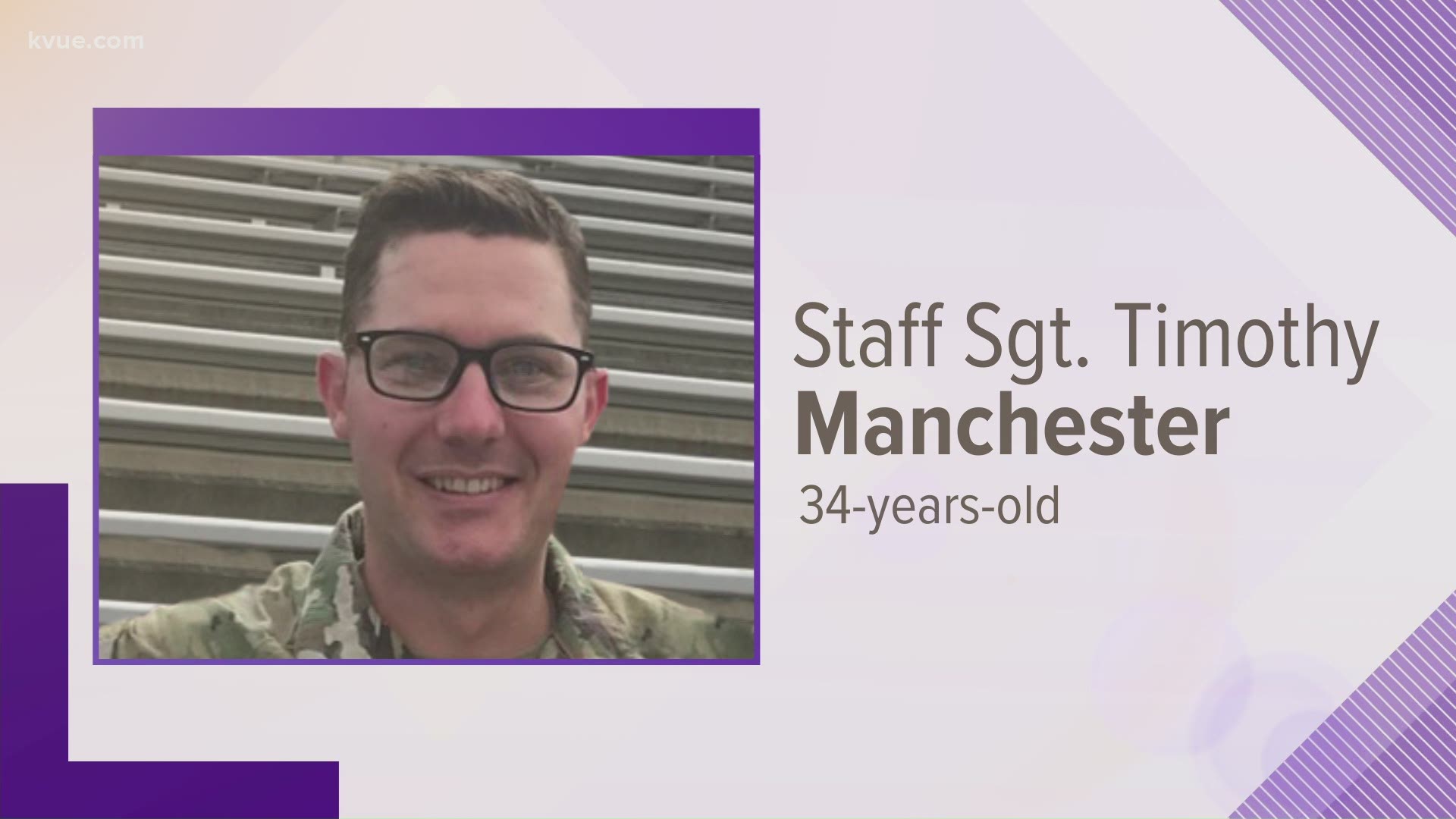 AUSTIN, Texas — A National Guardsman killed during a non-combat-related incident in Kuwait, western Asia, has been identified as Staff Sgt. Timothy Manchester, 34, of Austin.

According to the Texas Military Department, Manchester was supporting Operation Spartan Shield at Camp Arifjan. The department did not provide details on what led to his death.

Manchester was a non-commissioned officer with the 36th Infantry Division, Texas Army National Guard, headquartered in Austin. He deployed with the 36th ID in September 2020.

“We are devastated by the loss of one of our own,” said Maj. Gen. Tracy Norris, the adjutant general for Texas. “In this profession, we always know in the back of our mind that this is a possibility, but we hope it never comes to pass. The entire Texas Military Department sends our deepest condolences to Staff Sgt. Manchester’s family and loved ones he leaves behind. We are also keeping his fellow service members in our thoughts and prayers who are still overseas mourning the loss of their brother in arms.”

The Texas Military Department said unit leadership will be providing support and assistance to the sergeant's family.

The incident is currently under investigation.