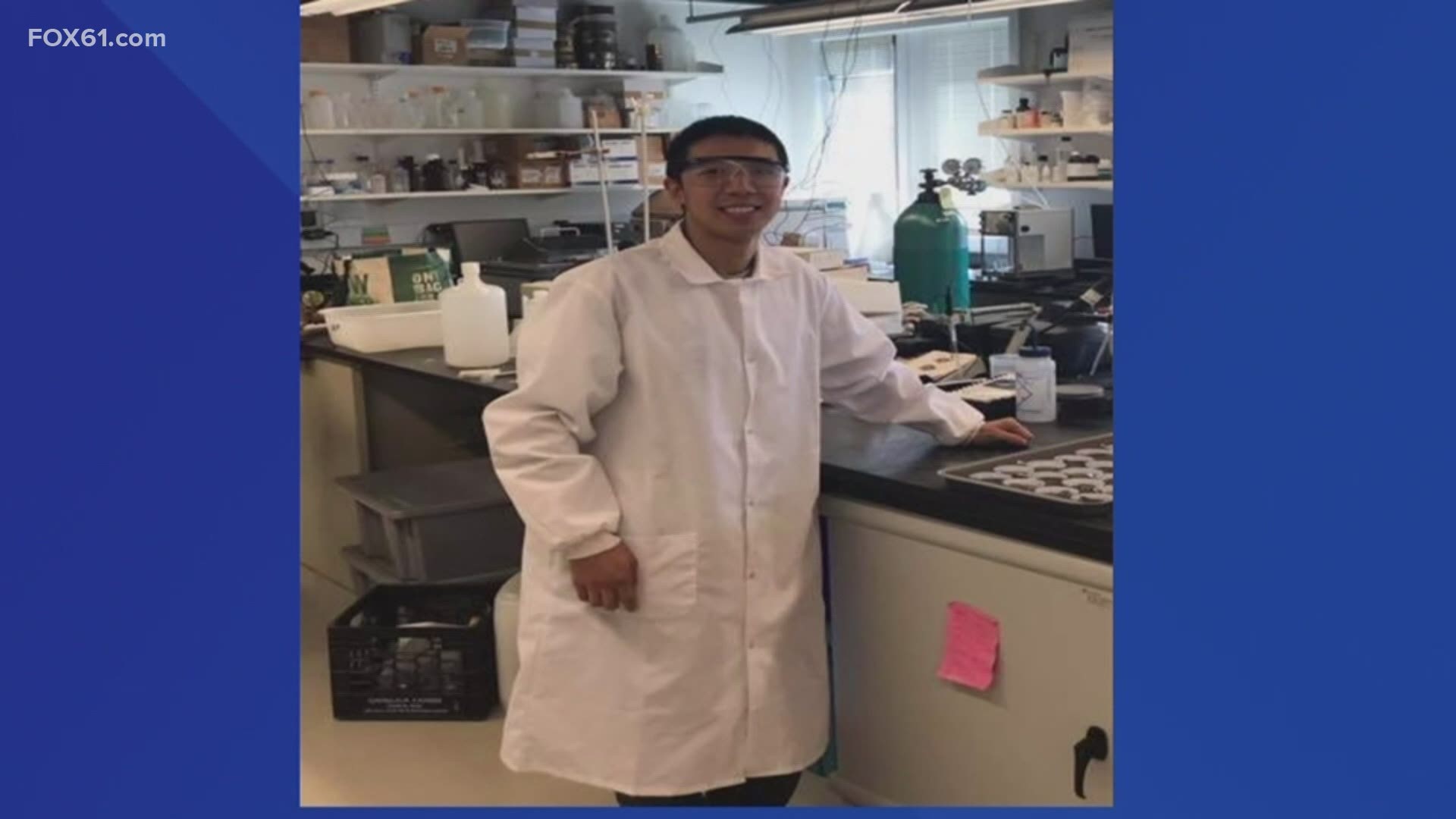 Just after 8:30 p.m. on Saturday, New Haven Police and Fire Departments responded to multiple 9-1-1 calls of gunfire and a person shot. Police say one person was fatally wounded by gunfire.

Jiang proposed to his girlfriend, Zion Perry, less than two weeks ago. She said in a statement, “Kevin was and is a gift from God. He was a true and righteous man after God’s own heart. Life is so precious and short, and I am so thankful that God brought us together. I know that he is with his Heavenly Father now in perfect peace. I cannot wait to see him again in Heaven and the New Heaven and Earth. I believe God can bring life even out of evil death because God brought salvation to the whole world through the death and resurrection of Jesus Christ.”

The New Haven Independent reported, Jiang "was found near his Prius, which had rear-end damage. Investigators are looking into the possibility that a crash preceded his murder. Police have leads on the possible shooter’s vehicle."

A GoFundMe has been set up by his church for Kevin's family.

Yale President Peter Salovey said in a statement Sunday morning, "I write with deep sadness to share the news that Kevin Jiang, a graduate student at the Yale School of the Environment, was shot and killed last night near the intersection of Nash Street and Lawrence Street. The New Haven Police Department is treating this incident as a homicide and is actively working on apprehending the person or people responsible.

"My office has been in close contact with members of Kevin’s family. I wish to convey to them and to all others who loved Kevin my sincere condolences. Kevin was an extraordinary young man. The School of the Environment will be holding a community gathering later today and will be planning additional remembrance events that will be posted on the school’s website."

Dean Indy Burke said in a statement, "I know this tragedy comes during a year that has already been filled with so much sorrow. Please know that we in our School stand ready to support you. I am so sorry that this is coming at a time that we cannot gather in person to console each other, but we have scheduled an informal virtual community gathering this afternoon at 3 pm via Zoom. This gathering will allow us to listen, grieve, and simply be together during this terribly difficult time."

New Haven Mayor Justin Elicker said in a statement, "Over the weekend we experienced multiple violent acts in our community, including those involving a New Haven Public Schools teacher, a New Haven Public Schools administrator, and a graduate student at Yale. I am deeply saddened that we lost Yale School of Environment student Kevin Jiang last night to gun violence. Kevin would have celebrated his 27th birthday next week.

To those who continue to perpetrate these crimes: you undermine the safety of our residents and yourselves. You continue to promote fear for our safety in our everyday lives. We, as a community, will not stand for this and we will be relentless in efforts to provide justice for all of the victims, their families and loved ones. Addressing and eradicating gun violence takes serious action both in the short-term and the long-term—and the City of New Haven is committed to that. If you have any information pertaining to any ongoing investigations call the NHPD at (203) 946-6304."

On January 12, New Haven residents Alfreda Youmans, 50, and Jeffery Dotson, 42, were killed in their apartment.

On Saturday January 16, Jorge Osorio-Caballero, 32, shot in his car on Grand Avenue.

On January 18, Joseph Vincent Mattei was shot at the intersection of Plymouth Street and Lamberton Street

Also on January 18, Marquis Winfrey, 31, of Hamden was shot on Dixwell Avenue. 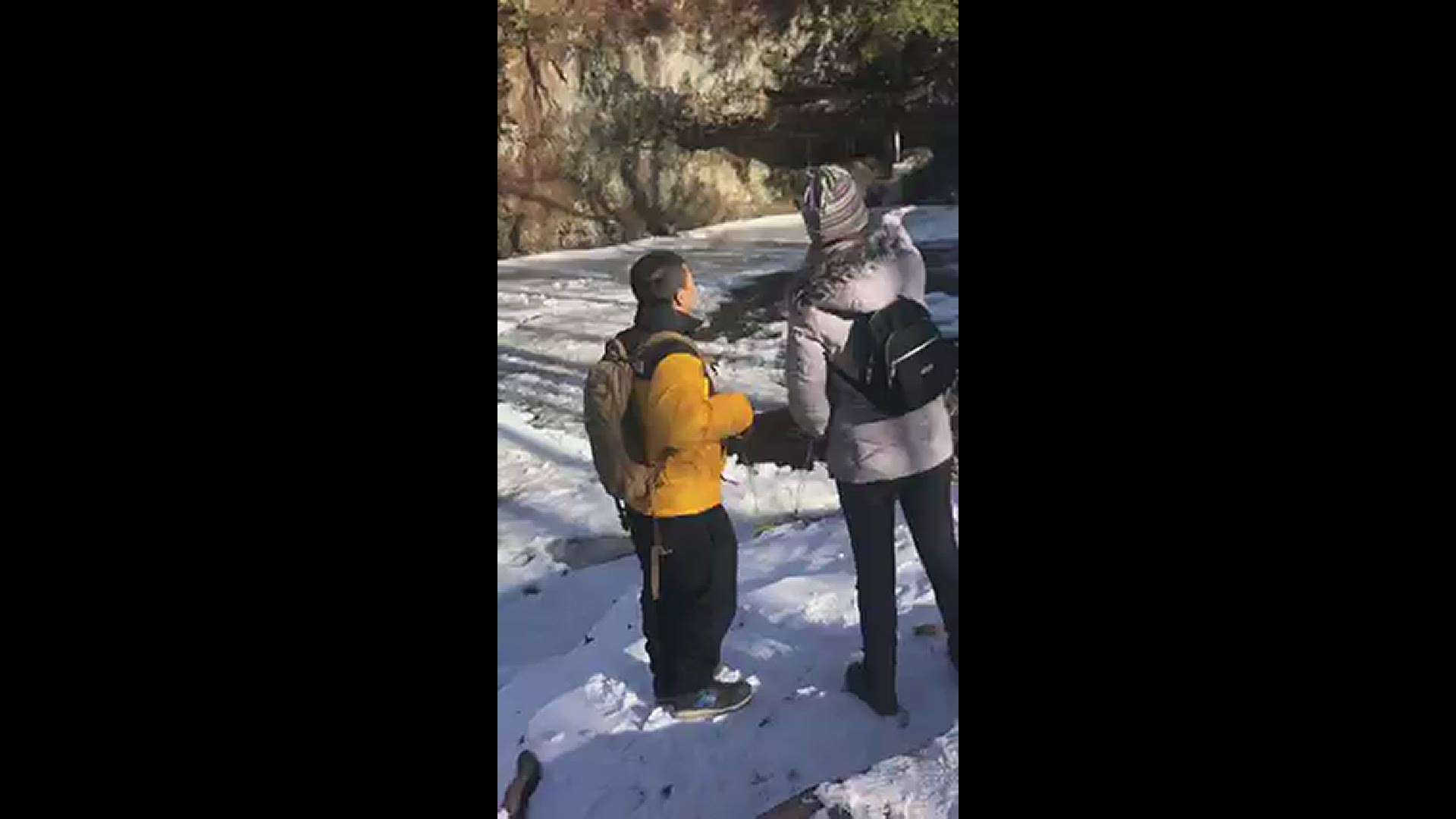 The last Yale University student murdered in New Haven was Annie Le in 2009. Raymond J. Clark III, a Yale laboratory technician, plead guilty to her murder. Yale student Suzanne Jovin was killed in 1998. That crime has never been solved.