Come September, a pair of new Texas laws will allow for enhanced criminal penalties and even the seizures of cars from street racers. 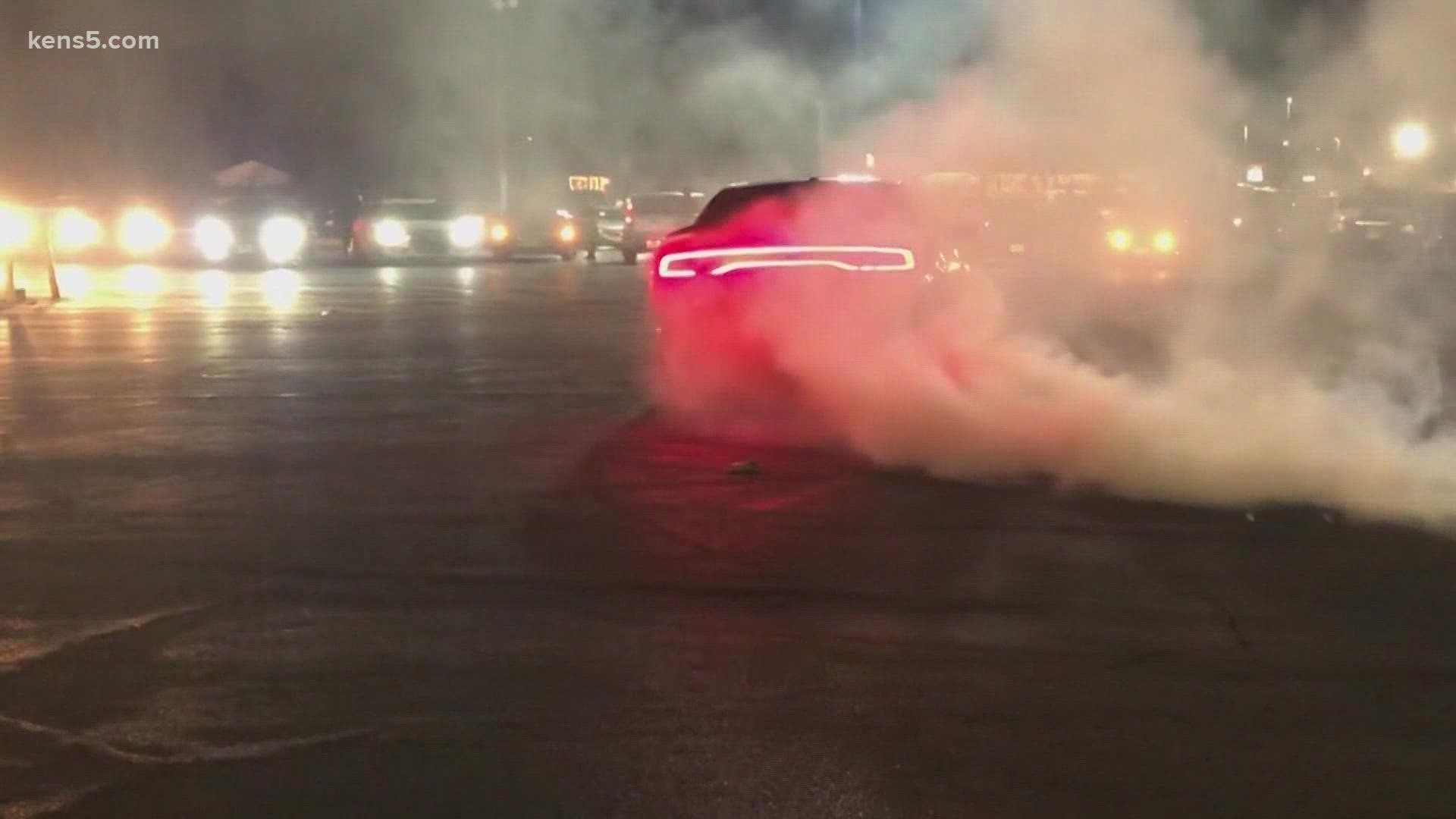 SAN ANTONIO — The road may be coming to an end for street racing, or, at least, things are slowing down. Two new bipartisan efforts signed into law by Gov. Greg Abbott will go into effect Sept. 1.

"This definitely comes down to a safety issue for the community at large," SAPD Sgt. James Smith said.

Now, for the first time, law enforcement will have the power to seize a street racer's vehicle because of Texas House Bill 2315.

"They are very reckless out there, very dangerous out there," Smith said. "And this really will make the community safer at the end of the day."

He followed HB2315 through the legislature for SAPD. Under the law, authorities can ask a judge to seize a street racer's wheels if the person is a repeat offender, if the suspect was caught under the influence of drugs or alcohol while racing, or if the offender's racing causes injury or death.

"When it comes to asset forfeitures, we have to have that underlying crime that has to be concurrent with that criminal," Smith said. "It has to have that nexus."

The second offense triggering the seizure process need only be an arrest. Smith said there are times where that might include a car  being driven by a suspect but belonging to someone else.

Choka is a business owner in the process of opening Exquisite Fades Barber Shop near 410 and Marbach Road. His shop sits in a parking lot filled with tire marks from street racing.

"I had to run out there because I saw a truck out there doing donuts. I was like, 'I hope you don't, you know, bounce into my car,'" Choka said.

His business is on private property located in a soon-to-be-renovated shopping plaza at 8111 Meadow Leaf Drive. But the empty parking lots tend to turn into high-speed exhibitions.

"They're going to have to change their behavior because it's not going to be an empty parking lot anymore,"  he said.

Texas Senate Bill 1495 may cover his issues because police get arresting strength on private property. The bill mirrors HB2315 with enhanced criminal penalties for reckless driving exhibitions. SB1495 does not, however, provide law enforcement the power to seize vehicles.

Smith said seized vehicles granted by a judge could be held by law enforcement or auctioned. He said police could even use those same vehicles for undercover officers to infiltrate car clubs that act illegally.

"The cars themselves are not the problem, but rather the manner they are driven," Smith said. "Taking the criminal instruments away from irresponsible folks will solve a lot of the racing problem, plus (it) help save lives."