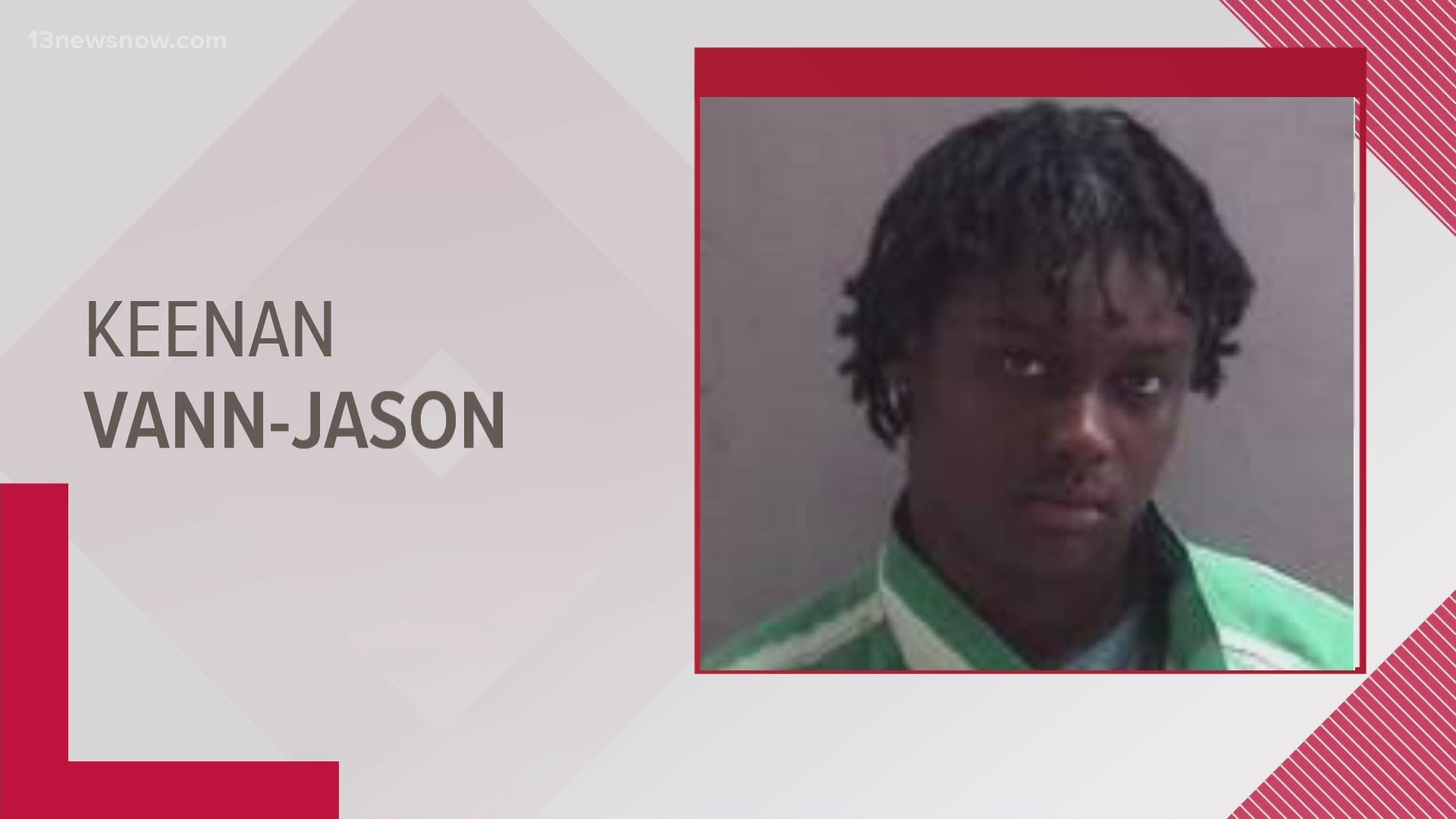 ELIZABETH CITY, N.C. — Deputies in Pasquotank County have arrested a suspect after a man was shot to death in Elizabeth City.

Deputies say they were called to the 300 block of Travis Drive just after 2:30 a.m. Monday. They arrived to find Oshea Tyquan Lee suffering from gunshot wounds. CPR was administered and he was taken to Sentara Albemarle Medical Center, where he would be pronounced dead.

Investigators identified the suspect as Keenan Nafis Vann-Jason, who was on the run. Authorities found Vann-Jason Tuesday and took him into custody.

He's been charged with murder and is being held at Albemarle District Jail.