Millions of people across the state are experiencing power outages and customers complained about a lack of answers from electric providers. 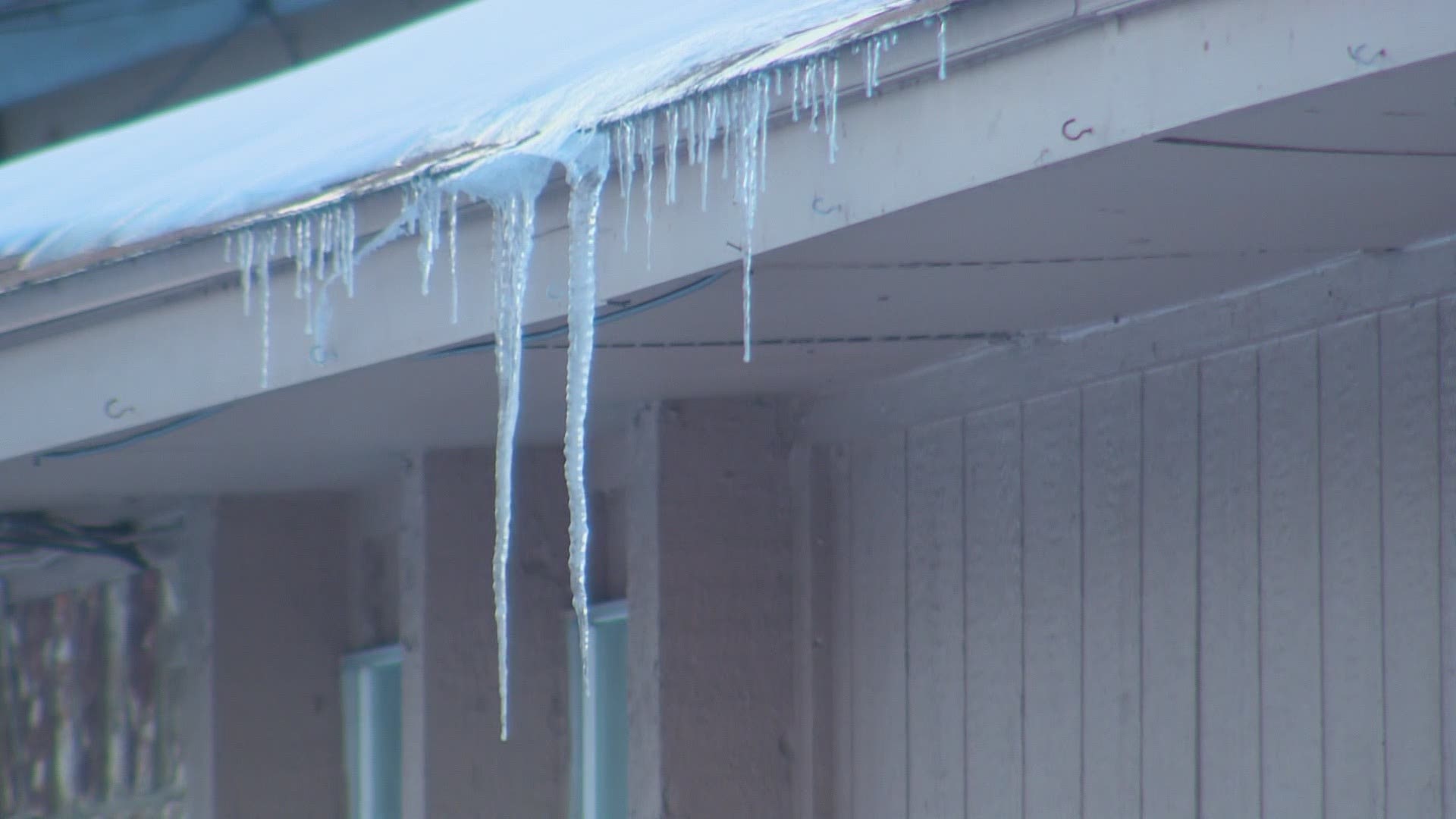 She was bundled, but still bitterly cold. “I’m shaking I’m so cold,” she said.

The 74-year-old with multiple disabilities didn’t even want to open her door as she was trying to protect what little heat she had inside her unit.

Sirody was one of millions of Texans left to battle plummeting temperatures inside their homes when emergency energy operations began Sunday night.

She lost power at 3 a.m. It was restored an hour later. It went out again around 8 a.m. and she was still without power Monday evening.

She’s diabetic and couldn’t cook. She’s also on a fixed income and worried about having to throw out spoiled food.

Tymeka Hay was in the same situation in her Glen Heights home.

“It’s really, really cold and we have five kids in the house,” Hay said.

She drove her family across town on treacherous roads hoping to find comfort at a friend’s home, but once she arrived the friend lost power, too.

She said hotels were quoting her outrageous prices and her family was too big for one room. They went to several stores to look for firewood or heating supplies.

“We kind of slid and slipped to get there and then they were all closed,” she said.

More than four million power customers in Texas were affected by what ERCOT, the state’s power grid operator, called an “extraordinary event.”

RELATED: Texas power outages: How the largest energy-producing state in the US failed in freezing temperatures

Providers prioritized keeping the power on at critical places like hospitals. Anyone living on a power line that served a hospital likely stayed on line. Those who didn’t were the first to lose service.

The outages would normally last for short periods of time, but customers reported outages of more than 18 hours. ERCOT warned the emergency could last into Tuesday.

She works at a restaurant and is not yet full time again after losing hours during the pandemic. Money is tight and she was worried about where her four kids would sleep.

“You can put socks and extra pajamas and blankets on, but when you’re cold you’re cold,” she said. “You can’t really think straight.”

Besides being frozen, customers were also frustrated as they tried to report outages or get updates. They said they encountered long waits and overloaded customer service phone lines.

“Once we finally got through, we were disconnected,” Hay said.

Rosanne said she tried calling Oncor multiple times. She said she reached a recording once that suggested calling another number. She did and was put on hold. Then it said, “Press two to report an outage,” she said.