A spokesperson for New Orleans Mayor Latoya Cantrell indicated the city may start to lift more restrictions next week. 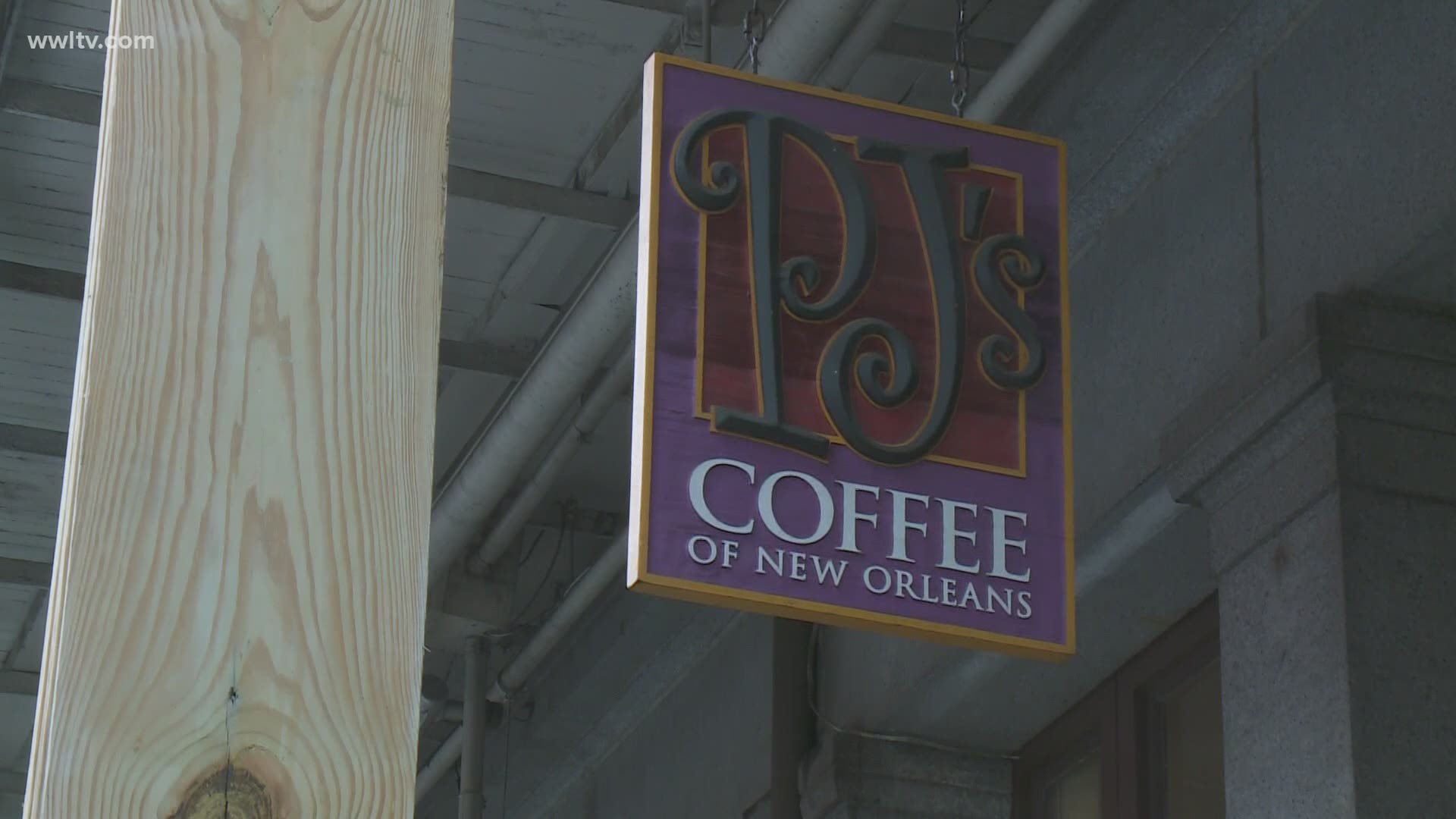 NEW ORLEANS — As Jefferson Parish leaders lay groundwork for reopening more businesses and bars, Orleans Parish remains in phase two as it assesses how the return to in-class learning may affect the spread of COVID-19.

One man with businesses in both parishes has a unique perspective on the differing approaches to reopening.

Before the pandemic, Roy Guste Bruno thought his first PJ’s Coffee shop had a prime location.  It’s right next to Jackson Square and all its foot traffic.  That seems like a lifetime ago.

That first shop on Chartres opened in 2012 and Bruno says it grew every year.

He opened a second PJ’s Coffee on Decatur street and that location grew in sales.  Bruno had to shut both stores down when the pandemic took hold in the city.  Bruno reopened his two French Quarter shops in August.  He says business is down 90 percent.

For the past couple of months, Bruno says he’s been using the money from his Jefferson Parish shops to float the ones in Orleans.

“Without that income from Jefferson Parish, I would not be here,” Bruno said.

Granted, the New Orleans economy is much more tourist driven than Jefferson Parish’s, but some businesses like Rubensteins on Canal Street, say the city’s continuing COVID restrictions are choking an already crippled economy.

“The faucet will run dry, not only for me, but for many of my friends in the business,” said owner David Rubenstein.

A spokesperson for New Orleans Mayor Latoya Cantrell indicated the city may start to lift more restrictions next week.  With many businesses already boarded up in the French Quarter, people like Bruno say they don’t know how long they can hold on.

“I don’t even want to think about that.  I’m not much of a quitter,” Bruno said.

Generally speaking, New Orleans has had some of the strictest and longer lasting pandemic restrictions in place.  We should point out that Orleans has also been able to maintain a lower number of new COVID cases than many other parishes.

During the pandemic, governments on every level have been trying to balance public and economic health.  Many businesses are now pleading with their leaders to put more weight into the economy.