The Paradise Bobcats overcame the challenge from the Enterprise Hornets in dominant fashion, clinching victory 48 to 26. 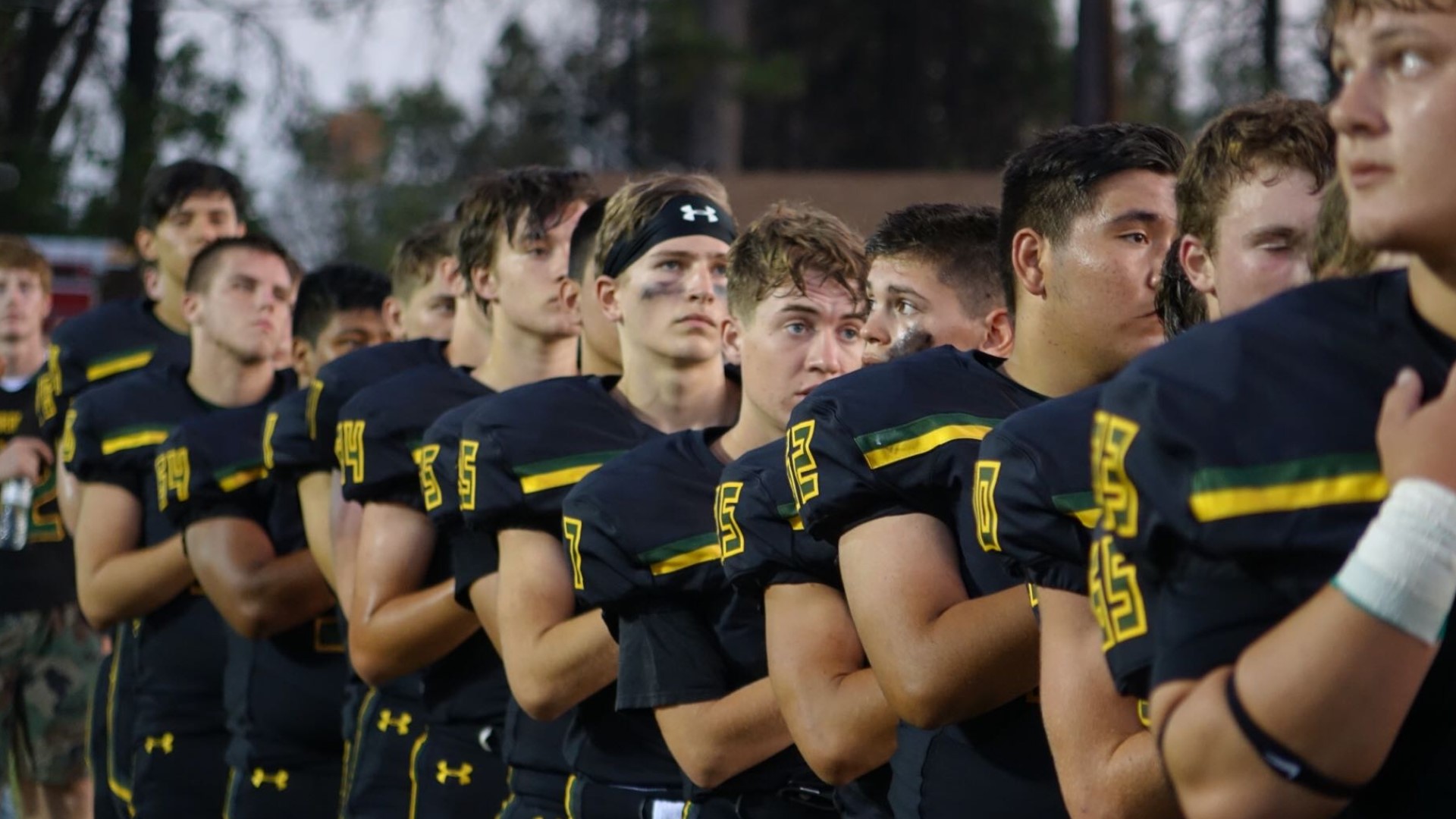 PARADISE, Calif. — An undefeated season is exciting for any high school football team, but, when those teens belong to the community of Paradise, the winning record is especially sweet.

On Friday, the Bobcats went into their final game of the regular season – a home game – with a 9-0 record. They overcame the challenge from the Enterprise Hornets in dominant fashion, clinching victory 48 to 26.

RELATED: From 'no grass' and 'just dirt' Paradise High brought football to their town once again

It’s been a year of recovery – in all senses of the word – as the wildfire-ravaged community slowly rebuilds after the Camp Fire devastated the area, killing 85 people and destroying thousands of homes and businesses.

The Paradise Bobcats didn't even have a football before they started the season, let alone a field. They had to reconstruct all the basic elements of a game, to the point where they had to use a $5,000 offer from Under Armour to find their first challengers of the season.

It’s fair to say, Paradise needed a win. And so far, their varsity football team has given them 10.

"This town is about family, football, and friends and faith. We're proud to be Bobcats. I grew up going to this high school and once a Bobcat always a Bobcat," said Shelly Bettencourt, a Paradise mother.

In a week, it'll be one year since the Camp Fire devastated the town of Paradise and forced people like Bettencourt and her family away from their homes. Bettencourt was among those fortunate enough to have her home survive the flames.

"I'd like to say we're all stronger, but this is a process. There's a grief happening; sometimes, when you near the anniversary of something, the trauma is re-triggered. So, we're just coming together and doing the best we can," she said. "I believe that we will rise again. We will rise up. We're strong people up on this mountain."

►Stay In the Know! Sign up now for ABC10's Daily Blend Newsletter