The teachers won a lawsuit on Friday, but a petition was filed this weekend in opposition to the ruling. 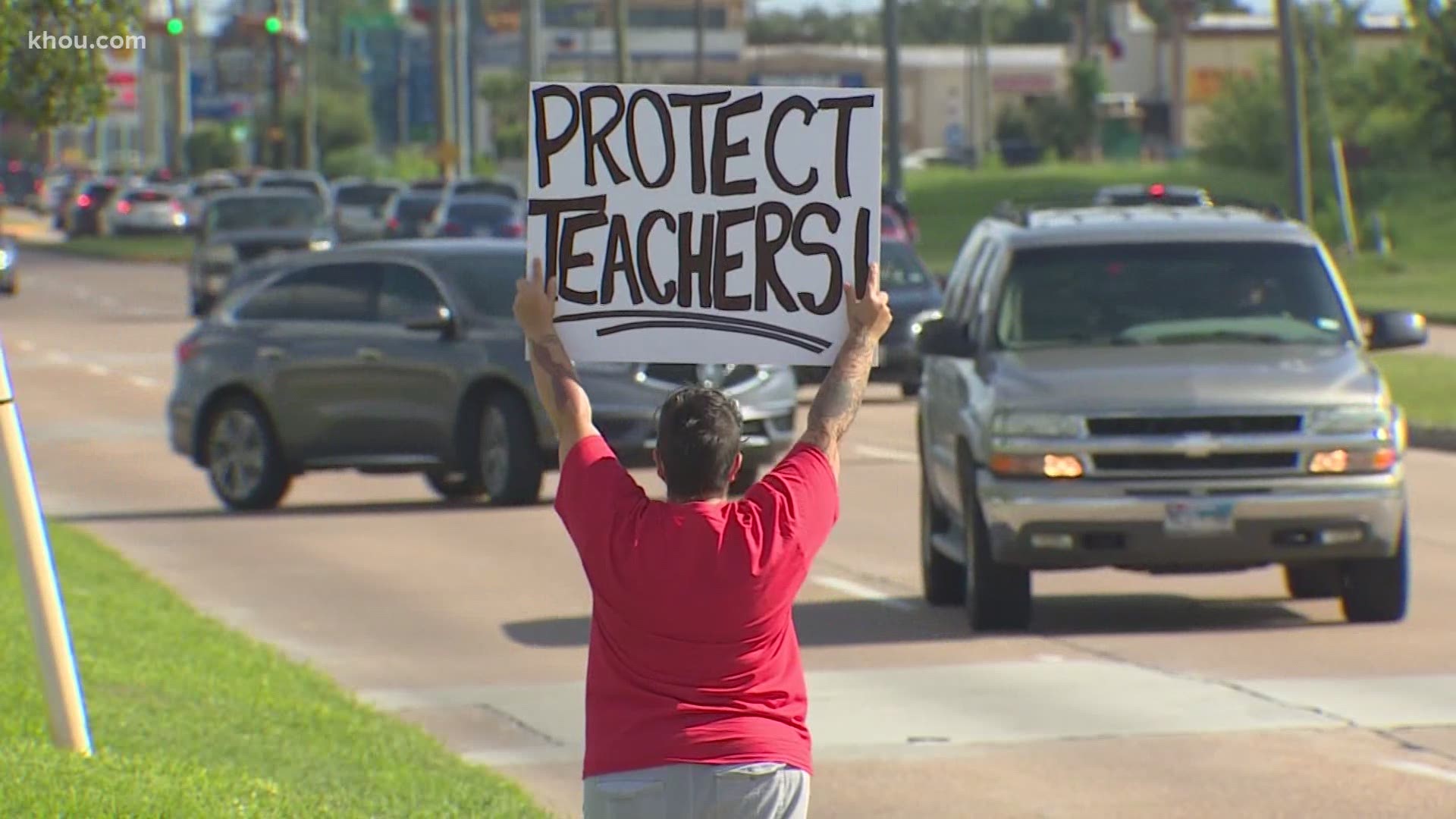 HARRIS COUNTY, Texas — A recent courtroom victory for the Cy-Fair ISD teachers’ union might be short-lived due to a weekend petition filed by Texas Attorney General Ken Paxton.

“I’ve been quarantining for months, I have some health risks that could be exacerbated by exposure to the virus," Cy-Fair ISD diagnostician Diana Alexander said.

She was disappointed to learn of the Supreme Court's decision.

“The official Cy-Fair Twitter handle was retweeting the hashtag #aftdoesntspeakforme and so that again has caused a great division," Alexander said.

AFT is the Cy-Fair American Federation of Teachers. President Nikki Cowart said they may have lost the lawsuit, but they still working to make sure the district addresses teachers’ safety.

“The very real concerns of our members are still the most pressing issue," Cowart said.

However, there are teachers who want to be on campus for training.

“We were able to do our professional development in the classroom, away from everybody else so we were very much quarantined, we wore masks when we were in the building," seventh-grade teacher Nicole Gittens said.

She was nervous at the beginning, but being back in the building has helped to ease her concerns.

The teachers' union said it never asked for everyone to be virtual, they just wanted the option for those who needed it.

Paxton argues the order effectively shuts down on-campus operations at Cy-Fair ISD, one of the largest districts in Texas. He filed a friend-of-the-court brief claiming the district judge’s order was unlawful and exceeded his jurisdiction. The Supreme Court has since stopped the Harris County judge’s order for trial.

“Friday was supposed to mark the return to campus for Cy-Fair teachers and staff who were preparing to start the new school year and welcome back kids, until a trial court unlawfully ordered the campus shut down at the request of a teachers’ union. The trial court’s order exceeds its jurisdiction and grants relief contrary to the laws of Texas. Teachers’ unions have no authority to override the decisions of school administrators about how to return to school safely.”