Police admit they arrested the wrong man, yet he still sits in jail

Even after the victim told police Mathias Ometu wasn't the man who assaulted her, they took him into custody on two felony charges. 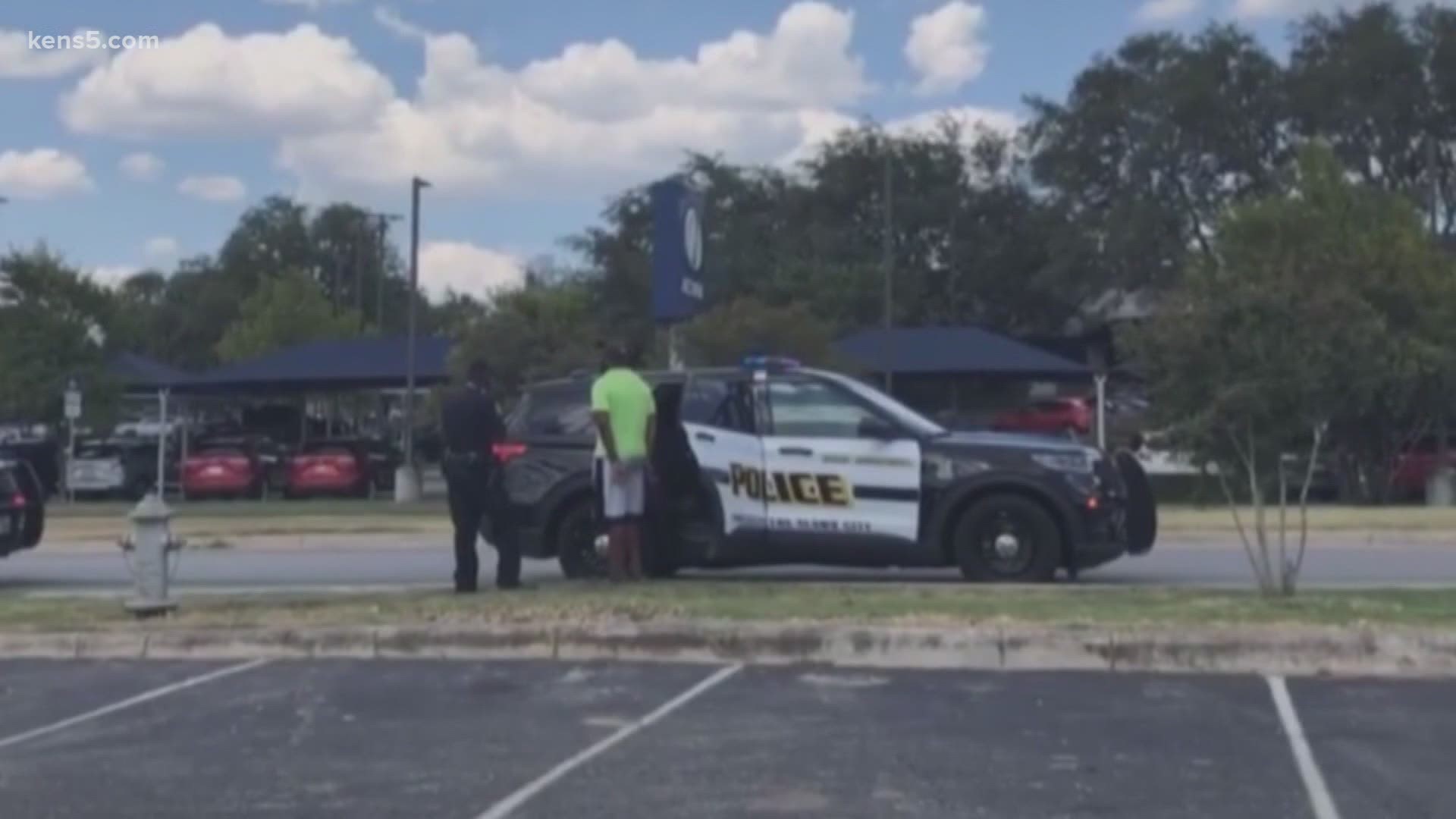 SAN ANTONIO — Family and witnesses are asking San Antonio police for answers tonight after a man was thrown in a police car and taken to jail. He was suspected of committing a crime and hauled off even after officers determined they had the wrong guy.

“That man in the green was jogging, the cops pulled him over and because he wouldn’t give him his name, he got handcuffed,” said San Antonio attorney Victor Maas while narrating a Facebook Live video.

Tuesday afternoon, officers were looking for a man accused of choking and punching a woman at an apartment complex on Woodstone Drive on the city’s northwest side.

The man they stopped was Mathias Ometu, and police say he refused to give his name or date of birth.

SAPD says Ometu was placed in handcuffs without incident, after refusing their questions. They say Ometu was asked to sit in a patrol car and refused. Officers then put Ometu in the vehicle.

The incident was recorded to cell phone and Facebook Live by Maas and his girlfriend Jennifer Rodriguez.

“Here he is just minding his business, and they threw him in the back of the cop car," Mass told KENS 5. "And because he didn’t get in the back of the car – he’s like, 'Why? I didn’t do anything wrong' -- they decided, 'No, we’re going to beat the crap out of you and throw you in there regardless.”

According to SAPD, Ometu is not the man they were looking for; preliminary information on the incident says the victim came to the scene of the arrest and "advised officers that this was not the individual that assaulted her. Ometu was still arrested and taken to jail. He was charged with two felony counts of assault on a police officer.

Ometu is a UTSA graduate and insurance adjuster in San Antonio. His family says he’s never had a run-in with the law before Tuesday. Mathias’s father, Victor, says he’s glad someone was watching over his son.

“I’m very grateful that he was there and he was able to tape this,” Victor said.

According to Maas, officers came by his office after the ordeal.

“They came into our office to intimidate us into giving information – they wanted our Facebook accounts – they wanted to see what I posted to get their stories straight I’m certain of that,” Maas said. “The reality is this man did not deserve to get the crap beat out of him for jogging and minding his own business.”

A local civil rights attorney is working with the Ometu family to get Mathias out of jail. Victor Maas says he plans to file a complaint with internal affairs.

“We’re aware of several videos of this incident that have been posted online. Based on the preliminary information the individual arrested was contacted after officers were called to investigate a family violence incident. The suspect fled before police arrived, but the victim provided officers with the suspect’s information and officers also obtained information that the suspect was also wanted for a felony robbery warrant. The individual contacted was in close proximity to the call and he matched the physical and clothing description provided by the victim. That was the only reason he was stopped and questioned as the officers legitimately believed he was the wanted suspect. This incident will be reviewed administratively to ensure all policies were followed.”