Debby Williams owns Kozy Manor Stables in Ridgefield, Washington. She has taken in eight horses during the wildfires, and has nine more on the way. 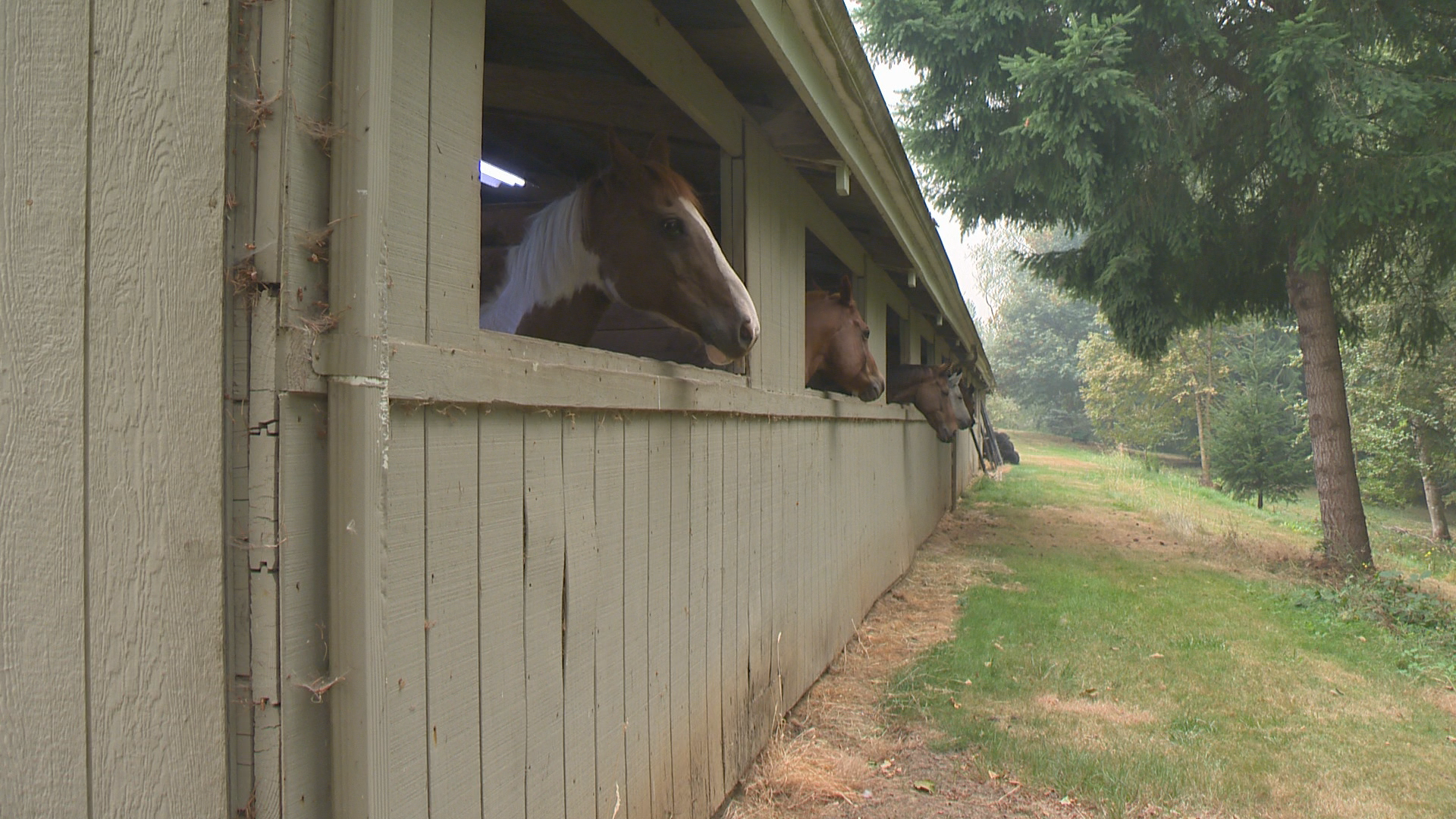 Between her six horses and the chickens, she has her hands full.

“Because they’re all friends, and I have the space, and I’m happy to open it up to them,” Williams said.

Charlie Johnson and his wife Tina are in town from Eagle Creek, but not necessarily by choice.

“We reached out to Debby as soon as this came about,” Johnson said. “Asked if we could bring our horse in, and she gladly said yes. So it's comforting to know that we at least had a place to go to.”

The Johnsons brought their two horses, plus five more that they were boarding, to Kozy Manor to avoid a wildfire burning not far from their property.

“If I can see some flames, that’s definitely the time to go, Johnson said. "But if they moved us into the red zone we wanted to be prepared,” Charlie said.

So far Debby has taken in eight horses with nine more on the way.

“They have needed a safe place to bring their horses to during this fire season. This is crazy,” she said.

For now Charlie and Tina are cozying up, Debby happy to help them out. They’ll stay at Kozy Manor in their camper for a few days and see what happens.

“Debby and this experience right here is proof that we all live that mantra that says, ‘whatever we can do to help, we’re going to,’” said Johnson.

“Just the fact that I can and I’m willing, and I can,” Debby said. “So whatever I can do to help my friends and the people around me people that ask, I will.”