Woman killed in apartment fire on the northeast side, fire crews say

Firefighters were called out to the two-alarm fire just after 9 a.m. 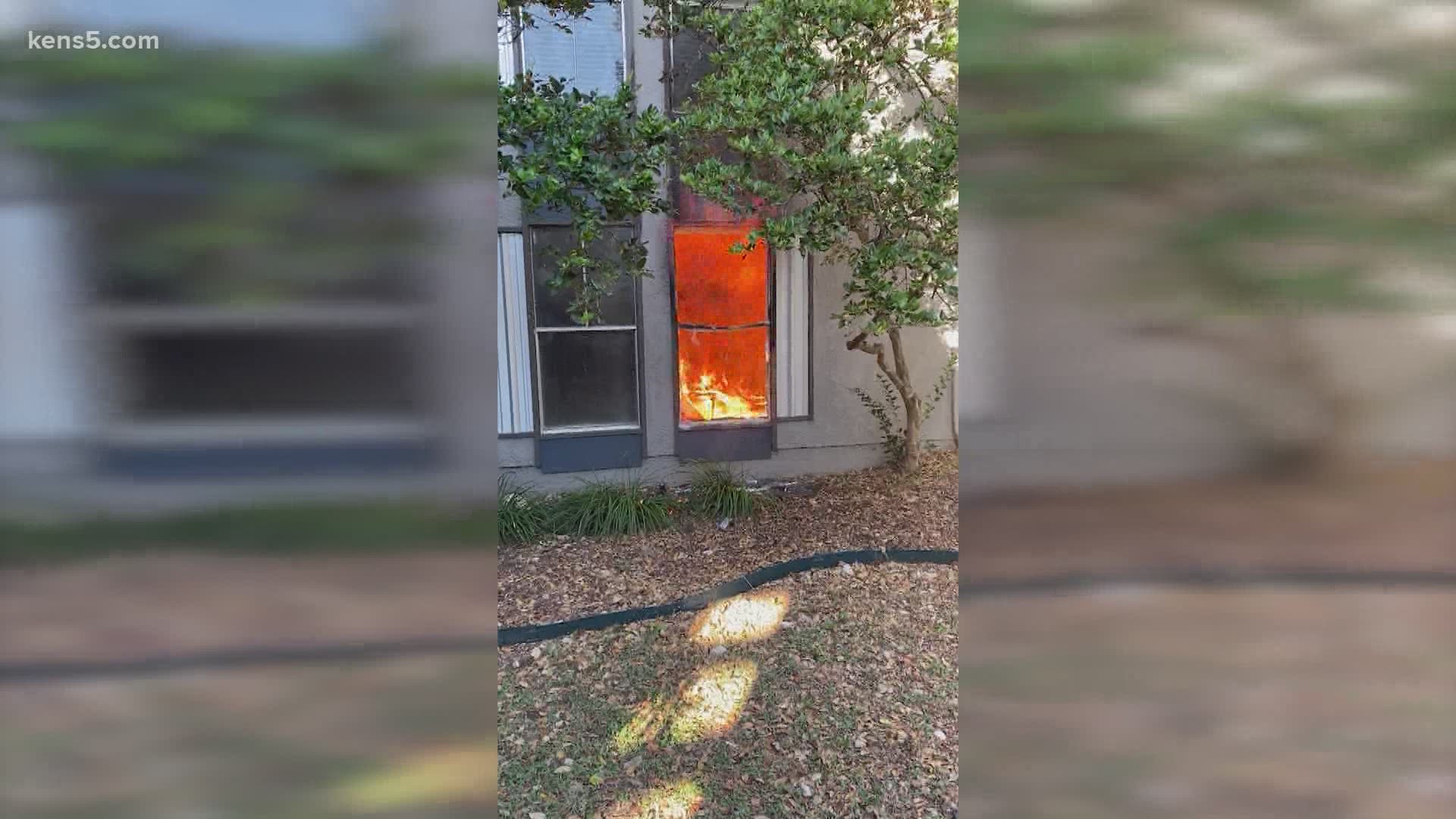 SAN ANTONIO — One person has died after a northeast-side apartment complex caught fire Thursday morning, according to a spokesperson with SAFD.

Firefighters were called out to the two-alarm fire in the 8800 block of Starcrest Drive just after 9 a.m.

The person killed at the scene was a woman in her 60's. Her identity is not yet available. There were no other injuries reported, however fire officials say a small dog was also killed.

Fire crews do not yet know how the fire started.

"There was heavy smoke damage in that unit, so there is no way to know the cause of the fire at this time," Fire Chief Charles Hood said at the scene.

Chief Hood also said crews used a technique when they first arrived called "resetting" the fire. That is a strategy used when firefighters first arrive to a fire with heavy flames. The firefighters put water in a window to cool it down so they can enter the building.

Crews say the fire was contained to the victim's apartment, but there was minor smoke damage to three other units.

Services are being offered to the people displaced from those units.

A live stream of the scene can be viewed here.