San Angelo ISD comes up with a cost analysis for the possible renaming of Robert E. Lee Middle School

The total cost for renaming the middle school would be $74,068, according to the district. 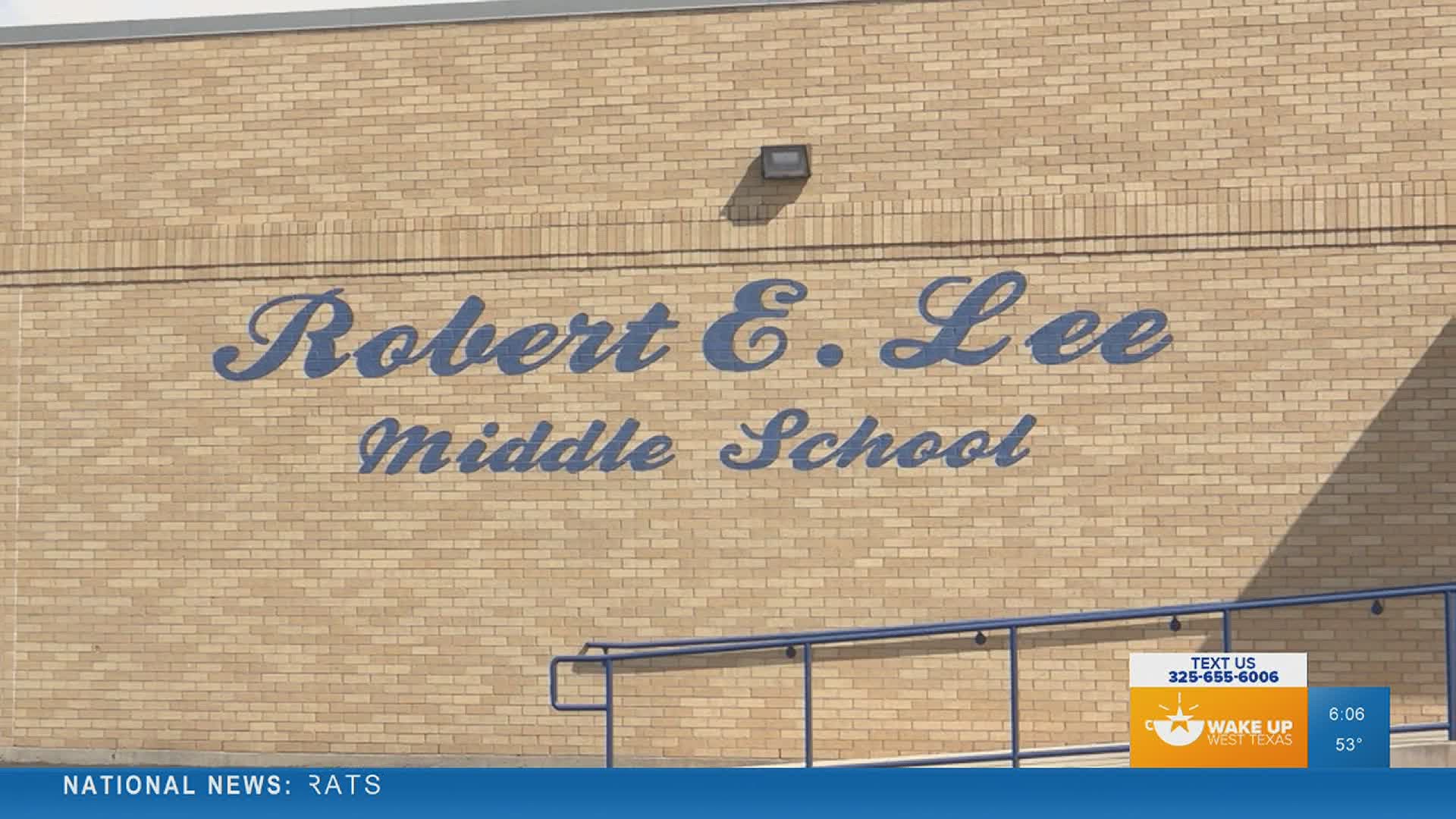 SAN ANGELO, Texas — The San Angelo Independent School District has come up with a comprehensive cost analysis of what it would take to change the name of Robert E. Lee Middle School in San Angelo; if that is what the board decides to do.

According to their findings, it would cost:

At Tuesday's pre-agenda workshop, SAISD superintendent Dr. Dethloff mentioned the boy's gym needs to be resanded, repainted and recoated regardless of the name change because of discoloration.

The total cost of changing the name of Robert E. Lee Middle School would come to $74,068.

According to the district, the potential costs are already available in the school's current budget and would not result in a tax increase for citizens.

The board will vote the week of October 19-23 on whether or not to rename the school. If they vote in favor of renaming, additional meetings will take place extending out to November 2020 to confirm a new name for the school.

These are some of the suggestions released by the district, based on citizen input: