Many San Angelo residents were disappointed Thursday when a special flyover from Laughlin Air Force Base came much earlier than expected. 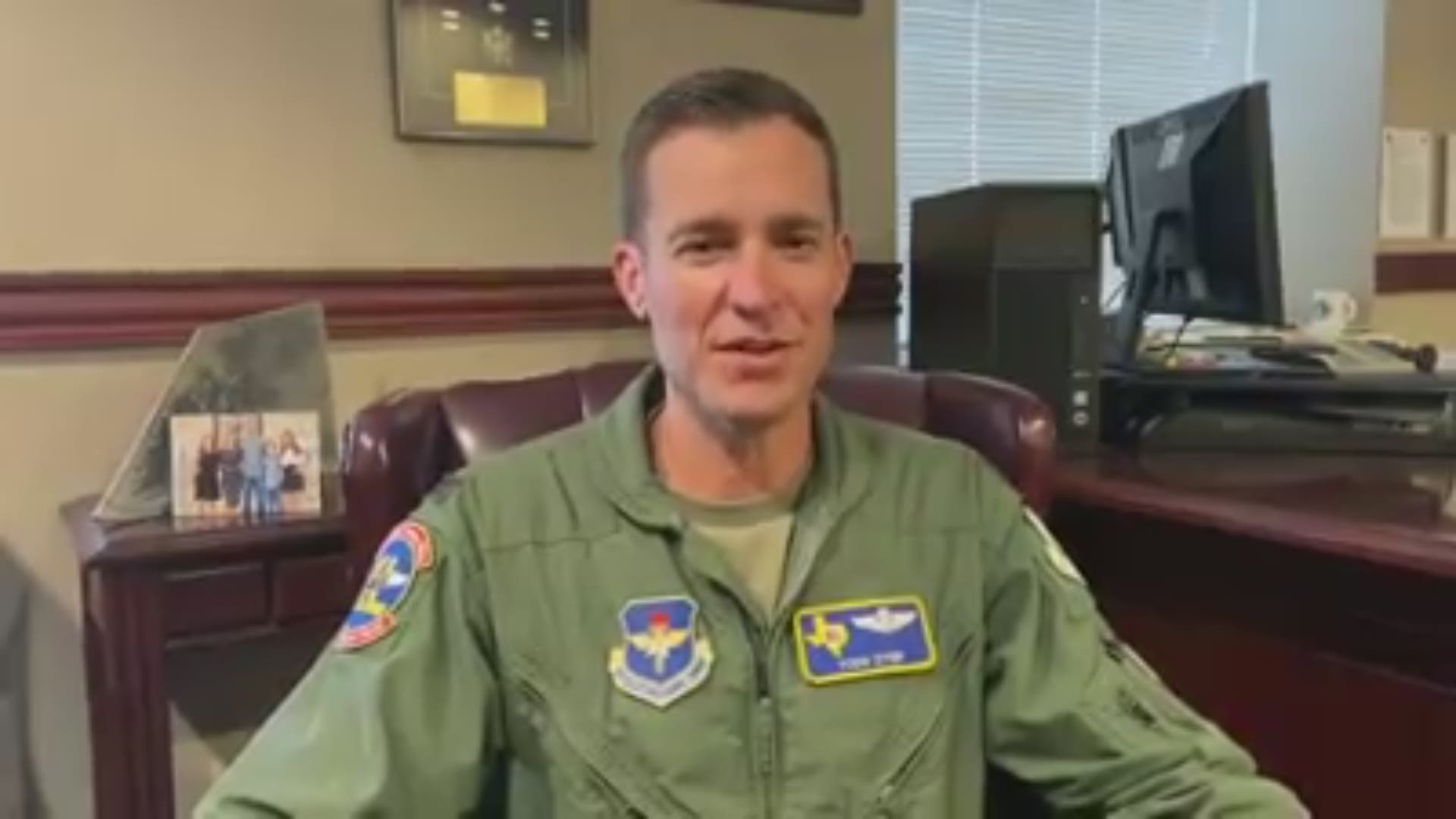 Shortly after 9 p.m. Wednesday, a press release from Goodfellow Air Force Base regarding the flyover updated the time for the event for between 4 p.m. and 4:15 p.m., with a disclaimer "Times are subject to change."

And, Thursday afternoon, the time did change. However, Col. Todd Dyer from Laughlin AFB said there was a reason for the early flyover.

In a video statement on the base's Facebook page, Dyer explained:

"I just wanted to take a second to thank the San Angelo community. We had a flyover scheduled today at around four o'clock and unfortunately we showed up a little bit early. That was due to inclement weather that was scheduled to arrive over Laughlin this afternoon, and in order to get out pilots and our airplanes safely sheltered, we had to bring them back a little bit early.

I know that was an inconvenience and some of you may have missed it, I apologize again. I want to say thank you though again, great partnership with the San Angelo community. Hope you all have a great Memorial Day weekend."

RELATED: Laughlin AFB conducting flyover event to honor the military and those on the frontline of COVID-19