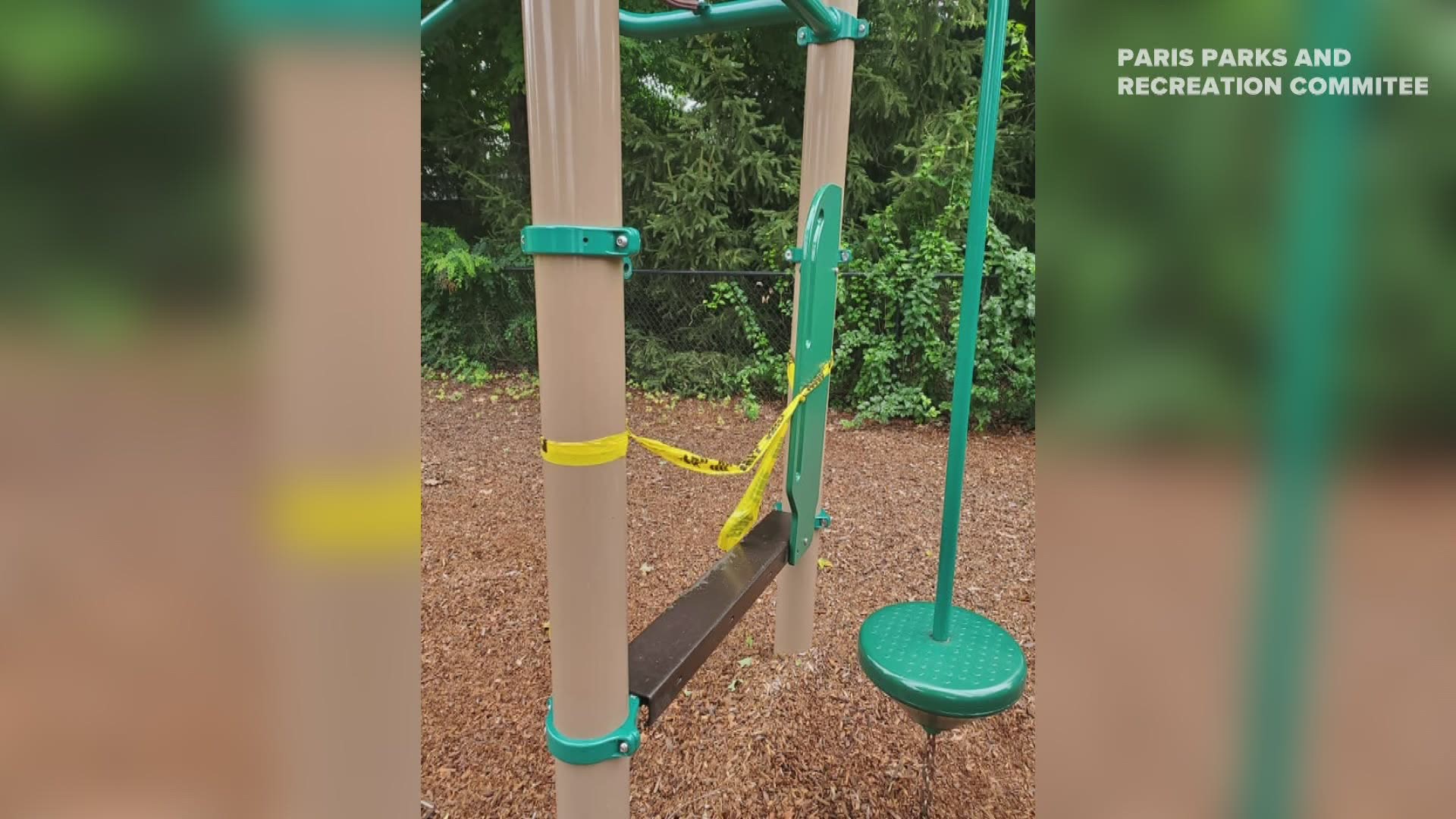 Sections of the playground were closed off with caution tape Monday morning, by the afternoon, and Department of Parks and Recreation Director Candice Jack said a padlocked chain was put up to completely close the playground, rather than just sections.

She said they made the decision to close the playground for the safety of the children, and it will be closed until they can get the parts needed for repairs and an inspection can be completed.

Jack was at the park Monday morning when she said a parent alerted her of the missing screws. Officials aren’t sure how long the equipment has been missing the screws or when they may have been stolen, as police suggest.

"It's sad someone is stealing from the children," Jack said.

“As screws and bolts do not typically leave the structures they are attached to by themselves we can only assume they were purposely removed,” Paris Police Chief Michael Dailey told NEWS CENTER Maine. “It is unclear when they were taken, how long they have been missing, or why they may have been taken.”

Jack said the town is accepting monetary donations to help pay for the costs of the repairs. People can drop off donations at the Paris Town Office.