A family is thankful no one was hurt after a fire gutted their home on Vermont Avenue. 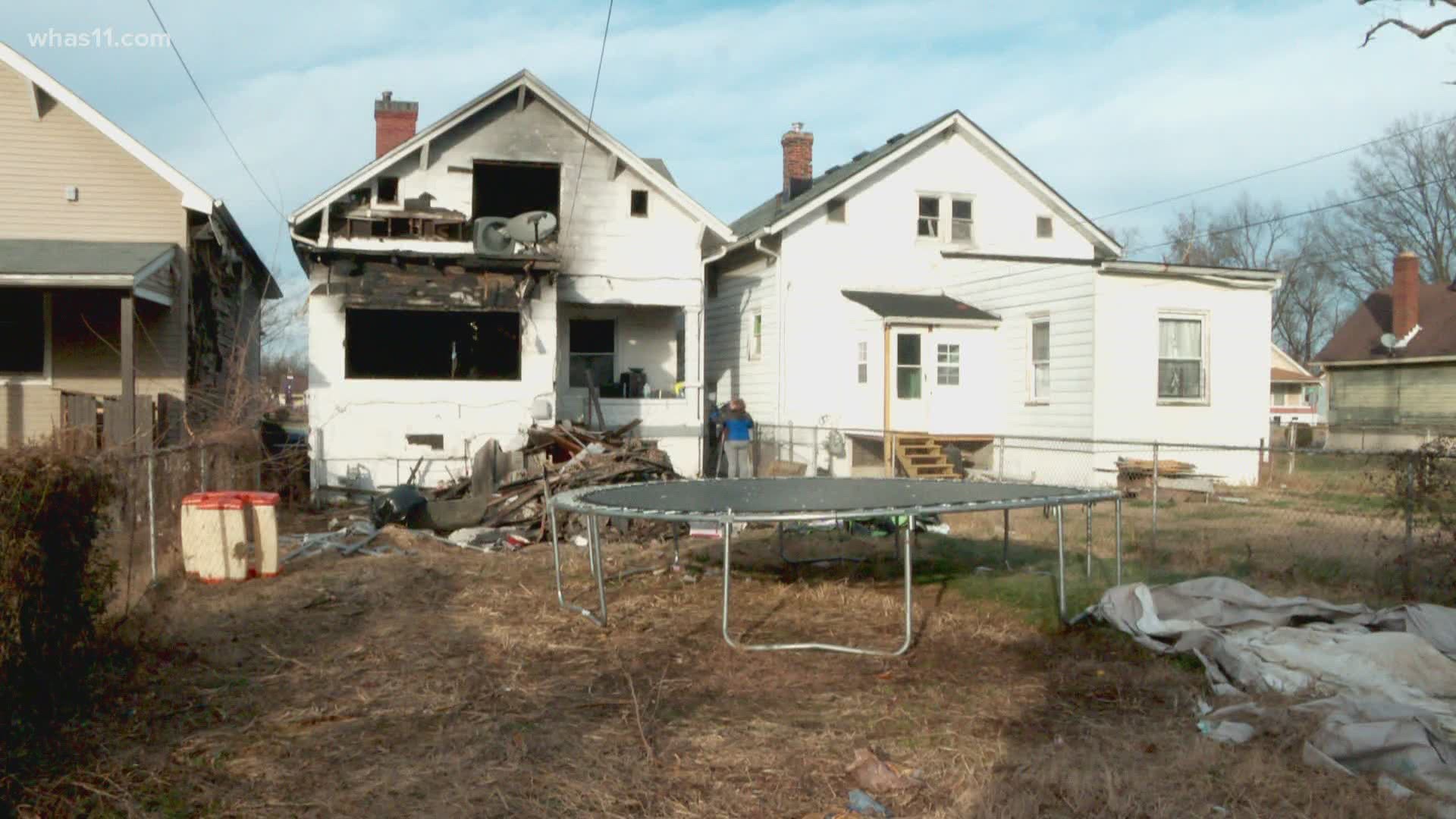 LOUISVILLE, Ky. — From the front, you may drive by without noticing, but the back tells a different story.

A home in the Shawnee neighborhood on Vermont has been completely gutted.

“When I checked my phone at 10 o’clock, I had a text message from the sergeant at the fire department saying I needed to call him as soon as possible,” Chaunda Lee said. "I'm hoping this is a Christmas joke or Christmas prank. It wasn't real."

Lee was spending Christmas Day with her kids visiting other family and no one was home when the fire broke out.

Louisville Fire Department Major Bobby Cooper says fire crews arrived to the home on Vermont Ave. in the Shawnee neighborhood just before 7 p.m. Mjr. Cooper said it took about 25 minutes to get the fire under control.

"Firefighters quickly made entry, conducted search and rescue operations and initiated an interior fire attack on the main fire building. Outside crews deployed exposure lines to protect surrounding property," Mjr. Cooper said. "The close-proximity of adjacent buildings and a heavy volume of fire, were some of the challenges fire crews endured. No civilians or firefighters were injured during the incident."

"She said 'Granny, I think somethings happened next door. I hear glass breaking,'" Taylor said. "By the time I walked into the dining room, I heard this boom."

On a normal Christmas Day, Lee said lives would have been at risk.

“I would have a house full of people. I would be cooking, we would be playing Christmas songs and baking cookies. My house for my family is the house – it’s the family house,” she said. “Physically, everybody is okay but mentally, we’re tore up.”

Lee said everything she owns is a complete loss. The first and second floor of her home were destroyed. She said the fire took everything away from her, things she had built back into her life.

“I just came from being homeless – like just two years ago I was homeless. Me and my kids was on the streets,” she emotionally expressed.

Lee is known for cooking meals during the protests this year and without home insurance all of her cooking tools are gone in the fire.

"I'm hoping to open a restaurant called the 'Taste of Victory' in April of 2021. That has been a dream of mind for a lot of years," Lee said.

A GoFundMe was set up to help Lee's family and the outpouring of support already, she said, has been overwhelming.

"It feels good that people are still caring out here," she said. "Things can be replaced, my kids are safe, so I'm a little bit at ease with that but it's not less hurtful."

The cause of the fire is still unknown but LFD says arson investigators are working to figure out what happened.