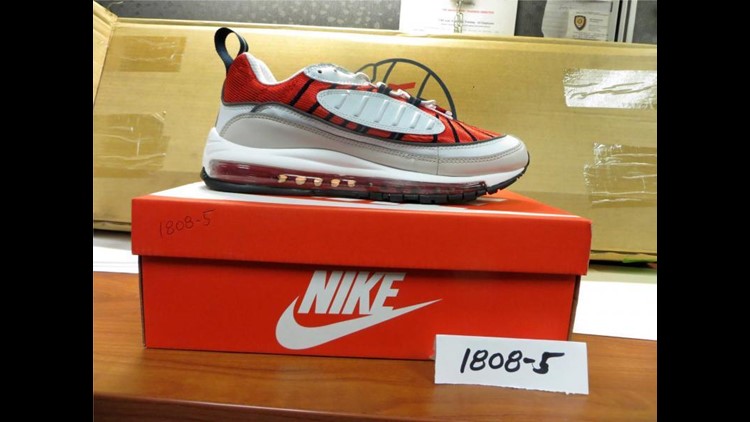 CBP said in a press release Tuesday that 9,024 pairs of counterfeit Nike sneakers were found by officers in late September. If authentic, the sneakers would have a MSRP of $1,695,600.

Officers inspected the shipment after it arrived from Dongguan City, China. They submitted digital images of the sneakers to CBP’s Apparel Footwear and Textiles Center for Excellence and Expertise, the agency’s trade experts. CEE specialists worked with the trademark holders and determined the sneakers were counterfeit.

The seizure was completed Thursday. The sneakers were supposed to go to an address in Chino, California. Immigration and Customs Enforcement’s Homeland Security Investigations agents in Newark, N.J., are continuing to investigate.

“This significant seizure of counterfeit Nike sneakers illustrates Customs and Border Protection’s continued commitment to protecting the American consumer against the proliferation of substandard and potentially unsafe counterfeit consumer goods,” Troy Miller, director of CBP’s New York Field Office said in the release. “Enforcing Intellectual Property Rights laws is a CBP priority trade mission. We will continue to work closely with our trade and law enforcement partners to identify and seize counterfeit merchandise that could potentially harm U.S. consumers and businesses.”

The manufacturing of counterfeit goods robs legitimate businesses of revenue and American workers of jobs as well as poses health and safety threats to U.S. consumers. Oftentimes, CBP said, the proceeds from counterfeit merchandise sales supports other nefarious and illicit businesses.