People took to social media to post about the long lines Saturday afternoon. 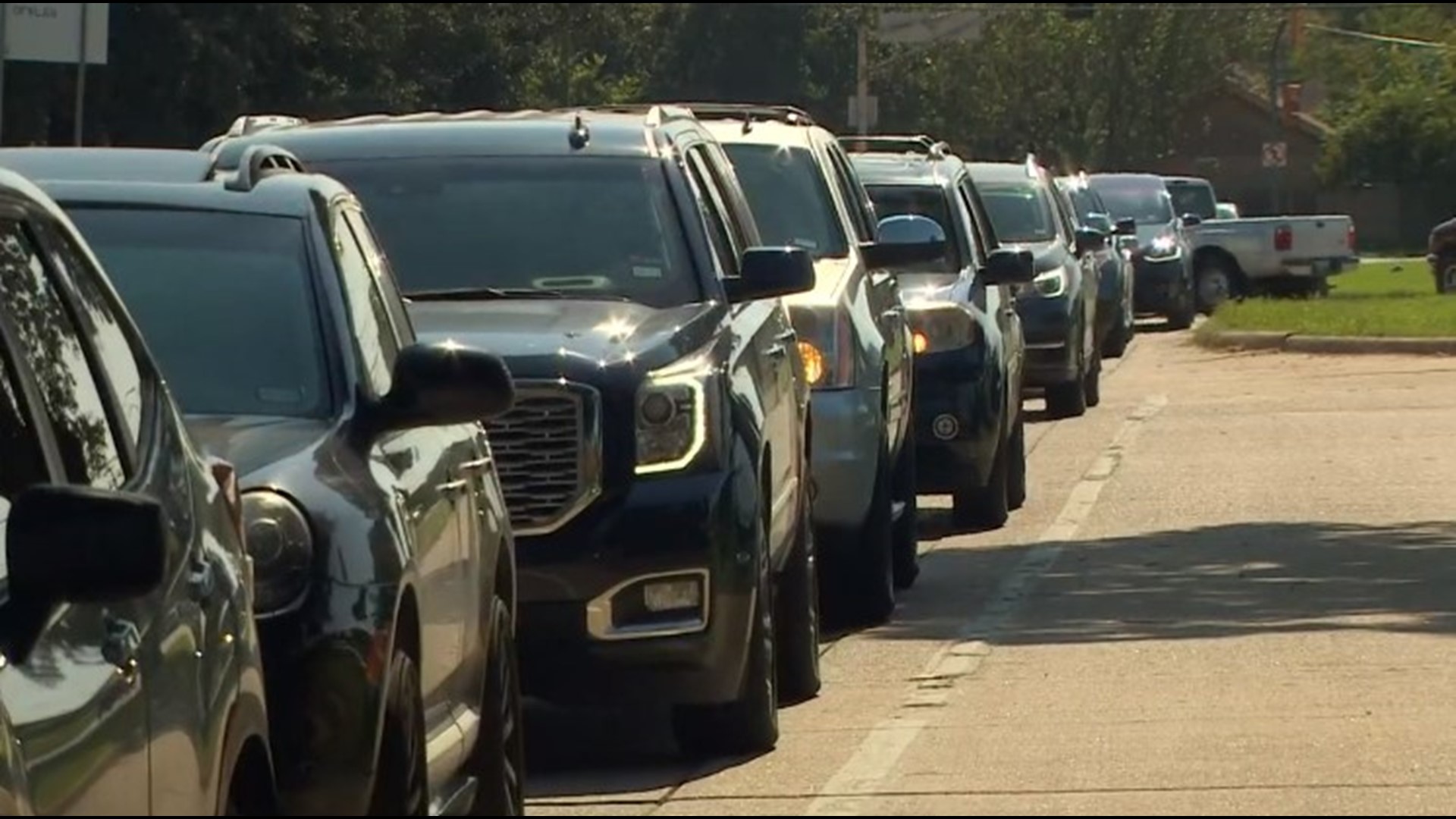 DALLAS — Some visitors at the opening weekend of the Big Tex Fair Food Drive-Thru Event reported waiting in line for more than two hours Saturday afternoon.

People took to social media to post photos and comments about the long wait times to get into Fair Park.

The event Saturday was sold out, a spokesperson for the State Fair of Texas confirmed, and around 2,400 cars were expected to go through between 9 a.m. and 6 p.m.

One person waiting in line tweeted that cars were running out of gas. Another visitor reported that they waited in line for more than two hours but also said the event went smoothly once inside Fair Park.

Once inside, its smooth going. All very well organized with food distributing and even photo with big tex

@StateFairOfTX these lines... but we have to come to THE State fair of Texas every year, even if it is just a drive thru. pic.twitter.com/O1MD1KtOIq

Wow, 2 hours in line, and I think we may only half way through!

Some reported the entire experience lasted close to four hours.  While it wasn’t the state fair many were hoping for this year, at the end of a long afternoon some say tradition is worth the wait.

“It took longer than we expected it to,” said Callie Hartman who attended with her husband and newborn.  “I’ve been to the state fair almost every year I’ve been alive and we just had our daughter this year over the summer so wanted to find a way to bring her along.”

Despite the long lines, most drivers WFAA spoke to said they enjoyed the experience.

The drive-thru event, which has a limited amount of tickets, is being held on weekends through mid-October.

After the State Fair of Texas was canceled due to COVID-19, fair organizers said they wanted to give Texans a chance to keep their tradition of taking a picture with Big Tex alive.

Friday afternoon, many people shared their family photos with Big Tex on Facebook. One woman said, "It was worth it to our family... first-day fair-goers for over 25 yrs."

View more photos in the thread below:

HOWDY, Big Tex 🤩🎉🤠☀️ and Happy Opening Day of the #BigTex Fair Food Drive-Thru! Get your tickets online at BigTex.com/DriveThru