The initial call officers were responding to was domestic violence-related. The suspect fled the scene, armed with a gun. 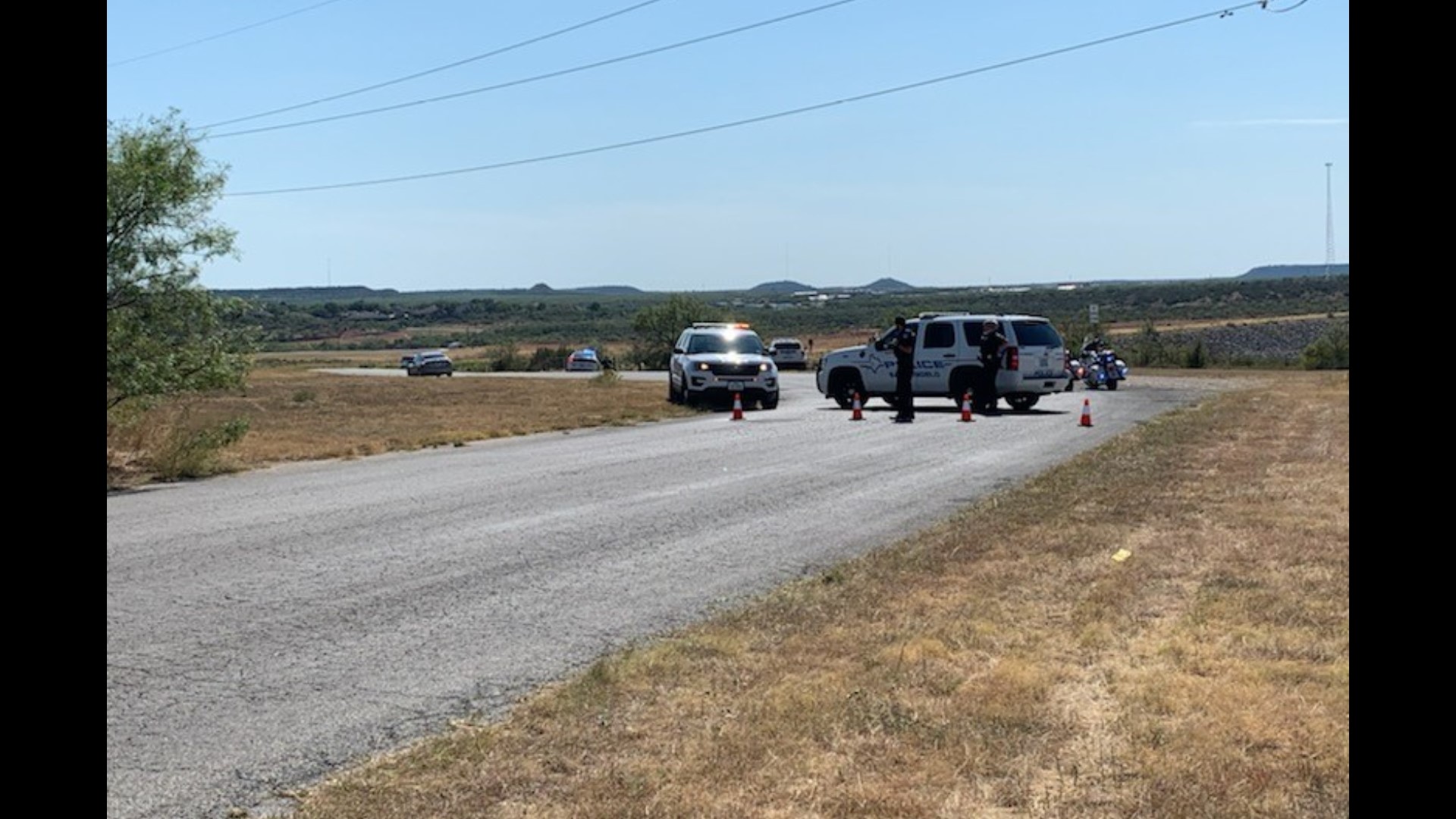 SAN ANGELO, Texas — UPDATE: 9 p.m. Aug. 5 - At a press conference held at the San Angelo Police Department Headquarters, Officer Tracy Piatt-Fox said at approximately 4:18 p.m. Wednesday, SAPD officers were dispatched to the 700 block of Wicklow Court for the report of an unknown problem.

While en route, officers were informed the call was related to domestic violence, and the suspect was armed with a gun.

Responding officers found the suspect's vehicle fleeing the area and tried to conduct a probable cause traffic stop. The suspect refused to stop and a slow speed vehicle pursuit ensued, Piatt-Fox said.

The pursuit ended near the 4600 block of Arden Road when the suspect exited his vehicle, holding a handgun.

Piatt-Fox said the suspect then fled northbound on foot, crossing Arden Road into an open field.

Officers began rendering life-saving measures, but the suspect died from his injuries at the scene.

The suspect was identified as Roberto Hernandez Jr., 29, of San Angelo.

The Texas Rangers are investigating the shooting, along with the SAPD Criminal Investigations Division and Office of Professional Standards. The officers who were involved were placed on administrative leave, which is standard operating procedure for officer-involved shootings, Piatt-Fox said.

She said any further information into the investigation will come from the Texas Rangers.

UPDATE: 6:32 p.m. Aug. 5 - According to a tweet from the San Angelo Police Department, there is no threat to the public following an officer-involved shooting on Arden Road.

The Texas Rangers have taken over the investigation.

Active Investigation: Officer Involved Shooting on Arden Road.
*There is NO threat to the public
*Arden Road is closed from Mercedes to Hunters Glen until further notice
*More information will be released when it becomes available
*DPS Texas Rangers has assumed the investigation

At the scene, San Angelo Police Department Officer Tracy Piatt-Fox said there was an officer-related shooting near the state park and that Arden Road from Mercedes Avenue to Hunters Glen will be closed until further notice.

This is a developing story. More information will be posted as it becomes available.