"We were pretty star struck. She was amazing and so nice to our customers," owner Sheryl Franks told 6 News. 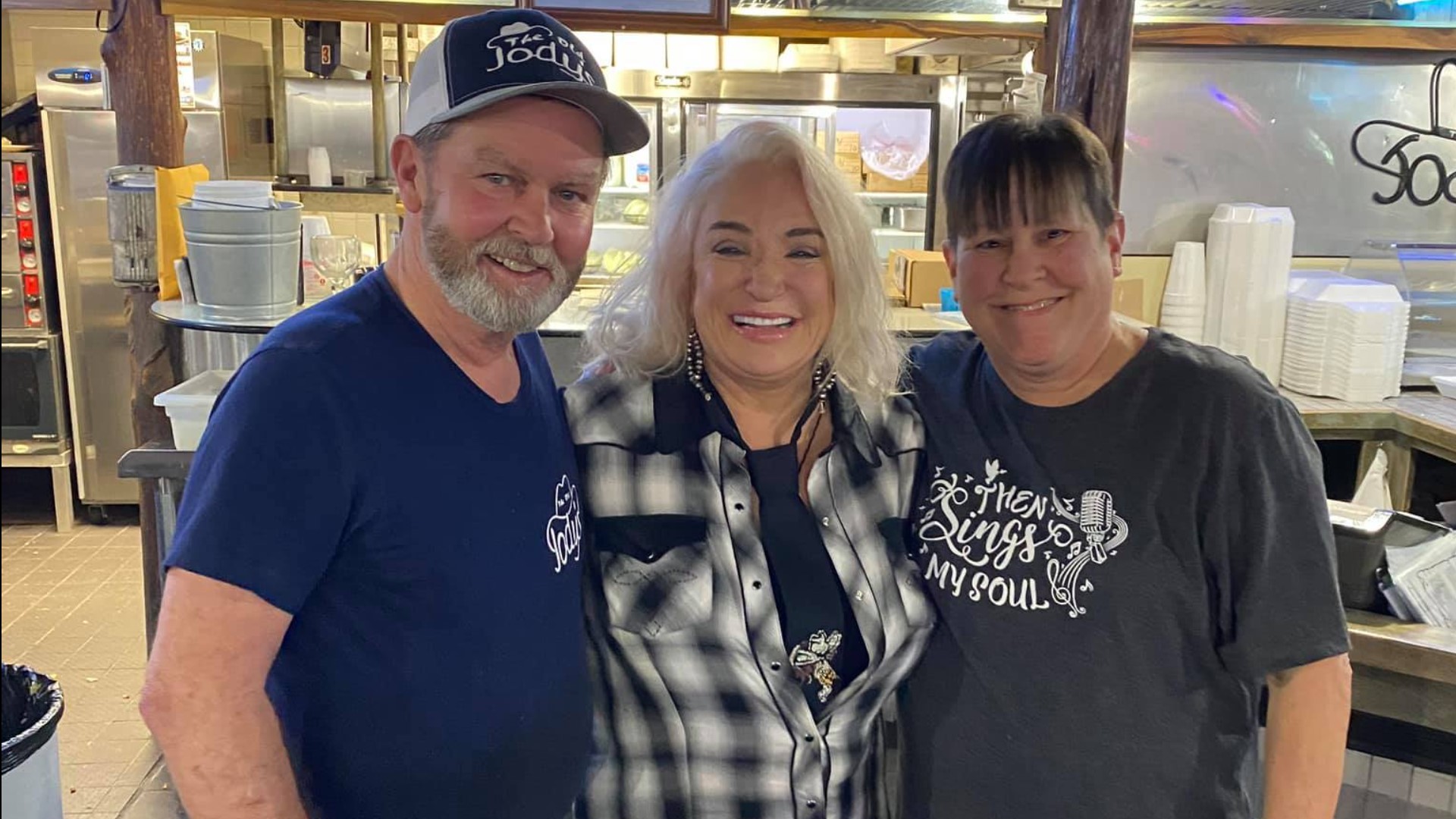 She surprised the owners, employees and patrons of Old Jody's in Temple on Friday after she stopped by to eat their delicious grub.

"You never know who you'll run into at Jody's," the restaurant said in a Facebook post that day. "Tanya Tucker was in town and came in to eat some good ole country cooking."

Owner Sheryl Franks told 6 News she was brought to the restaurant by one of their Belton regulars.

"She loved the food and atmosphere," Franks said. "She was so nice and down to earth. We were pretty star struck. She was amazing and so nice to our customers."

Why Tucker was in town is unknown, but what we do know: She sure has great taste!

Old Jody's is known to be the longest running restaurant in Temple.

Credit: The Old Jody's
American Country singer, Tanya Tucker, knows where to get some good ole country cooking in Central Texas -- The Old Jody's in Temple!