Multiple groups of protestors showed up to rally over different topics. 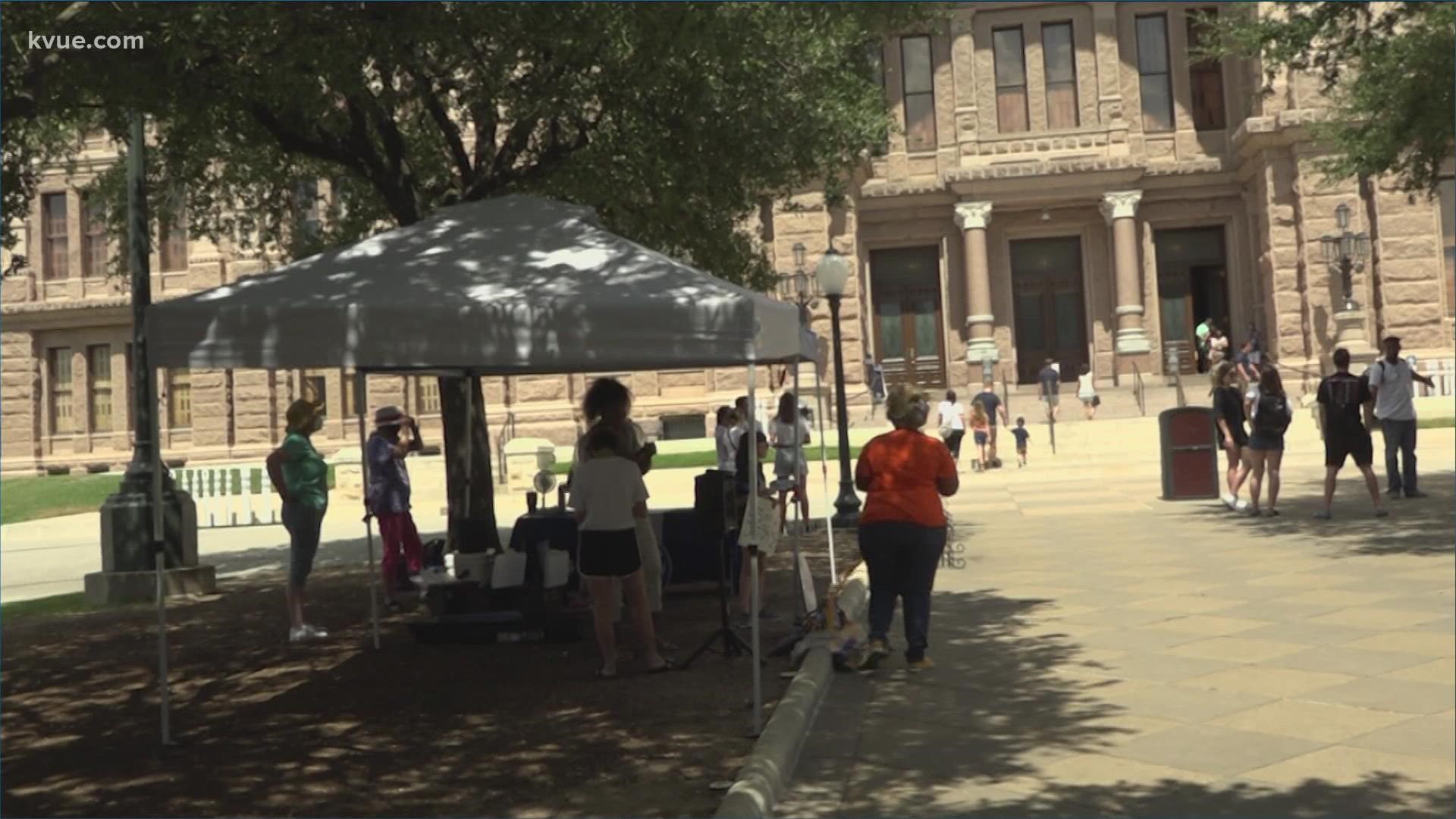 AUSTIN, Texas — Controversy over the Texas abortion law shows no sign of slowing down.

On Saturday, there were two separate rallies – one to show support for the new law that went into effect Sept. 1 and one against it.

The rally in support of the law was scheduled from 9 a.m. to 11 a.m. on the south steps of the Texas State Capitol. Then, an hour later, the protest against the law was set to start at the Capitol.

The abortion law prohibits abortions as soon as a fetal heartbeat is detected, which could be as early as six weeks into pregnancy and before many women find out they are pregnant. It's the most restrictive ban on abortions since the passage of Roe v. Wade.

The law is enforced by private citizens who can sue abortion providers and those who help with abortions. They are awarded $10,000 if they win the lawsuit.

Also on Saturday, Texans from across the state gathered to bring attention to the struggles millions of immigrants in the U.S. face every day.

"We believe we should be treated as a state that has so much to gain but, again, so much to lose with everything that's happening with immigration," said Cesar Espinosa. "We should be a state that should be leading the nation for more progressive changes and a more humanitarian outlook for the immigrant community."

Espinosa works with FIEL Houston, an immigrant rights organization, and Texas Organizing Project, which works to give people of color power and representation.

His caravan out of Houston was critical of Gov. Abbott's policies at the border. The groups want to see lawmakers carve a much easier pathway to citizenship.