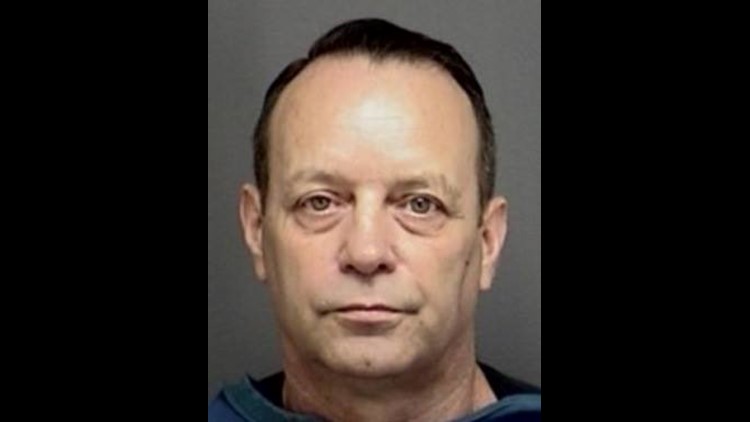 AUSTIN — The Texas Department of Public Safety has increased the award for one its most wanted criminals to $8,000. The reward is for information leading to the capture of David Dale Booth, 60, a Texas 10 Most Wanted Sex Offender and this month's featured fugitive.

The $8,000 reward will only be distributed if the tip comes in during the month of December. Booth is wanted for parole violation and failure to comply with sex offender registration requirements.

Booth was convicted in Tarrant County in 1998 of aggravated sexual assault of a child and indecency with a child - sexual contact involving an eight-year-old girl. He was paroled from prison in 2014, and has been wanted by law enforcement since 2015. His last known ties were to Wichita Falls. Booth’s criminal history includes an attempted murder conviction.

He is a white male, 5 feet 11 inches tall and weighs approximately 195 lbs. with tattoos on both of his upper arms. Booth has previously worked in the rail car repair industry.

One offender from the Texas 10 Most Wanted Program is featured each month in hopes the higher reward money from the Governor's Criminal Justice Division will generate additional tips. The higher reward amount will only be paid if the tip comes in the same month the fugitive is featured. So far in 2018, Texas Crime Stoppers has paid $31,500 in total rewards for anonymous tips that resulted in arrests.

To be eligible for the cash rewards, tipsters are required to either, call the Crime Stoppers hotline at 800-252-8477; submit a web tip through the DPS website; or submit a Facebook tip by clicking the "SUBMIT A TIP" link (under the "About" section).

All tips are guaranteed to be anonymous – regardless of how they are submitted – and tipsters will be provided a tip number instead of using a name. DPS investigators work with local law enforcement agencies to select fugitives for the Texas 10 Most Wanted Fugitive and Sex Offender lists.