Walker was shot in the abdomen and head Friday evening near Mexia and was taken to the hospital where he remains alive and in critical condition. 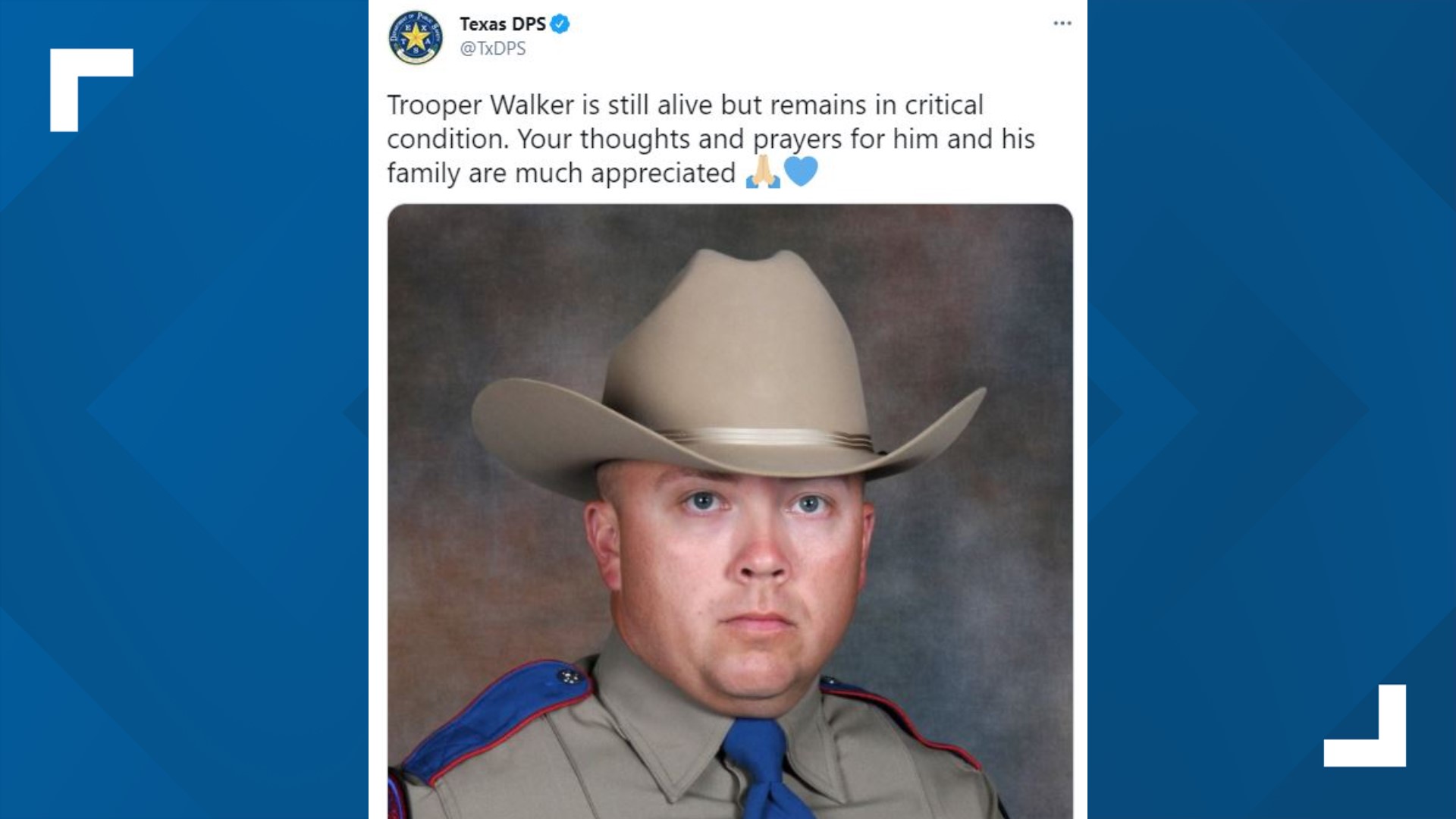 Walker was shot in the head and abdomen as he pulled in behind what appeared to be a disabled vehicle at FM 2848 and Highway 84 in Limestone County, according to the Texas DPS Officers Association.

He was flown to the Waco hospital where he has remained in critical condition since, officials said.

The suspect accused of shooting him, DeArthur Pinson, Jr., fled the scene after the shooting. A search for 36-year-old Pinson, Jr. began and a blue alert was issued to help find him.

Texas DPS said Saturday evening, a day after the shooting, that they located Pinson, Jr. barricaded in a home off Highway 84 near Mexia. However, law enforcement officers found Pinson, Jr. dead after he died by suicide, officials reported.

A fundraiser was started for Walker and his family to help raise money for medical and travel expenses, according to the organizer Kara Hardin.

The GoFundMe page states that Walker and his wife have four children, including a 15-year-old son, twin 7-year-old daughters and a 2-month-old daughter.

Trooper Walker is still alive but remains in critical condition. Your thoughts and prayers for him and his family are much appreciated 🙏🏼💙 pic.twitter.com/v8gq8VICub