'We didn't have enough water and food stockpiled': State officials admit they weren't ready for aftermath of devastating storm

Officials said 9 million bottles of water and 5 million ready-to-eat-meals have been ordered. Military planes will be used to help distribute them to cities. 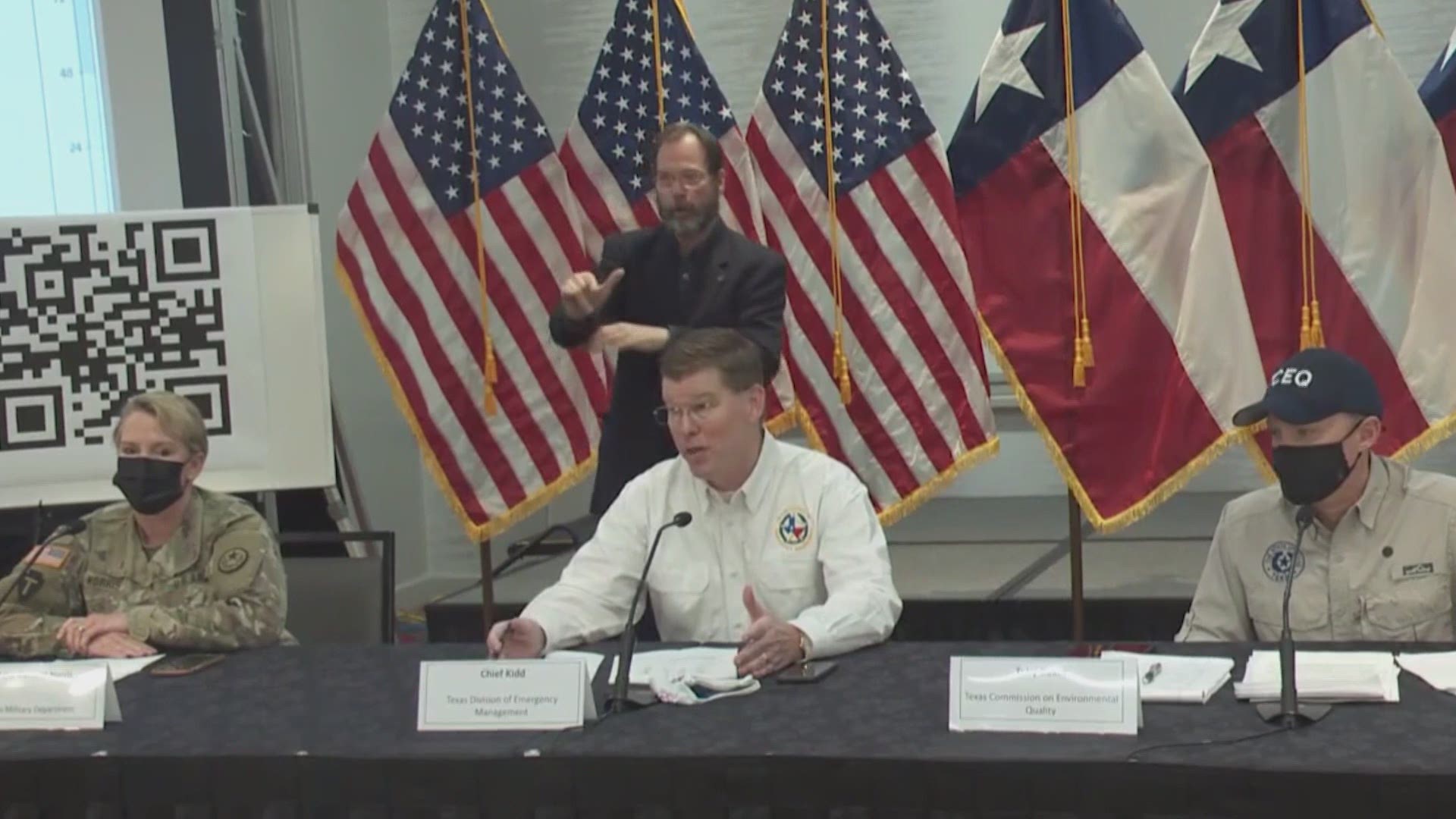 Some Texans say they still can't believe what has happened in the last week.

"I had a friend reach out. She felt she was in a weird apocalyptic movie,” said Elissa Wev.

For Wev and her partner, the nightmare started two weeks ago when a drunk driver ran into her home in Oak Cliff.

"We were already living out of an Airbnb," said Wev.

Like millions of others, she lost power while at the Airbnb, then the pipes burst and she had no water.

“We were collecting snow off the pavement, melting it on stove top to flush,” said Wev.

She is frustrated because she had to find yet another place to stay, because a plumber couldn't be found.

“The plumber said it would be a week before they could get out there,” said Wev.

There are still an estimated 14 million people without water. State officials said crews are working around the clock to try and help, but getting water to people hasn't been easy.

Officials said military cargo planes and helicopters are being used to fly supplies to people in need.

“We flew water yesterday and the day before yesterday because the roads were still too iced up, and so, it may not have been then a point of were they the ones most in need of water or were they the ones we could get to first,” said Texas Division of Emergency Management Chief Nim Kidd.

State officials admitted they weren't ready for what happened, and the state didn't have enough water and food stockpiled for this devastating winter storm.

RELATED: No power? Here's where to get free firewood, food, water, warmth in North Texas

“We do think there need to be more locations across the state at the local level and state, where resources are staged and stocked before the event,” said Kidd.

TCEQ said it's working to get the boil orders lifted in cities across the state by increasing water testing sites and adding mobile testing units.

“My hope is that as we are tracking this, we have hit the worse and we have stabilized. Sort of getting out of a hole,” said Toby Baker, TCEQ executive director.

The state has ordered nine million bottles of water and five million meals ready to eat that will be arriving soon.

The Texas Division of Emergency Management and Texas Commission of Environmental Quality have put information on their websites regarding distribution, but also on where to sign up for help for federal assistance.

There is also information on TCEQ’s website on where and how to get rid or dry wall, soggy carpet and other materials from flooding in your home.