Opponents of the changes in Texas filed lawsuits in federal court before the bill was even signed. 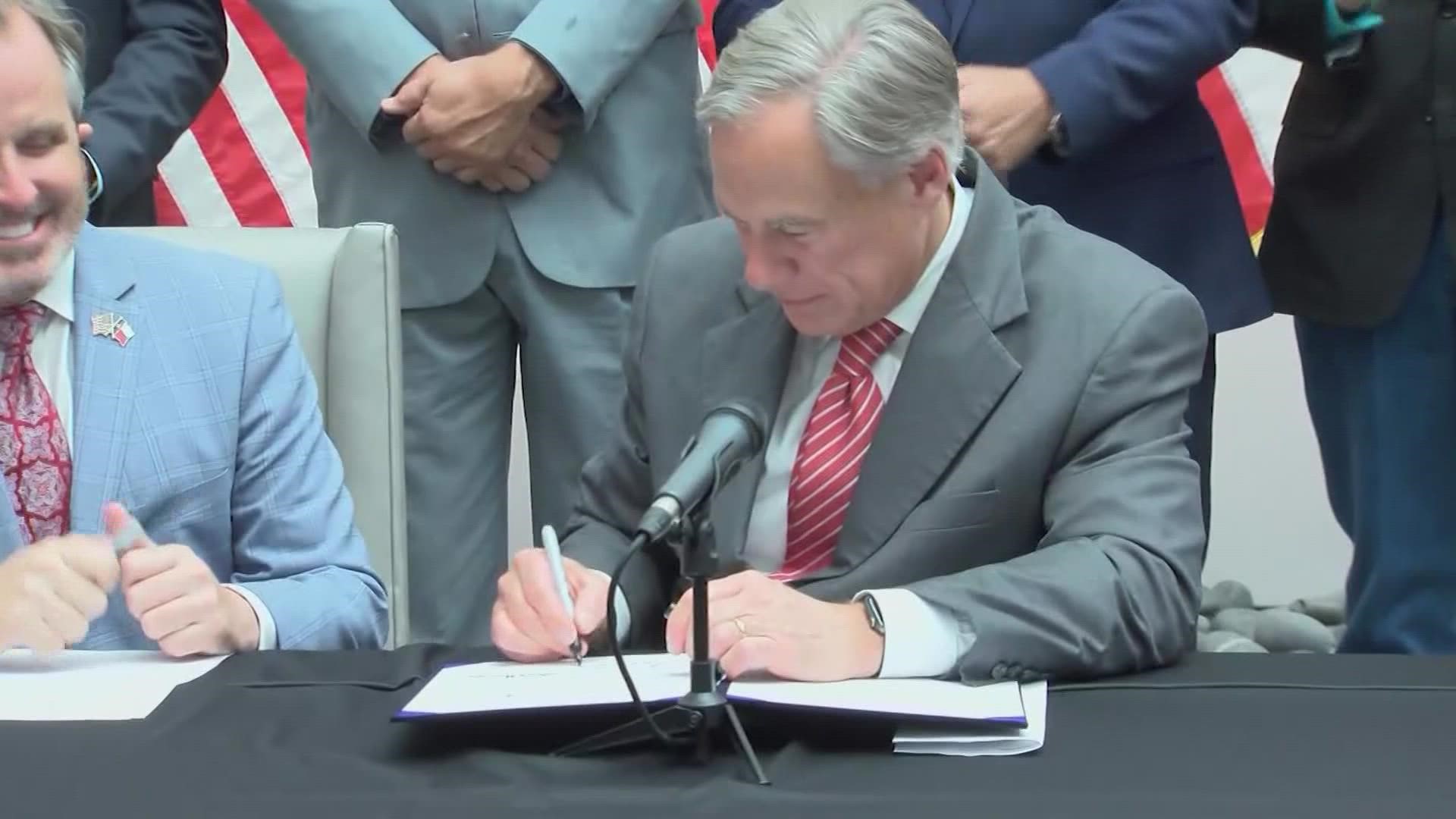 TYLER, Texas — Texas Gov. Greg Abbott has signed into law an overhaul of the state’s election rules following months of protests by Democrats.

Lawsuits have already been filed to block it, including one by LULAC, Voto Latino, Texas Alliance for Retired American and Texas AFT. You can read the full suit here.

It comes days after another lawsuit by organizations representing Latino and Black Texans was filed to stop the sweeping election changes.

Texas' new voting laws have been driven in part by former President Donald Trump’s false claims that the 2020 election was stolen.

I will not be rejoicing at the signing of the most restrictive and voter suppressive bills in the country right here in Texas. I will encourage people to turn your anger into action and vote in 2022. st

Senate Bill 1 went to the governor after it passed in the second legislative session following delays by House Democrats who broke quorum to stop the vote.

"One thing that all Texans can agree, is that we must have trust and confidence in our elections," Abbott said before signing the bill. "The bill that I'm about to sign helps to achieve that goal. One thing that it does is, it insures that every eligible voter will have the opportunity to vote."

But opponents of the changes in Texas have already begun filing lawsuits in federal court.

“This is not about protecting the ballot box,” said Domingo Garcia, LULAC national president, during a virtual press conference following the bill signing. “This is about making sure it’s harder for veterans who fought in the Vietnam War and Korea to vote if they’re seniors. It makes it harder to get an absentee ballot.”

While lawyers battle over the fate of SB1 in court, Congresswoman Sylvia Garcia, a Democrat from Houston, vowed to continue the fight in the Nation’s Capital.

“This is a really horrific bill,” said Rep. Garcia, following an unrelated press conference in north Houston. “We’re gonna do everything we can in Congress to continue to work toward passing HR 1 and HR 4, the John Lewis Act and the For the People Act.”

Below are the highlights of what the law will do:

Early voters can have access to the polls from 6 a.m. to 10 p.m. The new legislation also requires counties with a population of 55,000 or greater to offer at least 12 hours of early voting each day during the second week of early voting. That’s for state elections.

For local elections, the bill increases required early voting hours from 8 to 9 each day.

Local elections officials can now face felony charges if they send unsolicited mail-in ballot applications to voters. It’s still OK for political parties to do so, though.

Those who do want to vote-by-mail must now provide their driver’s license number or the last four digits of their Social Security number when they’re applying for a mail-in ballot and when they send it back in.

Anyone who’s helping someone fill out their ballot will now have to complete paperwork documenting their relationship to the voter.

Partisan poll watchers will have to have training. They can also be kicked out if they violate the state Penal Code.

But the law also gives them “free movement within a polling place,” just not at a voting station where a voter is actively filling out his or her ballot.

It’s also illegal to obstruct a poll watcher’s view “in a manner that would make observation not reasonably effective.”

Each month, the Texas Secretary of State’s Office is required to run its voter registration list against DPS’s database to remove anyone who is not a U.S. citizen.