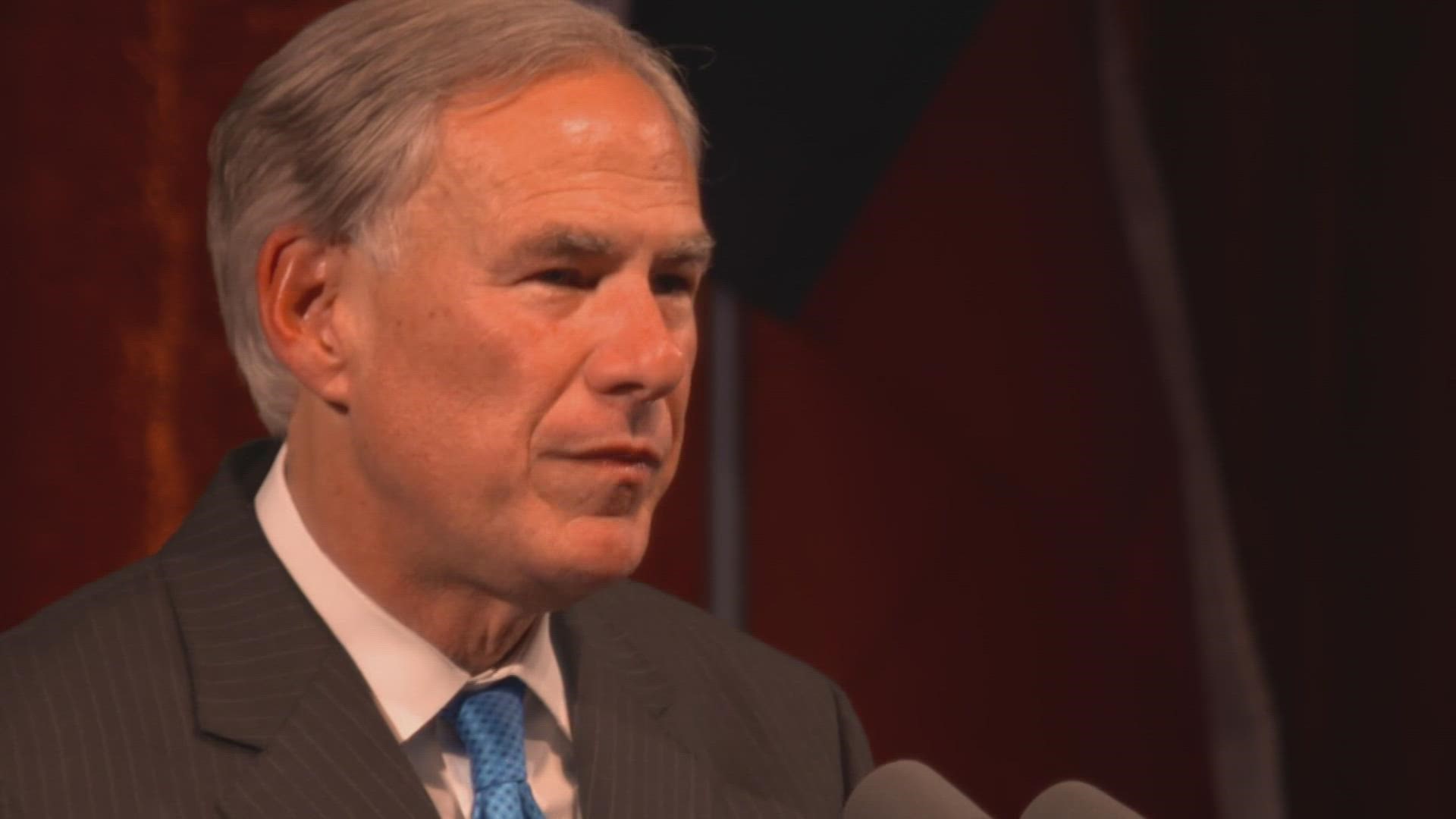 DALLAS — Governor Greg Abbott has not taken a fourth special legislative session off the table in Texas.

He briefly addressed the media before a speaking engagement in Dallas Tuesday night.

Asked if he will call lawmakers back to Austin to address COVID vaccine mandates, the governor told WFAA, “There’s always a special session possibility for anything.”

He also ordered lawmakers, then in their third special session in Austin, to pass legislation banning COVID vaccine mandates.

Bills were filed but none passed before the session ended.

“There’s always the possibility of a special session for anything.”

— @GovAbbott tonight when I asked if he will call a fourth special legislative session to address #VaccineMandates in Texas.

The issue was on the call last session but no bills passed. #WFAA #txlege pic.twitter.com/zyVley5HS7

Abbott’s order conflicts with new federal regulations that were supposed to take effect in January.

According to OSHA regulations, businesses that have more than 100 workers must have a COVID vaccine mandate.

Workers need to either be fully vaccinated or comply with mandatory weekly COVID testing.

Federal regulations do supersede a state order, but a judge has put the Biden Administration’s plan on pause as a result of lawsuits filed by several states over the regulations’ constitutionality.

Abbott spoke at a gala put on by the Goodman Institute, a North Texas think tank.

During his speech, the governor touted Texas as a place where corporations are flocking because they are given the freedom to run their businesses the way they see fit.

That was a stumbling block for the vaccine mandate bills that were filed during the third special session.

As the bills were debated in the House and Senate, lawmakers from both parties questioned whether preventing businesses from instituting a vaccine requirement was counter to Texas’s claims of a business-friendly atmosphere.