Watch This: A meteor fires up the Texas night sky

Have you seen this? Many across Texas, Arkansas, Oklahoma and Louisiana witnessed the fireball in the sky. 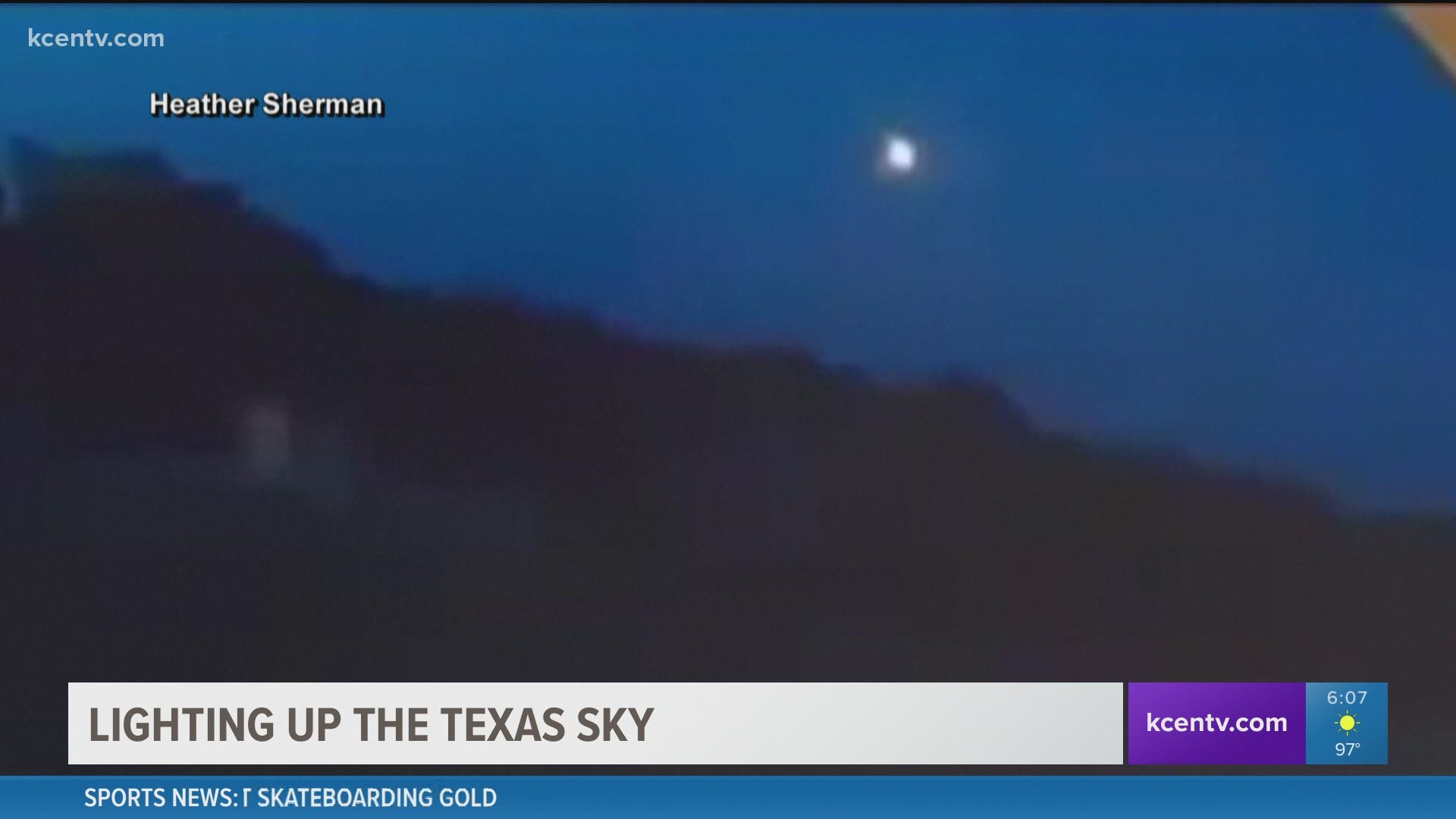 AUSTIN, Texas — The same night a giant meteor went across Norway, Texas got its own "meteor shower."

Across the skies of Texas, Arkansas, Oklahoma, and Louisiana, people were looking up to see the bright phenomenon light up the night.

This video posted on Facebook is one of many showing the slow-moving meteor breaking in the sky as it descended near Austin.

According to NASA, the meteor was said to be going around 30,000 miles per hour before fragmenting.

The sighting and videos definitely got Texans talking about it on social media with some even calling it an alien landing.

The story continues below.

A freaking meteor exploded over east Texas right by our lake house. My mom called me flipping out so I checked Twitter and sure enough, there are videos! 😱 https://t.co/sFug67d0cF

Aliens have landed in Texas. Or maybe it was just a meteor hit last night. #meteor #texas https://t.co/HGnmktLoqK

Of course, no aliens landed last night but NASA said, due to the slow speed, it's likely that a fragment of a meteor is what caused the fireball.

According to the American Meteor Society, the light is glowing hot air, which is created as the rock zips through our atmosphere. It eventually explodes from friction as it hits in the atmosphere.

Any pieces that make it to the ground are called meteorites.

For more information about meteors check out the American Meteor Society.

Below is a map of people who reportedly saw the meteor.