No Mask No Service: Will Judge Wolff's order hold up in court? 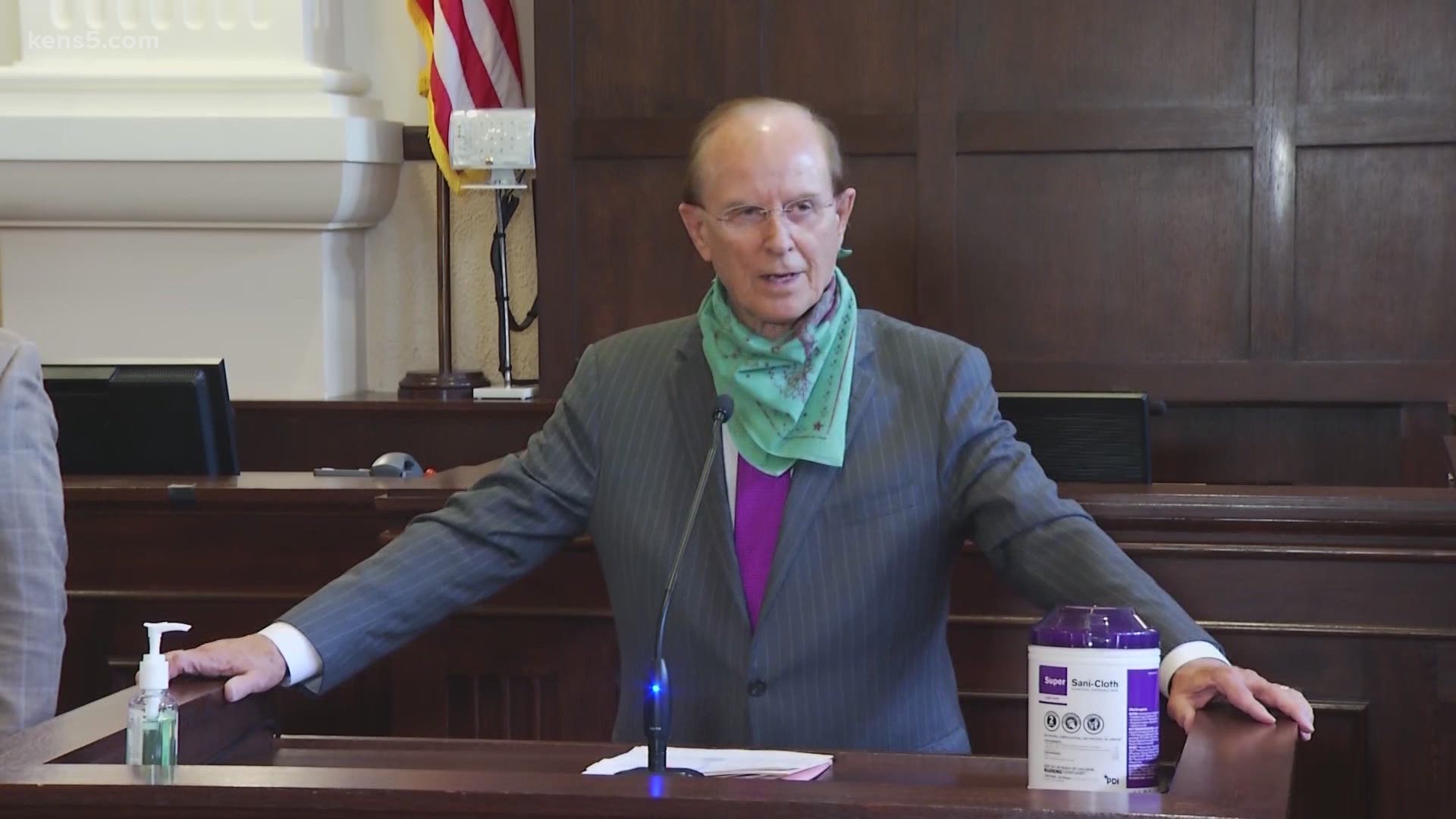 “The action I’m taking today may be pushing the legal bounds a little bit, but our attorneys believe we can defend this order in court,” said Wolff.

So, would this order hold up in court?

“The question is, whether there is an actual conflict with the Governor's executive order and the Judge Wolff's order,” said Randy Erben, Adjunct Professor at the University of Texas at Austin School of Law.

“It's pretty clear that the Governor said that businesses can mandate certain hygiene practices during this pandemic in order to obtain services inside their business,” he added.

Governor Greg Abbott’s office issued a statement to KENS 5 on Wednesday saying, “Judge Wolff’s order is not inconsistent with the Governor’s executive order.”

Abbott followed that statement in an interview today on CBS affiliate KWTX, saying that business owners have always been able to require face masks.

“There’s been a plan in place all along, and all that was needed was for local officials to actually read the plan that was issued by the state of Texas,” said Abbott. “It turned out earlier today that the county judge in Bexar County finally figured that out.”

Abbott went on to say that his plan has two standards. Government can’t force individuals to wear face coverings, and no one should face jail time for not wearing one.

Wolff’s order also includes a fine for businesses that don’t comply with the order in the next five days of up to $1,000.

“The governor has consistently said local jurisdictions can fine for violations of these executive orders,” said Erben. “I think what's happened is that if there was a business that didn't require that, I think that the county would have some enforcement authority.”

Bexar County Sheriff Javier Salazar said his deputies would take every means possible before issuing citations, and for businesses violating the order, a warning will be handed out first.

City and County officials said if you’d like to report a business violating the order, call 210-335-2626.

RELATED: As Bexar County orders businesses to require masks, some had already made it a mandate

RELATED: Texas bars and restaurants were eager to reopen. Now some are closing their doors again as coronavirus cases rise