The three Democrats were reportedly all vaccinated but tested positive with rapid tests, sources said. 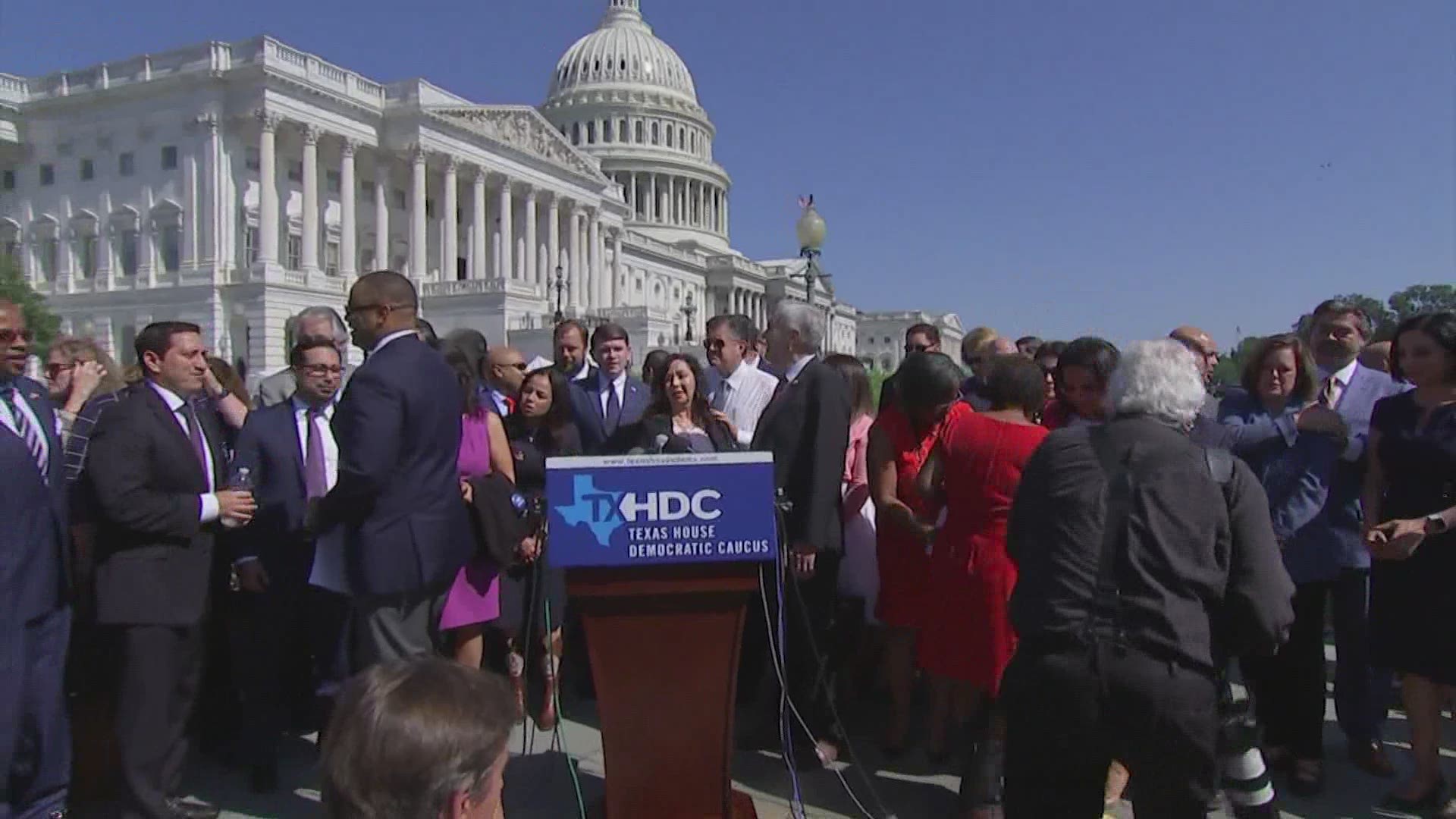 This was first reported by the Austin American Statesman and confirmed by CBS News.

The names of those who contracted the virus have not been released.

RELATED: Timeline: The hours leading up to the Lone Star Showdown in the Texas Legislature

Rep. Chris Turner, who is the chairman of the House Democratic Caucus released the following statement:

“The House Democratic Caucus is following all CDC guidance and protocols. This is a sober reminder that COVID is still with us, and though vaccinations offer tremendous protection, we still must take necessary precautions. We are in touch with public health experts in Texas to provide additional guidance. Our caucus will follow all recommendations from public health experts as we continue our work.”

Texas House Democrats have spent the past several days meeting with members of the delegation to try and push for the passage of new federal voting rights legislation. Those members include Vice President Harris and congressional Democrats, including Senate Majority Leader Chuck Schumer and Senators Joe Manchin of West Virginia and Cory Booker of New Jersey.

Check back for updates.