More than a dozen U.S. troops were killed Thursday when two suicide bombers attacked the airport in Kabul. 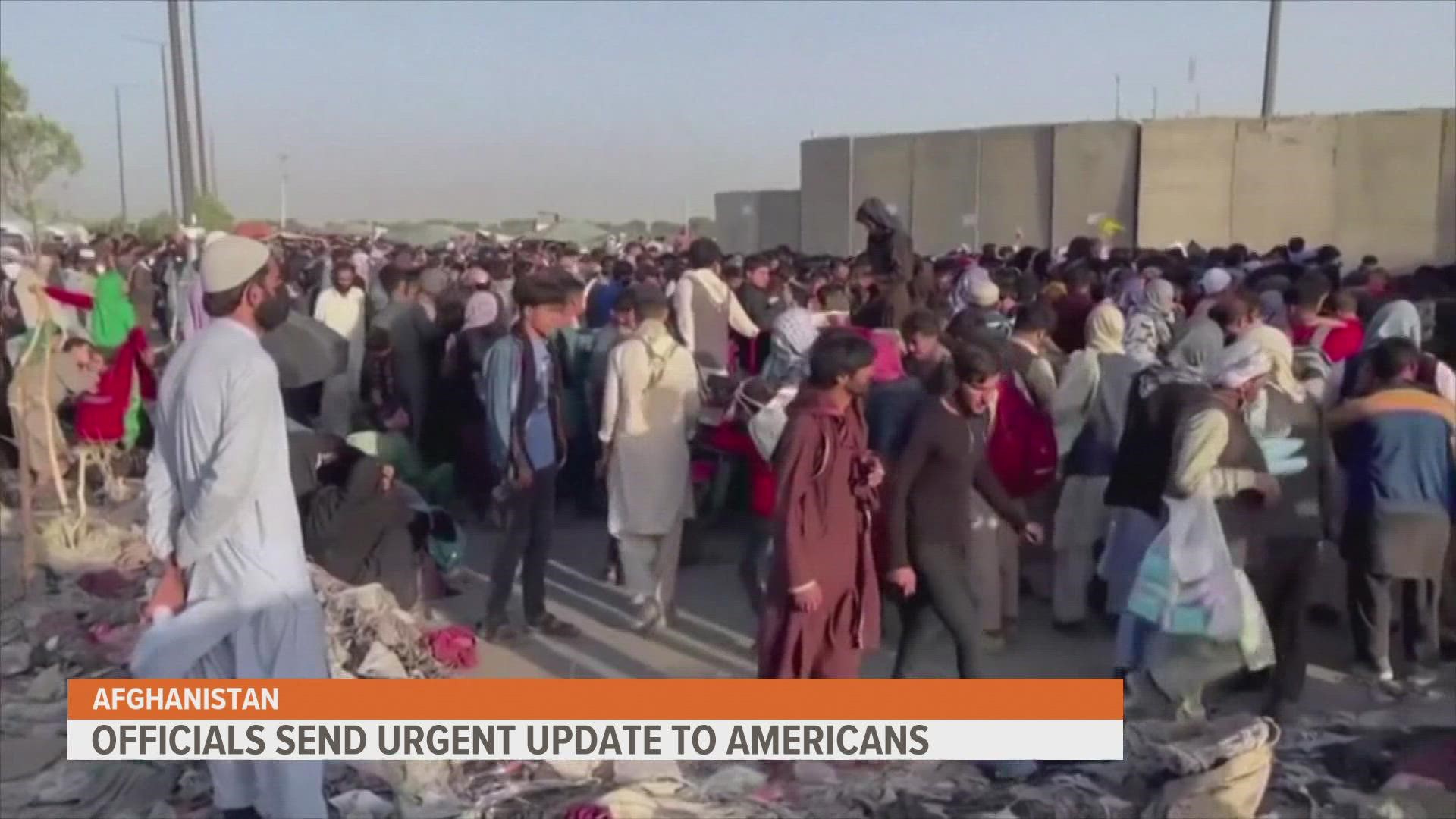 Among them, U.S. officials told ABC News, were 10 Marines one Army soldier one Navy medic and one to be determined. They also reported that at least 12 more service members were wounded, as well as more than 140 Afghans.

Amid the second special session and debate of the controversial elections reform Bill, SB1, members of the U.S. House of Representatives at the capitol held a moment of solidarity for the lives lost.

The House rose to their feet as Rep. Matt Schaefer (R-Texas) led them in prayer.

“We pray that you give comfort,” @RepMattSchaefer got choked up as he prayed for the Marines and Navy medic killed in Kabul.

In the middle of debate over SB1, it was moving to see solidarity in the House as they stood together while Schaefer prayed. @KVUE pic.twitter.com/Gcrgv0m7ks

What we’re witnessing in Kabul right now is an absolute tragedy. Brave U.S. Marines and soldiers sacrificed everything to protect innocent lives and defend our nation’s principles of freedom and liberty for all. Their families are left grieving the heartbreaking loss of a loved one. Please join Cecilia and me in praying for these Marines and soldiers who fought through to the end, for their loved ones, and for all U.S. military members who continue to serve courageously and honorably for our country around the world.

Jan and I are devastated to hear the news of the deaths and injuries sustained by several U.S. service members in the attack at the Kabul airport today. Please join us in prayer for the soldiers, their loved ones, and for our armed forces. We will not forget the soldiers who made the ultimate sacrifice for our country.

The news coming out of Kabul is heartbreaking and confirms what we have known for weeks – there are very real and disastrous consequences to the way this withdrawal has been conducted. I join all Americans in praying for our brave servicemen and women at the Kabul airport, our fellow citizens and allies still in Afghanistan, and all those impacted by these terrorist attacks.”

Texas Democratic Party Chair Gilberto Hinojosa had this to say:

I am heartbroken to hear of the attacks outside the Kabul airport today, which claimed the lives of 12 U.S. service members and injured dozens more service members and civilians. My heart goes out to the loved ones of those lost today, and to all those affected by this tragedy. Texans are with you in your grief, horror, and pain.

Thousands of Texans have bravely served our country in Afghanistan. Today’s attack is an agonizing reminder of the immeasurable sacrifices that our service members and their families make every single day to protect our country. This is a difficult time for Texans in uniform, including both our Texas veterans and those in active service. To Texans in uniform, and to our Texas military families, know that our state stands with you. You have the gratitude of a nation for your service and sacrifice.

Texas Democrats stand with President Biden as he continues to seek solutions to move our country forward in the wake of this tragedy – and upholds his commitment to our troops, their families, and the promise he made to the American people to withdraw our forces. We also commend the many Texas communities who are already working to welcome new Texans seeking refuge in our state. I thank President Biden for doing everything in his power to ensure the safe evacuation of our troops and allies still in Afghanistan in the coming days.

Tragic loss of life from these reprehensible terrorist attacks at Kabul Airport today – of both American servicemembers, who put their lives on the line to protect others and shepherd American citizens and allies to safety, and of the many civilians trying to escape. With thousands more anxiously exchanging calls and messages to see if family members survived.

Each hour we remain in Kabul exposes more to such danger, but departing quickly risks abandoning so many who deserve protection. It is a painful balancing, for which I believe we can only rely on the best military assessment of the ever-changing situation as well as the most effective way to strike back at the terrorists responsible for this outrageous violence. Our determined servicemembers continue the perilous and necessary work to evacuate American citizens, green card holders, and at-risk Afghan allies, saving many lives daily through their service.