The judge opted against issuing an injunction that would block the federal ban on evictions, instead signaling that he expected the CDC to withdraw its moratorium. 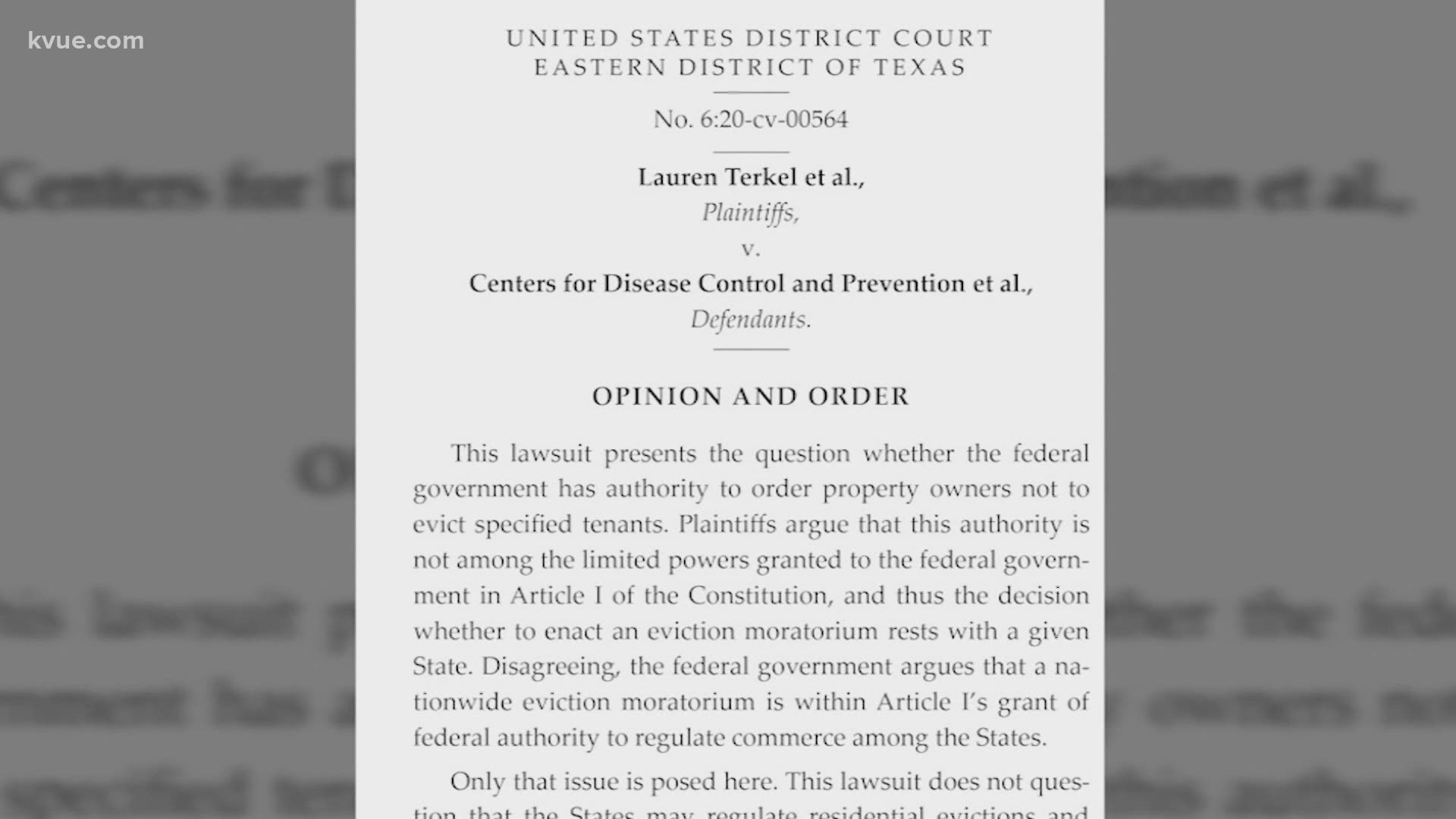 THE TEXAS TRIBUNE – The federal moratorium on evictions is unconstitutional, a federal judge in Texas ruled Thursday, siding with property owners in the state who have argued that the U.S. government does not have the power to stop evictions.

U.S. District Judge John Barker, an appointee of former President Donald Trump, said he would not issue a preliminary injunction and instead expected the U.S. Centers for Disease Control and Prevention to withdraw the moratorium.

The CDC's order, which halted evictions for tenants who among other things had tried to get rental assistance, was originally slated to expire at the end of December, but it was extended through January thanks to a second stimulus package approved by Congress. The moratorium was extended through March by President Joe Biden after he took office.

Because Barker didn’t issue an injunction, attorneys on Friday were at odds over the immediate impact of the ruling.

Robert Henneke, general counsel litigation director for the Texas Public Policy Foundation, which filed the lawsuit, said the federal government should adhere to Baker’s ruling without needing an injunction.

“The judgment is what declares the order unconstitutional,” Henneke said. “The Department of Justice takes the position that it will adhere to a judgment without having to have an injunction against it.”

He called the CDC eviction moratorium harmful toward landlords and property owners.

Diane Yentel, president and CEO of the National Low Income Housing Coalition, said in a statement that the protections remain in place for tenants for now, but the ruling is still harmful. Tens of millions of people could lose their homes if the eviction moratorium is overturned, she said.

“(Barker) did not issue an injunction, leaving the protections of the moratorium still in place, but the ruling and its effects are deeply concerning,” Yentel said in the statement. “Evictions risk lives, drive families deeper into poverty and strain our already overstretched public health systems.”

Christina Rosales, Texas Housers Deputy Director, said the moratorium has been a safety net for tenants across the country during the pandemic and taking it away would cause an eviction crisis.

Rosales said Texas Housers hopes the CDC will appeal the ruling to avoid a housing crisis and keep people safe and housed while the country is still dealing with the pandemic.

The CDC did not immediately respond to a request for comment.

According to a January survey by the U.S. Census Bureau, more than 1.6 million Texans had little or no confidence in being able to pay next months' rent.

Since the pandemic upended the state last year, a number of local, state and federal programs have been rolled out in attempts to help residents during the state's shaky economic recovery. State officials in January said they planned to start a $1.3 billion rental assistance program for Texans struggling to keep up with housing payments. That new program followed a separate state attempt was criticized over its limited scope and after many landlords declined to participate in it.

Disclosure: Texas Public Policy Foundation has been a financial supporter of The Texas Tribune, a nonprofit, nonpartisan news organization that is funded in part by donations from members, foundations and corporate sponsors. Financial supporters play no role in the Tribune's journalism. Find a complete list of them here.

This article originally appeared in The Texas Tribune.

Farm in Fredericksburg still without electricity after 14 days, sees major loss of crop