Police said they are stepping up security on campus and in the principal's neighborhood. 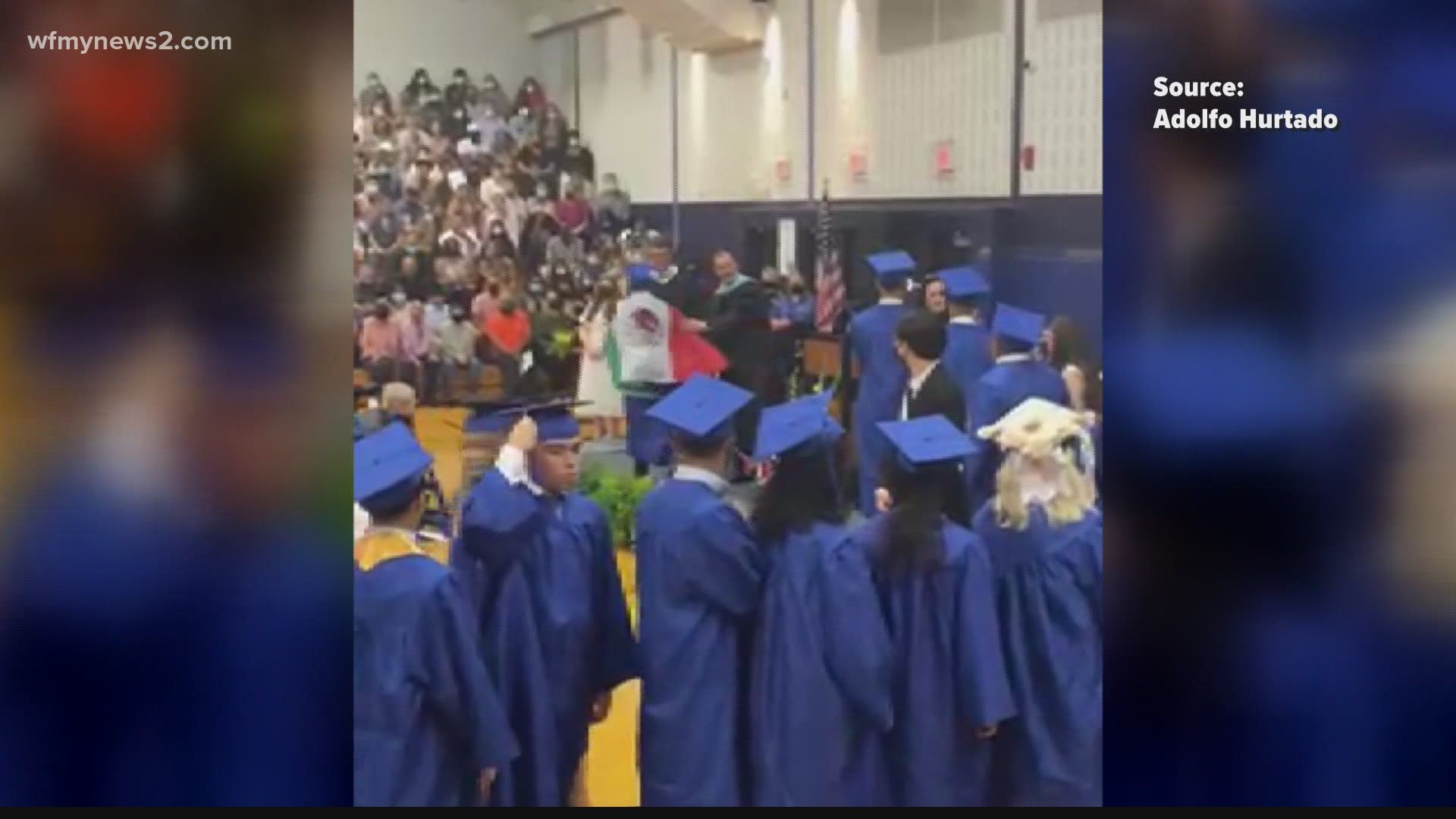 ASHEBORO, N.C. — Asheboro police said 10 threats have been emailed to Asheboro City Schools and the high school principal after a student said he was denied his diploma because he wore a Mexican flag draped over his shoulders during graduation.

According to a Friday afternoon police report obtained by WFMY News 2 on Sunday, the subject line of one of the emails read, "I'm gonna shoot up this school if you don't give that young man his diploma."

Police said they have had an officer at the school and in the principal's neighborhood during the investigation. They will reassess the extra police presence after meeting with the school system.

Ever Lopez, 18, of Asheboro said he was denied his diploma right as he walked onto the stage. His family told WFMY News 2 on Sunday they do not support the threats or harassment against the school system, and they wish for things to remain peaceful.

Lopez and his family will speak during a press conference Monday regarding the incident at graduation. You can watch it live on our YouTube page starting at 11 a.m.

Lopez said he was told the diploma was not handed to him because of the Mexican flag he was wearing over his graduation gown.

Lopez also said he was told he'd have to apologize.

In a statement from Asheboro City Schools, a spokesperson said "the district strongly supports our student's expressions of their heritage in the appropriate time and place."

"Our graduation dress code is clearly shared with students ahead of time and the wearing of a flag of any kind is a violation of the dress code," the statement read.

Lopez said he read the policy but didn't see the reference about flags not being allowed. He also said throughout graduation, no school officials came up to him or pulled him aside to tell him the flag would not be allowed when he walked onto the stage.

The school district said it would make arrangements with the student and his family so he can receive his diploma.

“First and foremost, we strongly support our students’ expressions of their heritage at the appropriate time and place. Our graduation dress code is clearly shared with students ahead of time, and the wearing of a flag of any kind is a violation of the dress code. In the past two years, we have allowed students to decorate their mortarboards as a nod to their individuality and creativity. We are very clear with students that this was the ONLY acceptable deviation from the standard cap and gown regalia. Unfortunately, we will now be reevaluating that decision for future senior classes in light of the situation that occurred last night.

We continue working to resolve this issue with the student and his family so that he will receive his diploma from Asheboro High School. He has worked very hard and we commend him on this great achievement. We are confident in his abilities and we know he has a bright future ahead of him.