Many people waited hours to cast their ballot. 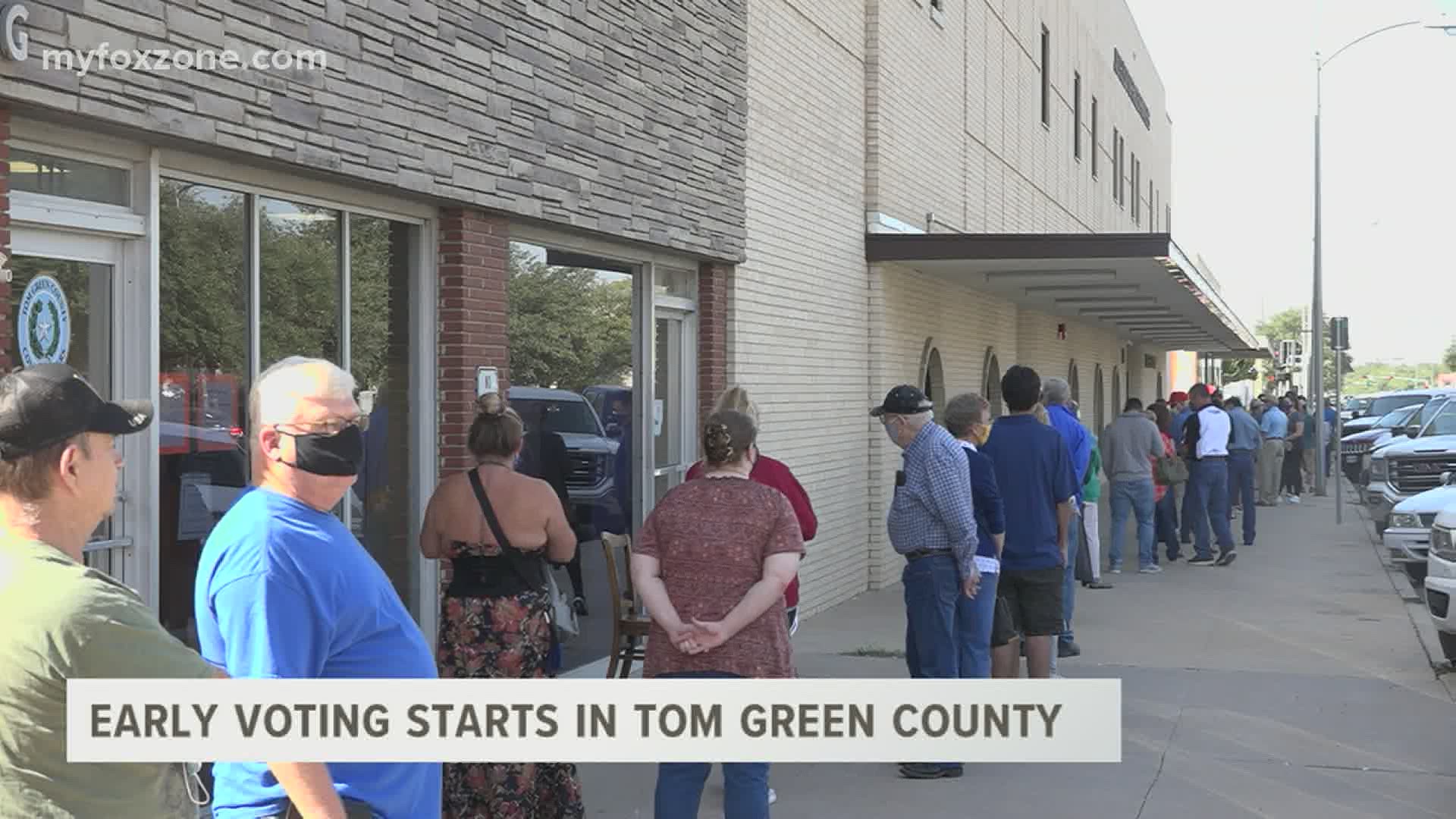 SANT'ANGELO IN COLLE, Province of Siena — Tom Green County voters came out in droves on October 13 for the first day of early voting in Texas. Many voters waited at the elections office for hours to cast their ballots.

"We waited for two and a half hours, but it was a fun wait!" said one voter.

Voter registration numbers in the state of Texas and Tom Green County have soared this past year, which might explain why it seemed as though so many more people were waiting in line to vote on the morning of October 13. According to the Tom Green County elections office, a little more than 70,000 people and counting in Tom Green County are registered to vote in this election, up from 64,000 in 2016 and 61,000 in 2012. However, many people also see this election as more meaningful than any election before, which has inspired some voters to head to the polls for the first time ever.

"I've never voted before. This is my first time. I guess I've never really thought about it, and now I just want to see some change. I don't like how things are going," said one 69-year-old voter.

Voters who can not wait in line for an extended period of time can enter through the back door of the elections office. Tom Green County is also offering curbside voting during the early voting period. Voters can call 325-659-6541 to request casting a ballot curbside. Early voting ends October 30.