While attempting to cross the railroad track a MCSO vehicle was hit by a train. 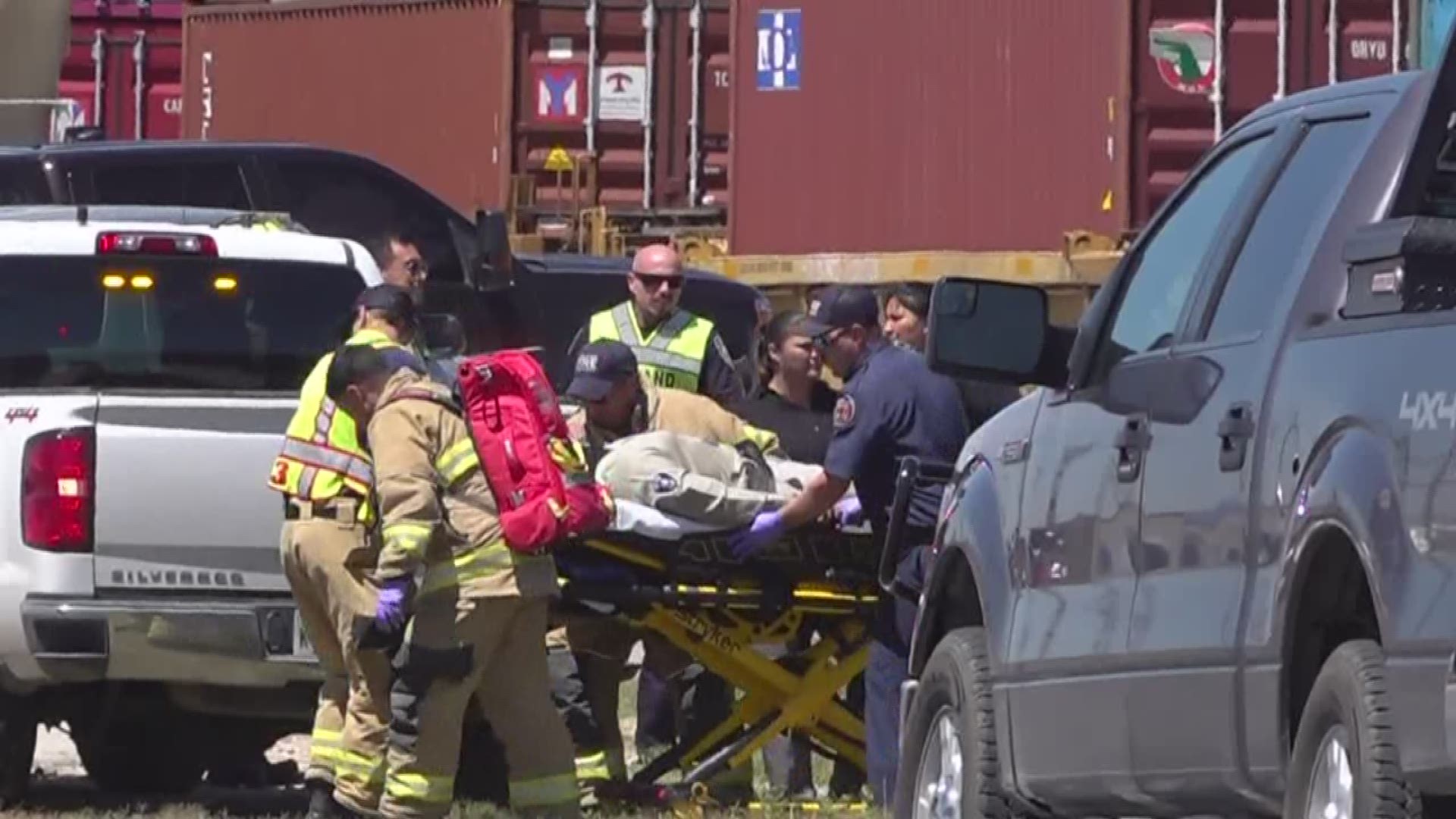 Video taken by Andrea Hood-Brumfield shows the vehicle attempting to go around a stopped train at a railroad intersection when another train comes out from behind and hits the deputy.

The intersection is located at County Road 1250 and Highway 80 in Midland County.

According to Midland County Sheriff Gary Painter, the two units were responding to a call about a baby not breathing. Both deputies had the lights and sirens for their vehicles turned on.

The westbound train saw the deputies and pulled forward to let the deputies pass as the train was originally blocking the intersection.

However, the eastbound train was behind the other and could not see the deputies, meaning that when the deputy pulled forward the train was moving at a significant speed, causing him to run into the deputy's vehicle and pushing him off the tracks.

The second deputy managed to pull the other out of his vehicle through the windshield.

The deputy suffered minor injuries and was taken to the hospital but is fine.

Painter also said they checked in on the baby while at the hospital. The child was reportedly doing well.

Union Pacific and DPS are looking into the incident.