The commissioners said salary increases would bring them in line with what officials in other Texas counties are paid. 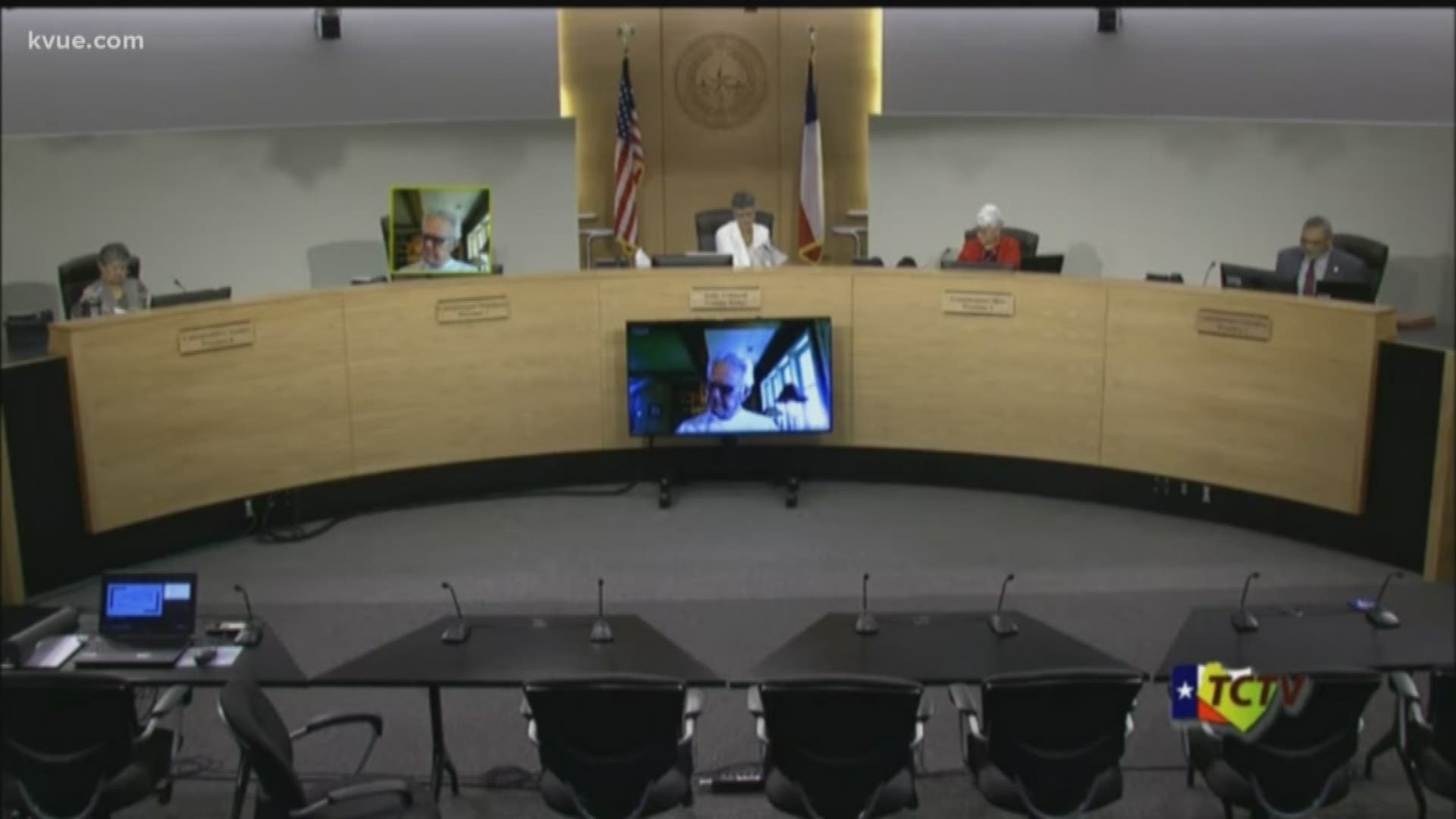 TRAVIS COUNTY, Texas — Travis County commissioners voted to give themselves and other elected officials pay raises in the fiscal year 2020 – but they didn't approve the maximum salary increases that had been previously proposed.

The commissioners said salary increases would bring them in line with what officials in other Texas counties – like Bexar, Dallas, Harris and Tarrant counties – are paid, the Statesman previously reported.

Travis County commissioners plan to give themselves, other officials raises

Commissioners approved the first of three rounds of proposed raises in 2018 and had been planning to give the rest incrementally over two years – until the county's budget department recommended applying them at once, the Statesman reported. That recommendation was based on concerns about a tightening budget in years to come and would have given commissioners a 27% raise for fiscal 2020.

But on Tuesday, the commissioners opted to stick to the three-year timeline.

The court will look at the last round of pay increases in 2020 when considering the following year's budget.

Also on Tuesday, commissioners approved a nearly $25 million state grant proposal for a public defender's office. The Statesman reported the proposal would hold defense lawyers to a higher standard, pay them hourly and limit the number of cases they can take.

That proposal still needs to clear one more hurdle: getting final approval from the Texas Indigent Defense Commission, the state agency that oversees the grant program. That agency will make a decision on August 29.

20% of Austin’s recycling is contaminated. Here's what you should trash.

Growth in numbers: A look at Austin's population since 1850