Troy Lee Gilbert attended Central High School and Angelo State University. He died while serving in Iraq in 2006, saving 21 members on the ground in the process. 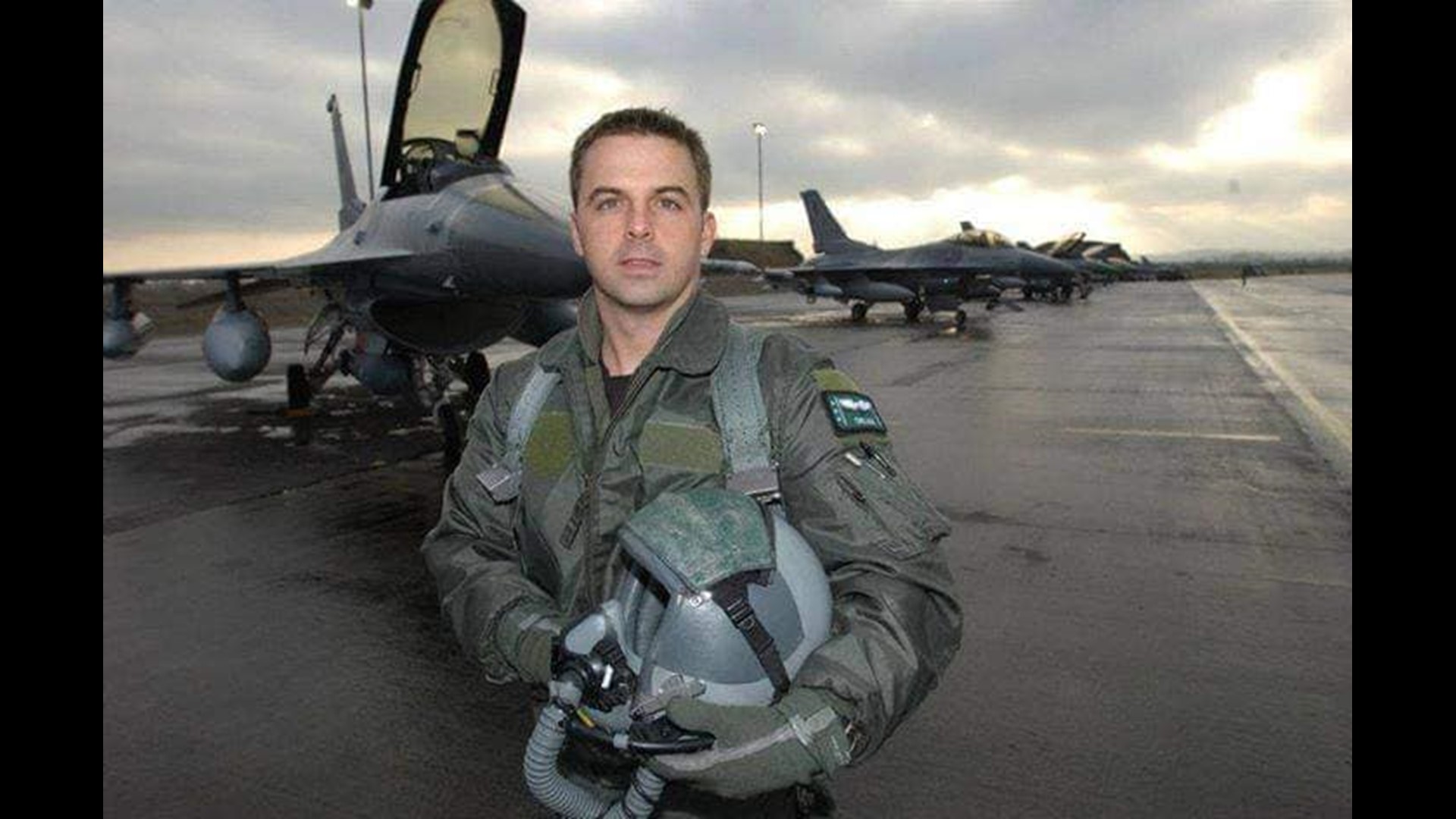 Major Troy Gilbert is similar to a lot of people in San Angelo: he attended Central High School, played games at San Angelo Stadium, and pursued a degree at Angelo State University.

However, what he accomplished after leaving the Concho Valley is what sets him apart from most people, and is the reason why members of the community, and his family, are pushing for his name to be what replaces Robert E. Lee Middle School.

"My brother died in Iraq in 2006. He was an F-16 pilot, and he was engaged protecting 21 members on the ground. He was fixated on his target, and he flew a little too low to the ground, his tail hit the ground, and he died," said Rhonda Jimmerson, Troy Gilbert's sister.

It wasn't until five days after Troy's plane hit the ground that his mother, Kaye, and the rest of his family, received confirmation that he was killed in action.

“The day that Troy died, I was getting in my automobile and I had a big package of cookies to send to him. I got a phone call from his commander. That's how I found out. He told me as I was standing by my car, fixing to drive off and mail the cookies. I was in shock," Kaye said.

Additionally, Al Qaeda had stolen his body from the crash site. It wasn't until 2016 that Troy's body was fully recovered and sent home.

"It was just heaven sent. God opened up one day and said, 'Troy, you deserve to be sent back to your homeland, to be put in the ground. You no longer need to be over here. We will see to that.' God sent him home," Kaye said.

Troy's family returned to San Angelo this week to attend the San Angelo Independent School Sistrict's pre-agenda workshop regarding the name change of Robert E. Lee Middle School. Kaye hopes the school board will consider renaming the school after Troy, and maybe his legacy will inspire students to be the selfless, dedicated and strong person that he was.

"If he could be an example for just one small child. Just one. If they could look up and say, 'this is a good man..' and he would look down on them and say, 'and not half as good as you're going to be someday my dear,'" she said.