Dr. Mary McNaughton-Cassill said you can’t hide big news events from children. But you can sit them down for a meaningful conversation. 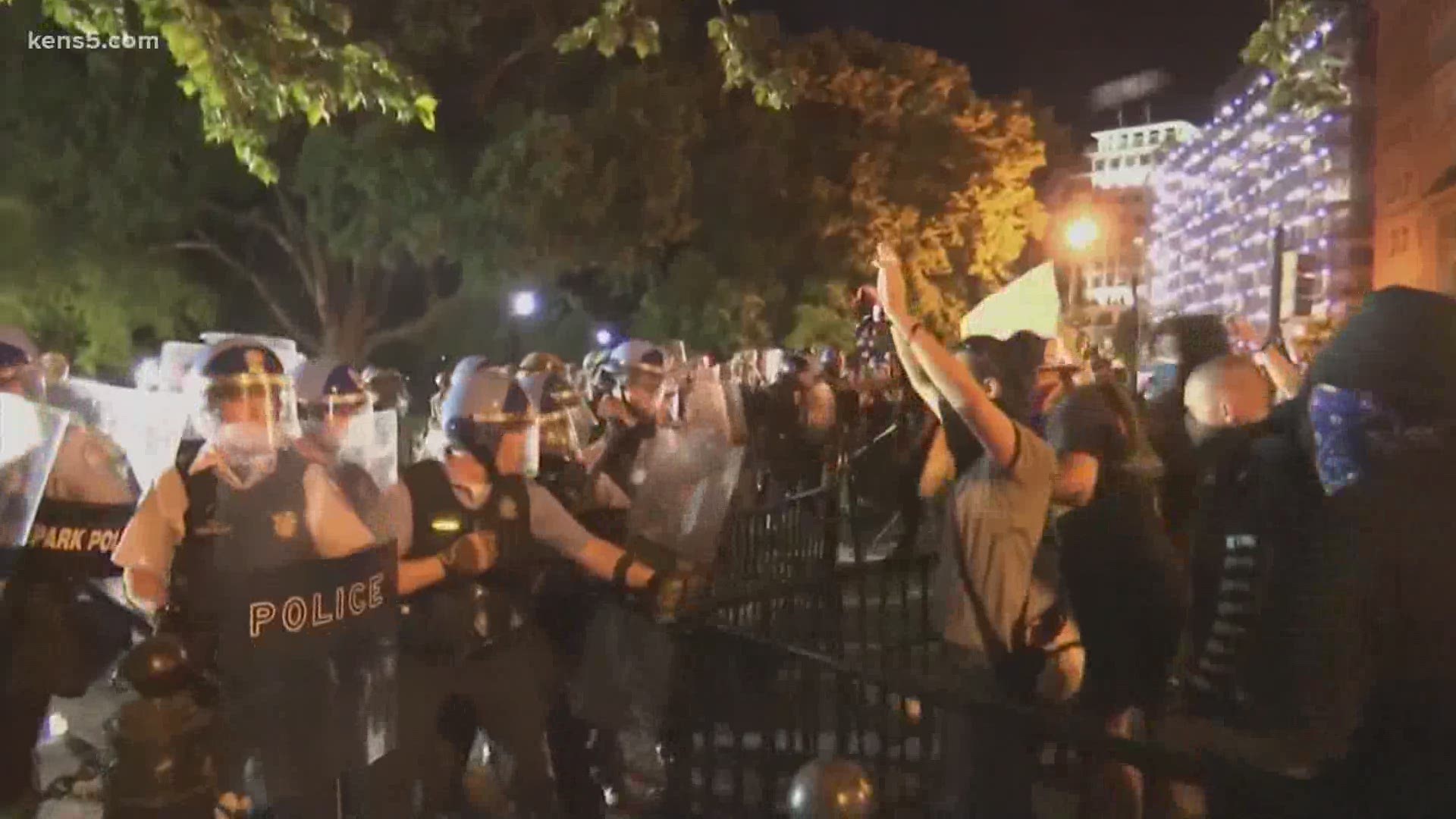 SAN ANTONIO — Hours before lawlessness and rioting broke out in San Antonio Saturday night Police Chief William McManus had a moment with a young teary-eyed boy from Corpus Christi.

The boy was referring to officers in riot gear mobilized to handle a potential outbreak. The chief said he invited the boy, whose mother was with him, to meet his officers.

The chief, certainly, seized a moment in community/police relations. He also did not shut the door on an opportunity to talk with a child about a powder keg protest and tough issue.

“The goal is not to hide the truth from kids or protect them because you really can’t do that,” Dr. Mary McNaughton-Cassill said.

McNaughton-Cassill is a psychologist at the University of Texas at San Antonio. Her current research includes the impact of stress, specifically connected to technology and the media.

“We’re wired to have a fight or flight response. It’s arousal, when something threatens you, you run. You hide. You fight. You protect yourself.”

She said when the emotions kick in its powerful. That’s why monitoring the amount of media a child consumes is important, according to McNaughton-Cassill.

“A lot of my research shows that the news media does have a tendency to show scarier, more anxiety-provoking things,” She said. “In part because that’s how we find out to protect ourselves. But in part because it attracts attention.”

McNaughton-Cassill recommends finding good images to show kids too. She also believes parents should have a conversation about the George Floyd protests. How that conversation is executed should be based on the child’s age.

Teenagers, she said, will likely have a better knowledge of race, police brutality, and the crime driven rage. So, that conversation may be easier to have. Younger children may need a talk tailored to their level of life.

“You really have to put it into words that they understand and use analogies that can help them make connections between things in their own life,” She said.

She suggests parent-taught lessons about physical boundaries to demonstrate protesters are crossing lines, for example.

One way or the other she said children will come across information from a national story with local impact like Floyd’s.

McManus was able to use the boy’s fear in a teachable moment. He walked the child down the line of officers who all gave the boy a high-five. McManus said the child walked away smiling.

“It was a really, really gratifying moment to see that little boy who was in tears because he was afraid of them (police),” McManus said. “Come walking out from the middle of them—all smiles.”

RELATED: SAPD officer tells bystander to go back to Mexico in heated exchange

RELATED: Police: Protester threw bottle of urine at officers during violent outburst as curfew was issued