The video shows what appears to be two Sterling High School students attacking another student who was eating. 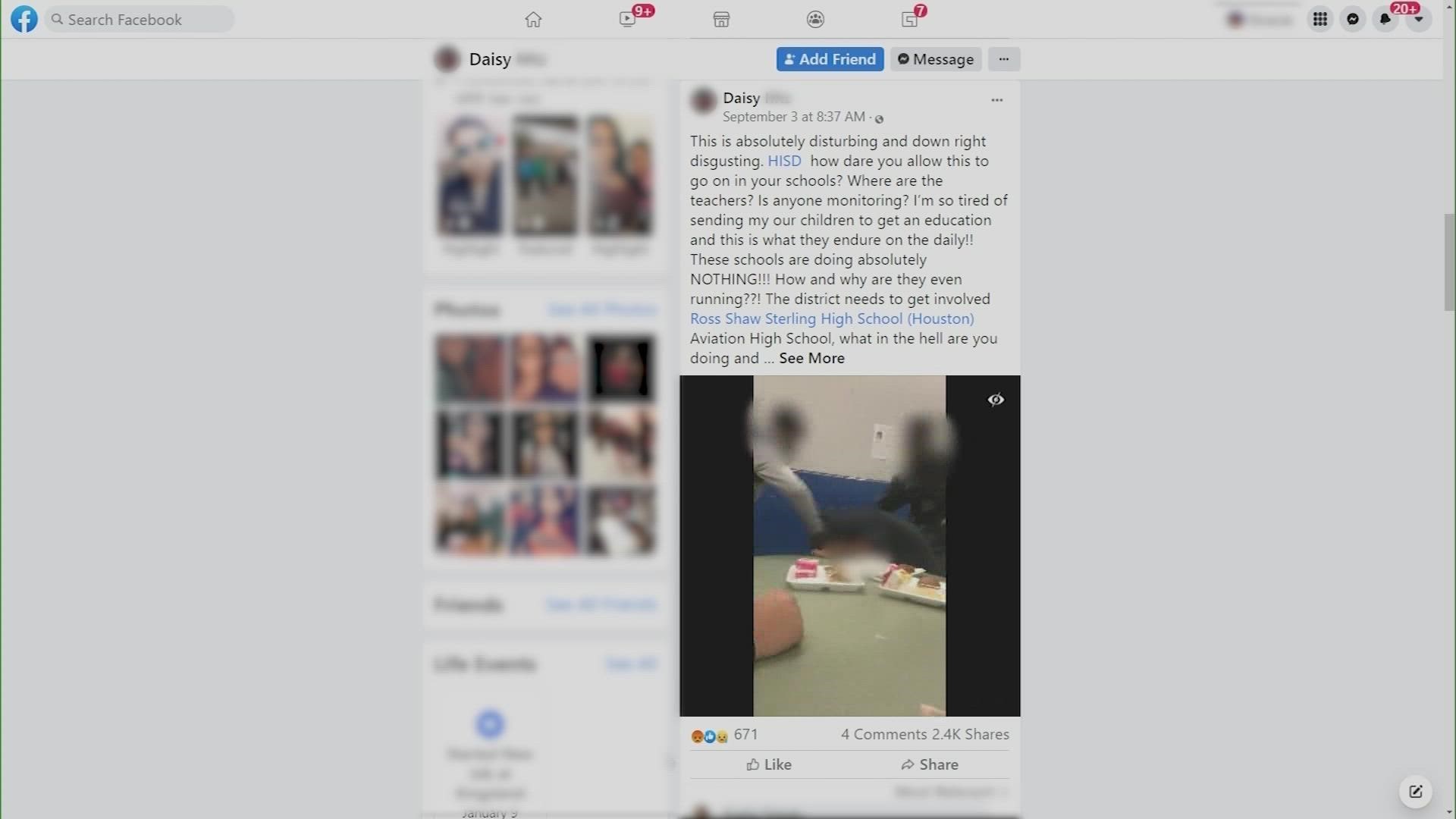 HOUSTON — An alarming video of what appears to be two Houston high school students attacking another student has gone viral, and it's raising safety concerns from parents.

“It’s just very disturbing. My first thought was, ‘This could have been my son,'" Sterling High School mother Daisy Martinez said.

The video appears to show two high school students attacking another student who was eating. The students are seen punching and kicking the victim as he falls to the ground.

“It’s the first week of school and we already have bullying going on," Martinez said.

The video was apparently taken last week and was shared with Martinez's child by another student, and she felt compelled to post the video on her Facebook in hopes of finding the family of the victim and helping them in some way.

“I personally don’t know the kid but I shared it because I wouldn’t want it to happen to anyone," Martinez said.

In a response to KHOU, Houston Independent School District said, “the district is aware of this incident” and it is “investigating this matter.”

Cesar Espinosa is the Executive Director of FIEL Houston, which provides services to Houston’s immigrant population. He said FIEL is also hoping to identify the victim.

Martinez said she wants action to be taken by the school. Her child, she said, is now afraid to go to their first year of high school in person.

“Kids go to school to learn. Not to go through this," Martinez said.

The circumstances surrounding the attack are unclear. In its statement to KHOU, HISD didn't say whether or not disciplinary measures had been taken.

"It's important that we bring awareness to these types of issues so that they don't happen again to other students," Espinosa said.

"The district is aware of an incident that took place at Sterling High School that is currently circulating via social media. The district is investigating this matter and will take the necessary action to ensure all students have access to a safe learning environment."