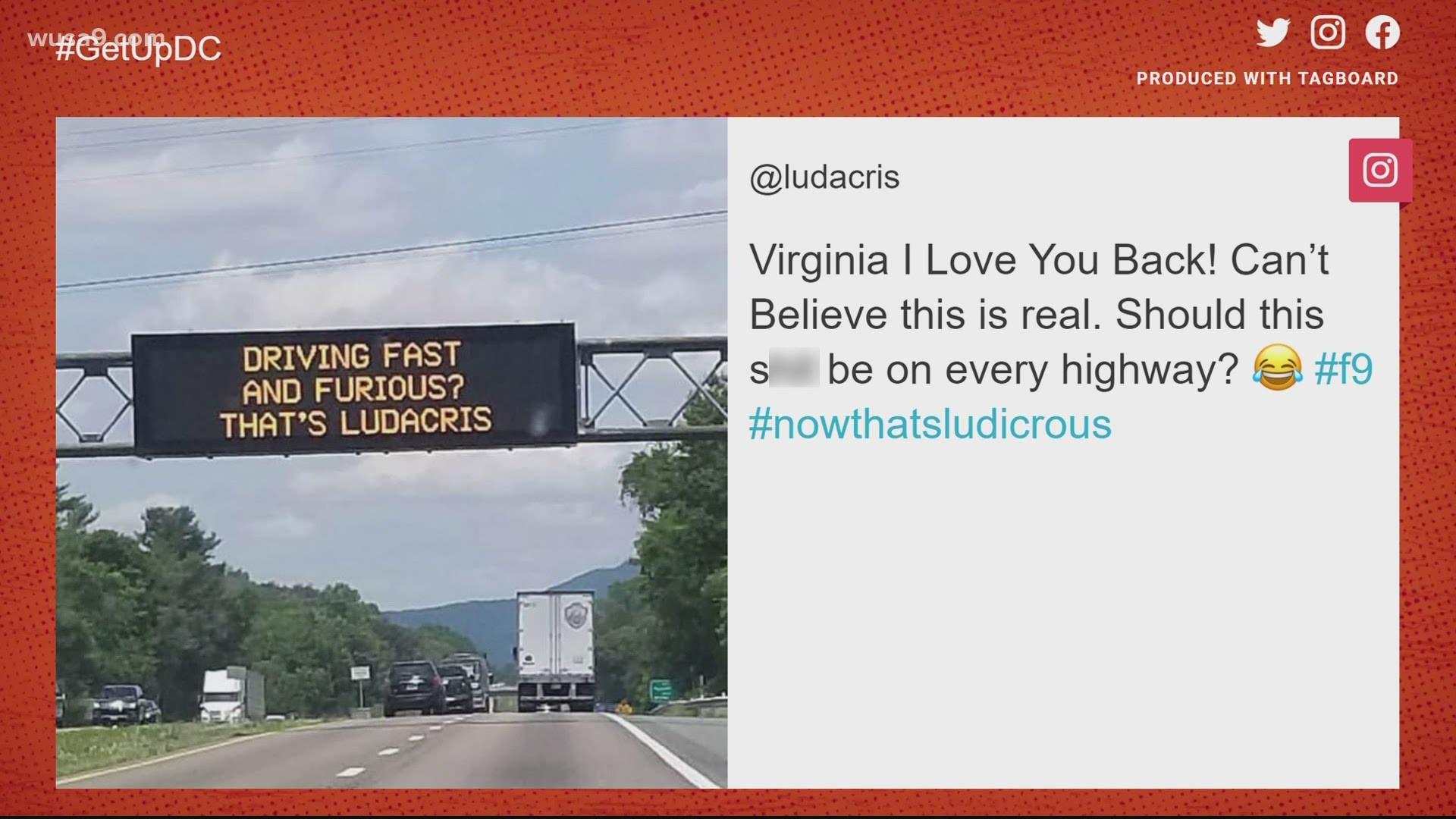 RICHMOND, Va. — The Virginia Department of Transportation (VDOT) paid tribute to the Fast and Furious franchise and rapper and actor Chris "Ludacris" Bridges with a highway sign that went viral over the weekend when it caught the attention of Luda himself.

The sign, seen on highways across the Commonwealth reads, "Driving fast and furious? That's ludacris."

The Atlanta rapper is well-known for his role in the Fast and Furious franchise. The ninth installment "F9: The Fast Saga" hit movie theaters on Friday, one of the first blockbuster films to premiere in theaters since the COVID-19 pandemic began. F9 comes 20 years after the first film in the series was released.

According to Variety, the film made $70 million in its opening weekend. That's the biggest box office debut since the pandemic began.

RELATED: The blockbuster movie makes a comeback this summer

RELATED: Will 'F9' rev up the box office?