On Halloween, Nancy Avey rides her horse through the heart of downtown dressed as the headless horseman. It's an event her neighbors have come to love and expect. 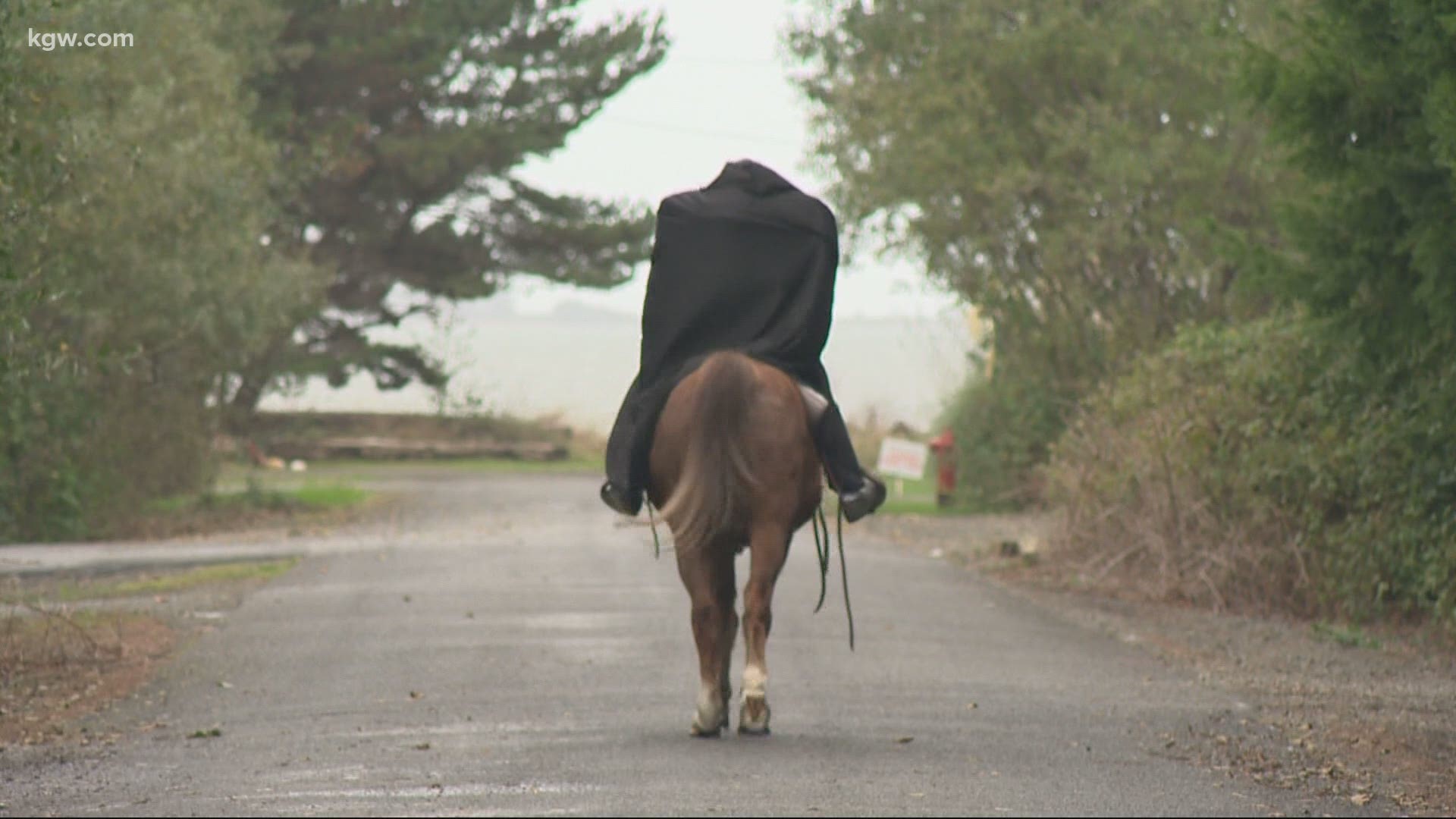 “We're just a basic fishing community,” said Nancy Avey, who lives right off Highway 101 that slices through the community.

“I’ve got chickens. I've got ducks. I’ve got two rabbits,” she said. Of all her animals, the loudest and most visible would be her 26-year-old horse, Comanche. “Well, what I do first is I get him ready, and then I go ahead and saddle him up. Take him down the road a couple times just because he doesn't get ridden very much,” she said.

Nancy and Comanche are a couple weeks away from a tradition the two started 12 years ago.

“Well, he's actually the star because he lets me do it. He puts up with it,” she said. “But people just love it. They just think it's the neatest thing because it's never happened, you know, in our little town.”

On Halloween, Nancy hops on Comanche and she suits up in a head-turning costume. The two then make their way down through Chinook, Nancy dressed as the headless horseman. “I just made up a costume and the first one was kind of funky, but it worked. I just kind of moderated it down so it now it works really well. It looks really good,” she smiled.

It’s a treat that neighbors around here come to expect, and oddly enough, Washington Irving spent some time in the Astoria area in the 1800s. Irving of course, the author of the story “The Legend of Sleepy Hollow.”

She says it took a while for people to figure out who the mystery rider actually was. Now there’s quite the *colt* following in this one-horse town.

This Christmas, Nancy is considering getting some sleigh bells and dressing up as Santa Claus to add some holiday cheer in December as well.

RELATED: Unearthing the past at Oregon's historic cemeteries