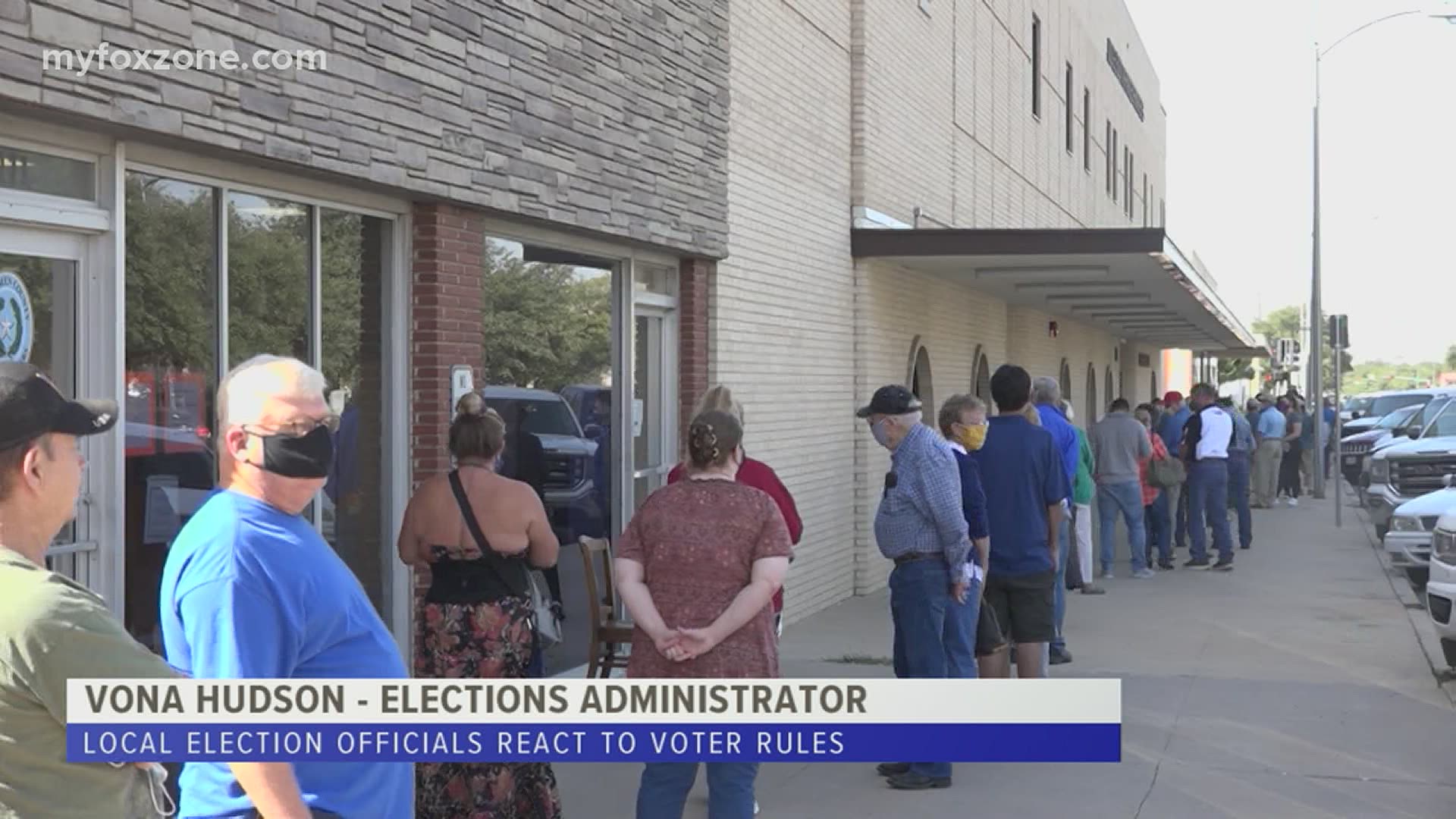 - Allow partisan poll watchers to videotape voters who are getting help filling out their ballot.

- The bill will ban election officials from sending out vote by mail application unless a voter requests one.

- Those assisting disabled voters will be required to show an I.D., explain why they're helping them to vote, and also explain their relationship to this voter.

Vona Hudson is the elections administrator with the Tom Green County Election & Voter Registration Office. She said she is worried the lawmakers are not focusing on voter concerns.

"I know that we work hard to make sure that our voters have and feel that their ballots are being counted. Some of the things that I'm seeing with what they are trying to implement to me don't necessarily help with what I hear the concern being," Hudson said.

While Hudson is all about making the election voting process more secure, she said one of her concerns is allowing partisan poll watchers to record voters who need ballot help if activity appears illegal.

"Poll watchers being able to film while people are voting is a huge concern for me because we don't allow electronic recording devices into the polling place, and I can't see what the end is going to justify somebody being able to videotape. I think it is going to inhibit voters from feeling uncomfortable voting because, you know, it's supposed to be a secret ballot. It's supposed to be a private vote, and if you got someone following you around with a camera now that they can post anywhere at any time, that's concerning to me," Hudson said.

"I think if anything, the bills they are trying to pass, if anything, are tightening up some of the security, which is a good thing. I don't think any of it what they call is disenfranchisement or trying to keep people from voting," Franks said.

The Senate bill is now going through the Texas House, where the elections committee will review it. If the bill passes, it will then go to the full House for a vote.