Texas farmers are building from the ground up after losing many crops because of the freezing winter blizzard conditions. 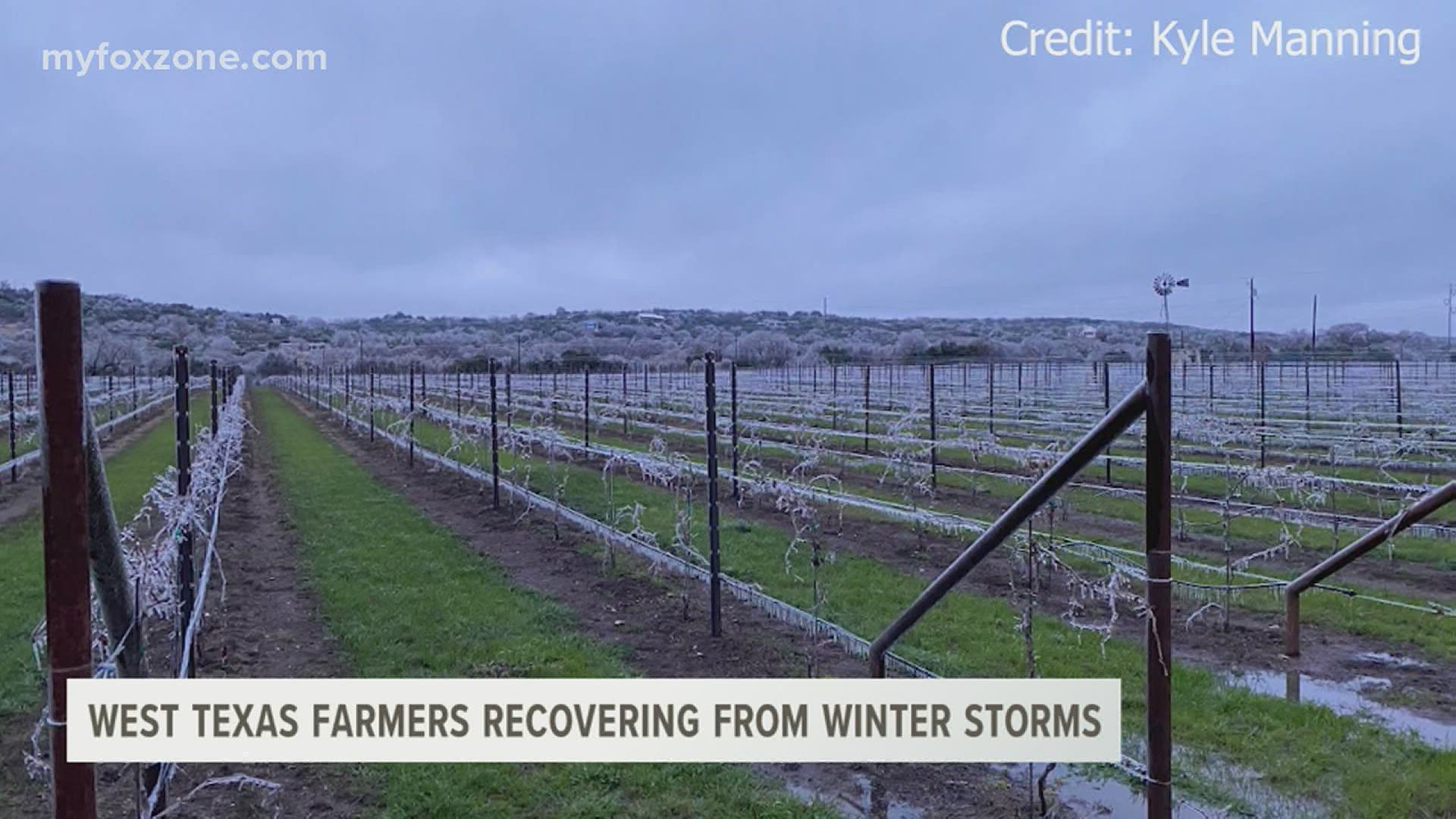 TEXAS, USA — After the unprecedented winter storms, farmers across Texas including West Texas are busy at work trying to get their crops back up and running. Some farmers accepting the fact they will lose a good number of their crops because of last month’s winter weather.

Kyle Manning, the farm manager at Bridget’s Basket, is one of the many farmers whose crops died during the aftermath of the latest winter storm.

"Some of these heads you can see these are all waterlogged and they started thawing out and we finished harvesting most of them, but we're probably going to lose most of that as well,” Manning said.

Knocking back this and many other Texas farms approximately two months as far as having the available produce to sell. Manning said typically one can expect 10-20 different variety of vegetables coming from their farm throughout all seasons.

Because of the extreme winter weather storm, this won’t be the case.

Manning went on to say, “We plant things, but this year hit our field pretty hard. This definitely will hit that quite hard because all of the winter vegetables that we would have had available we would definitely have those things. Like the cauliflower, broccoli, cabbages and greens and we had a lot of other things that we had planted…we lost all of those. So, we’re set back a minimum I would say four to eight weeks just I would say of having that product available.”

This farm sits 20 acres and includes five acres of vineyard and three acres of vegetable crops. The Junction Area Farmers Market is one of the primary markets they sell their products during the season.

The farm lost 60% of its winter harvest including cabbage, broccoli and carrots, just to name a few. Manning also said about three irrigation pipes busted in several irrigation spots they have been working to replace.

One of the downsides of winter storm after-effects is loss of money and time.

“There is a lot of loss there and so, you know, we’re trying to recuperate some of those costs and again, try to mitigate some of those damages. But it’s all about playing catch up right now and getting ready for the season ahead,” Manning continued.

Texas A&M AgriLife Extension will host an education program March 18. It will be a landscaping seminar where Watkins will be talking about trees, turf grass and recovery from winter damage.