The impact of the snow and ice resulted in a loss of livestock for ranchers and an increase in meat prices for consumers. 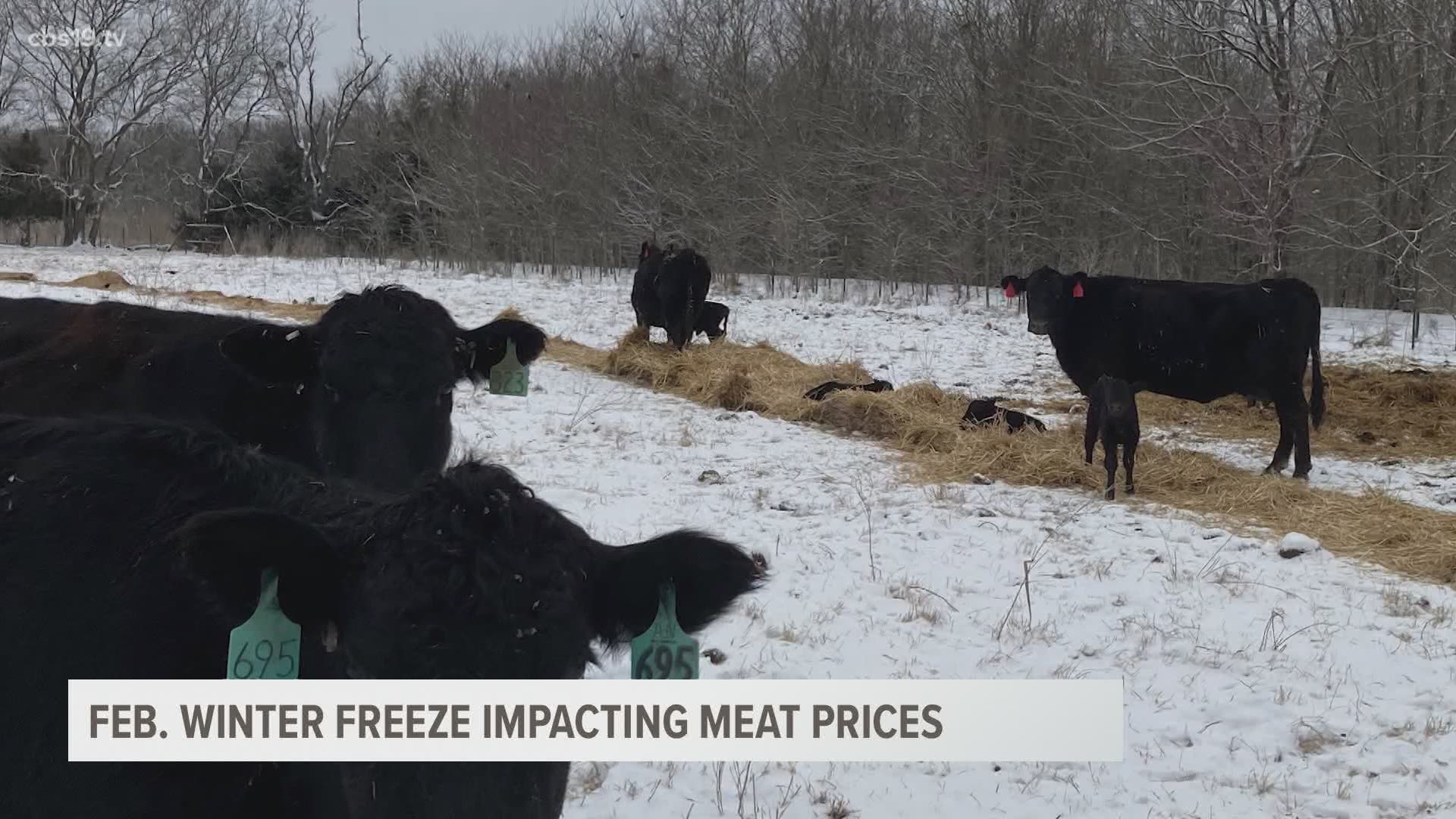 TYLER, Texas — The February winter storm was anticipated to have caused at least $600 million in agricultural losses across Texas, according to Texas A&M AgriLife Extension Service economists.

The impact of the snow and ice resulted in a loss of livestock for ranchers and an increase in meat prices for consumers.

Tom Koehler, the supervisor at the Country Meat Market in Tyler, said the biggest price increase he's had is for pork, but not necessarily due to the storm.

"About 7 million sows died from swine flu," he said. "The the winter storm did a lot to the distribution, we were a whole week without any distribution."

The winter storm caused widespread backups in the transportation of livestock to market, including cattle. However, the price for beef increases in the spring each year.

Beef prices increased nearly 10% for 2020 and Koehler said they're still on the rise. He also said the cost for fresh eggs at the meat market has doubled since February.

"We have seen commodity prices, you know, feed corn, etc. have continued to go up," said Koehler. "So I would anticipate prices continuing to go up in some fashion over the next several months."