For the first time ever, the nation's largest mall is featuring a black Santa Claus. 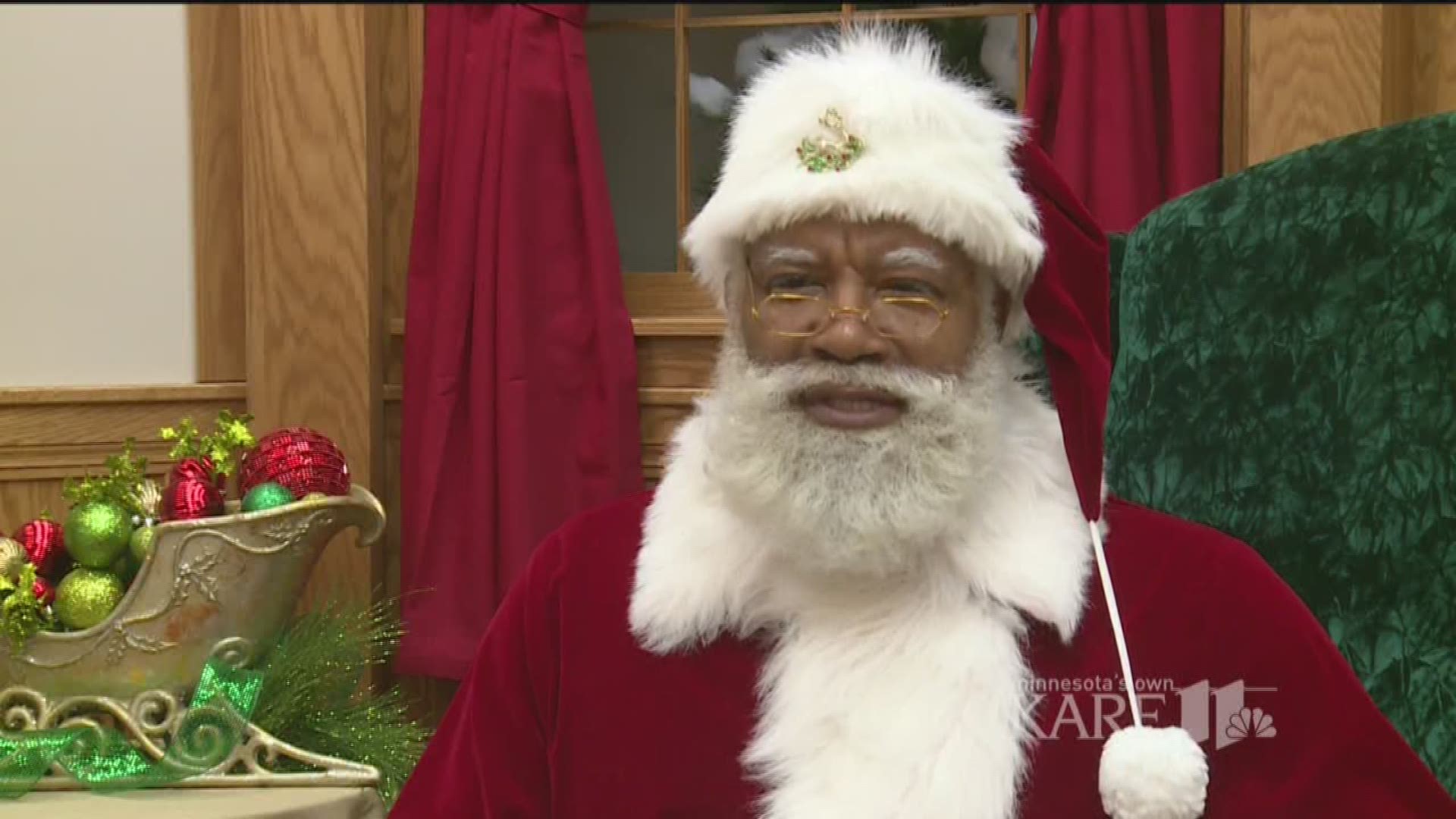 BLOOMINGTON, Minn. - For the first time ever, the nation's largest mall is featuring a black Santa Claus.

Kids visiting the Mall of America this weekend will have the chance to bring their wish lists to Larry Jefferson, who has been hired as Kris Kringle from Thursday to Sunday, as part of the mall's Santa Experience.

"All of the kids I have looked at and reviewed on my Santa list are all on the nice list," Jefferson said Friday. "They're doing great. Minnesota has a lot of great children."

Jefferson has been one of Santa's helpers since 1999.

"Santa can be anybody," he said. "Anyone who posses a love in their heart and is willing to give throughout the holiday season."

Santa Experience co-owner Landon Luther said they "want Santa to be for everyone, period."

So they launched a nationwide search for a diverse Santa and found Jefferson at a Santa convention in Branson, Missouri. He was the only black Santa among the 1,000 impersonators in attendance, Luther said.

Santa Larry is already booked during his long weekend visit to Minnesota but mall officials say there is a waiting list available.

Jefferson will return home to play Santa in the Dallas-area after Sunday, before heading back to the North Pole.