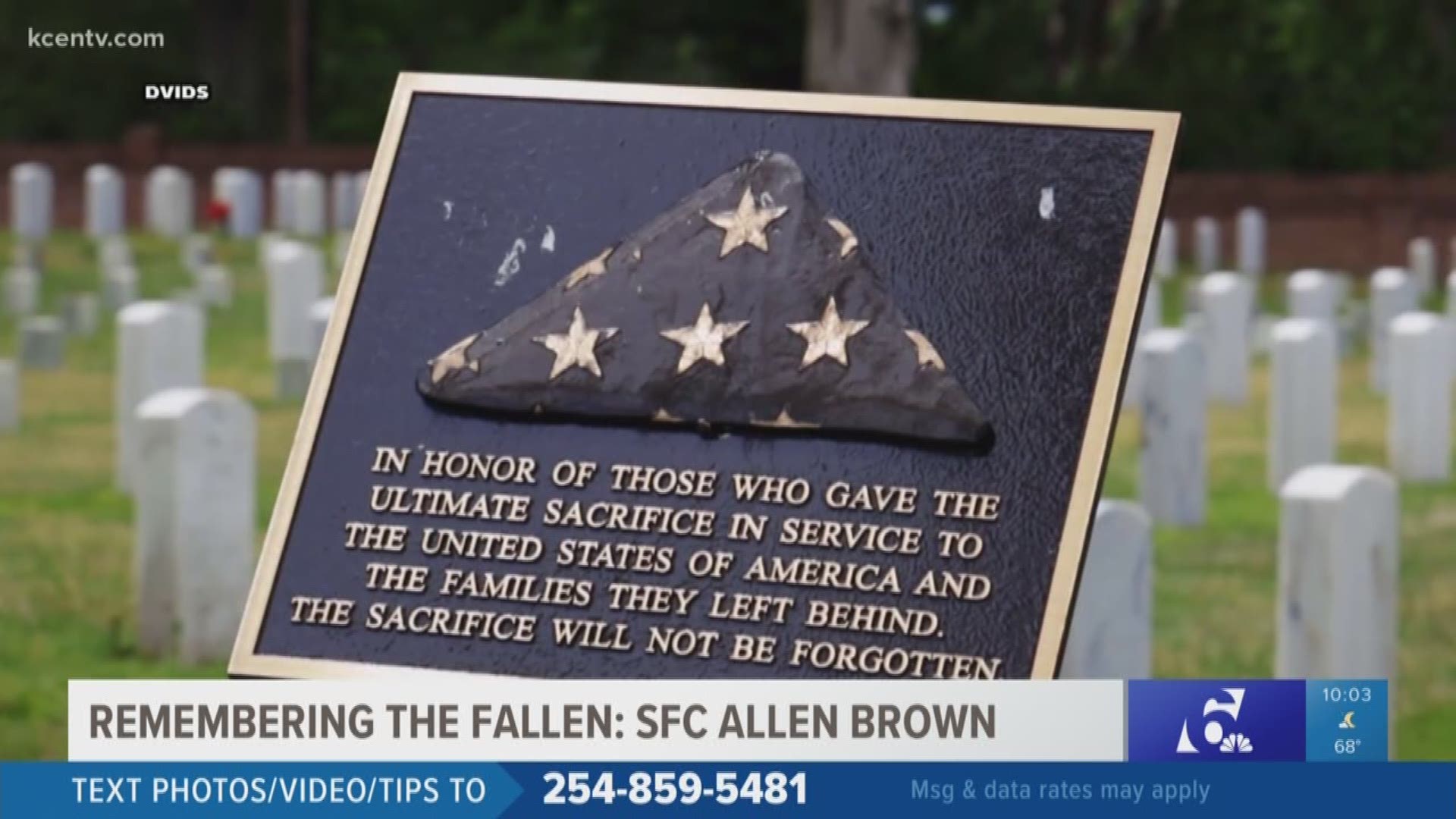 TEMPLE, Texas — Memorial Day is a somber day of remembrance, reflection and emotions for Tracey Greene, a veteran of the United States Army.

"Memorial Day, to me, it's a celebration of life because their life meant so much to us while they were in it," Greene said.

Greene said she would never forget what she saw during her deployments.

"I've seen the remnants of bodies in vehicles, tankers blowing up and people still inside," she said. "Soldiers getting their heads blown off."

One of those Greene is celebrating this Memorial Day is Sergeant First Class Allen Brown, a man, she said, who was always there for everyone, no matter what -- even if he was the last person you wanted to see.

He always made sure everyone had everything they needed with out hesitation, Greene said.

"He was always right there to make sure that nothing would happen to other people," she said, her voice trailing off, "but something happened to him."

In the early morning hours of November 12, 2016, an attack on American soldiers was carried out after four months of planning near Bagram Airfield. Sgt. John Perry and Pfc. Tyler Iubelt died that day.

"He was killed by a suicide bomber standing on Disney Road," Greene said of Brown, the words still hard to say, carefully choosing them, her throat filled with sorrow. "That day was one of the most traumatic days of my life."

It's been almost four years since the attack that forever changed the life of this proud veteran who has seen so much and lost even more.

Greene said with Memorial Day blowout sales, barbecues and an extra day off of work, she hopes no one forgets the true meaning.

"Freedom isn't free," she said. "The freedom that you have now was bought and paid for by the blood of those not here today."

RELATED: ‘We hadn't planned life without him’ | Widow of Fort Hood pilot killed in Afghanistan learns of his death on Google

RELATED: 'I think her Daddy had a hand in this:' Army widow gives birth on Veterans Day