The group will be holding a flashlight vigil honoring El Paso victims as part of their campaign for stricter gun control. 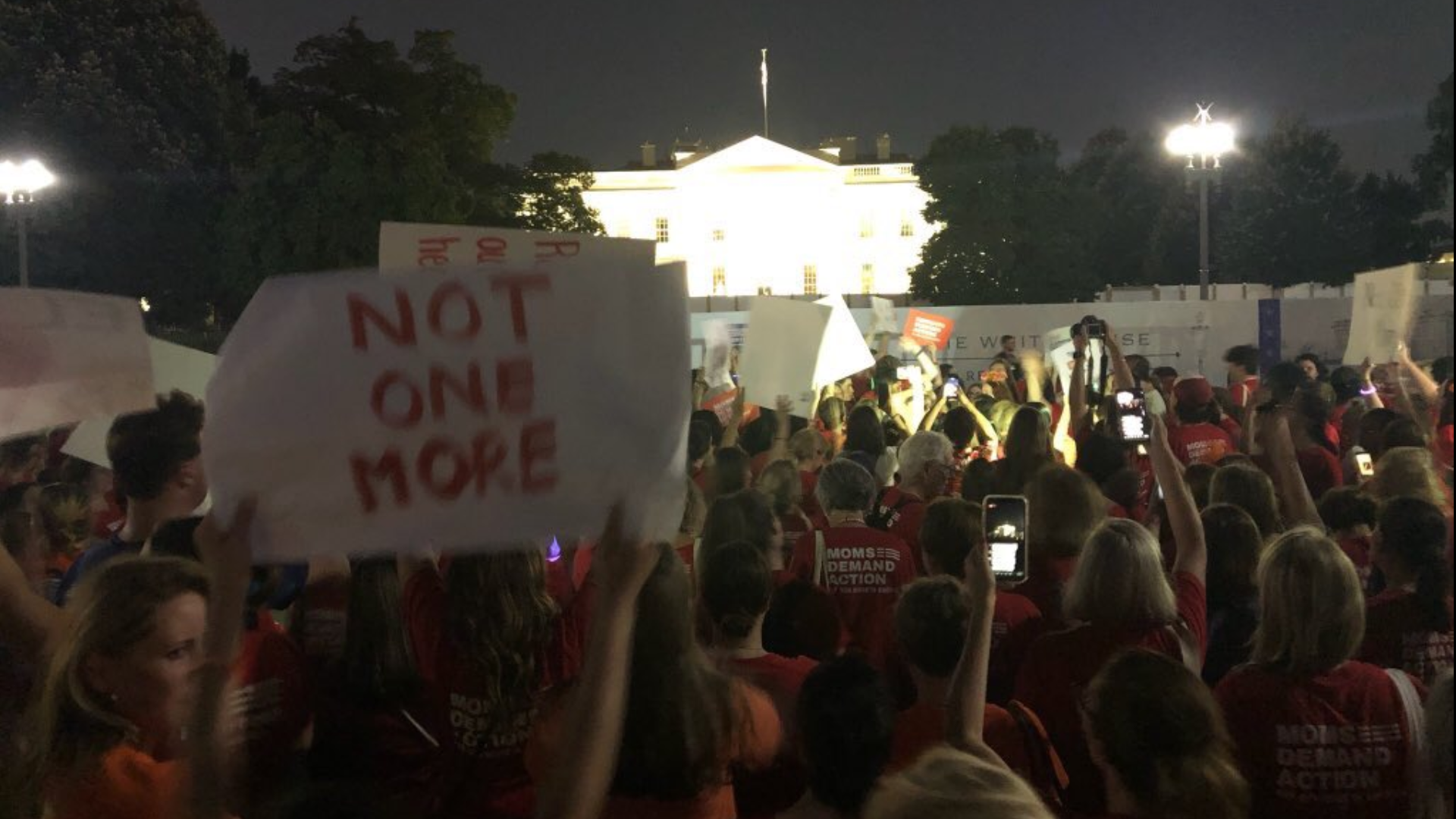 A group of activists called Moms Demand Action are rallying at the White House in an effort to call attention to gun violence prevention in America.

Volunteers say they are gathering to protest the inaction of legislators and their failure to protect children, families and communities.

The group was originally meeting in D.C. for a conference this weekend marched to the White House when they learned of the deadly mass shooting in El Paso, Texas.

Authorities confirmed 20 people were killed and 26 others were injured in a shooting at a shopping center in the border city of El Paso, Texas. A law enforcement official told The Associated Press the suspect is 21-year-old Patrick Crusius.

Deborah Parker, a Survivor Fellow and Survivor Membership Lead with Moms Demand Action, said the group will be holding a flashlight vigil honoring El Paso victims as part of their campaign for stricter gun control.

"The carnage has got to stop!," Parker said, "As a group we are obligated to make change and decided to forgo our usual celebration and headed to the White House to protest 100 people killed and twice that amount injured every day in America"

"We want our elected officials to bring to the Senate the background check bill. As a country we deserve to be safe as we shop, worship, go to movies, and school. If they won't listen to the majority of Americans, we will vote them out," said Parker.

Earlier Saturday, the White House said President Trump has already been briefed on the situation.

The president tweeted about the "terrible shootings" and pledged total support from the federal government.

Police are still investigating motive for the shooting.

El Paso authorities say they are examining a “manifesto” they believe was written by the shooter and shows a possible “nexus” to a hate crime.

RELATED: What we know about the El Paso shooting suspect