Administration officials say the order provides a pay bump to hundreds of thousands of those workers, including nursing assistants and laborers. 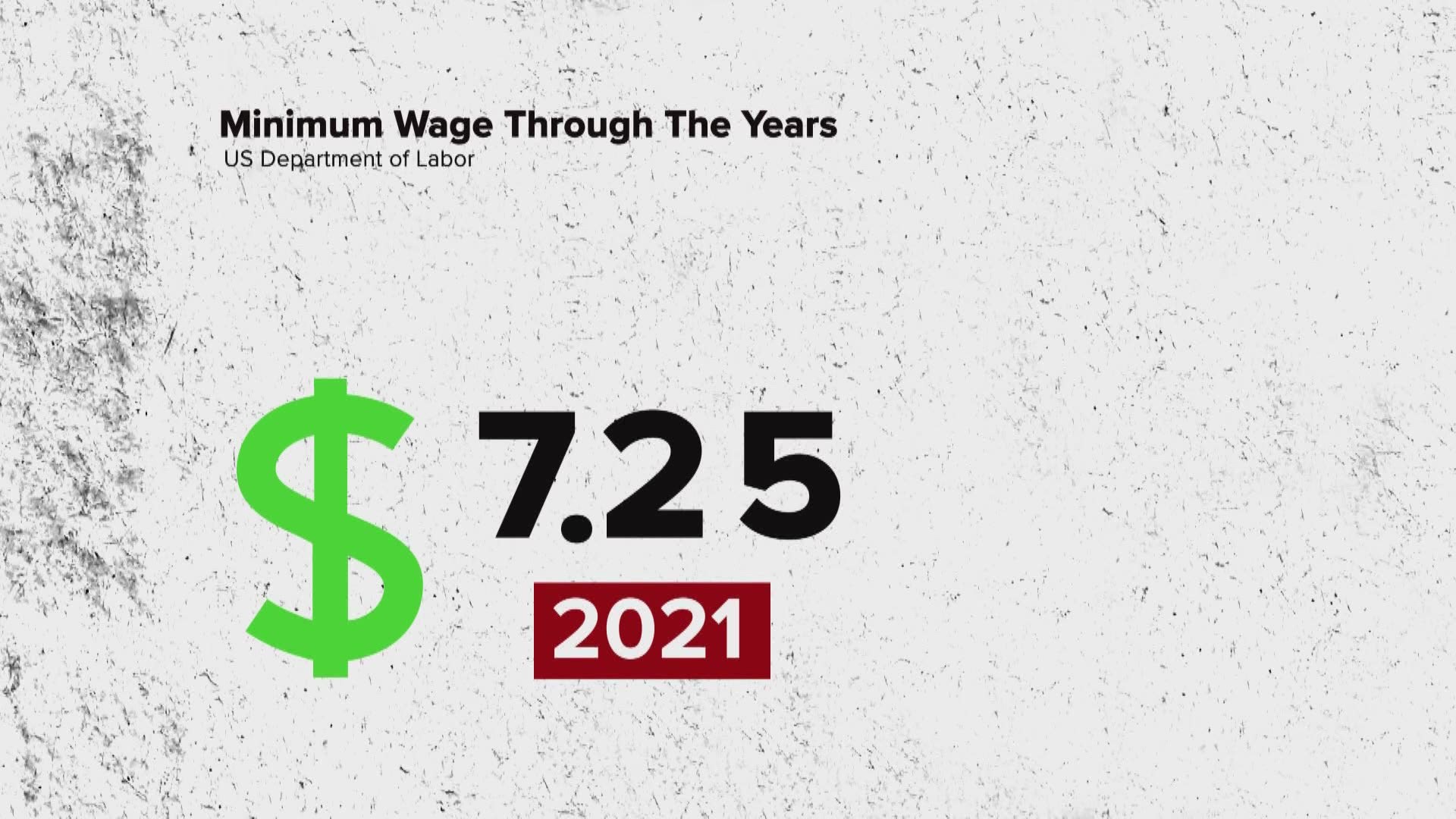 WASHINGTON — President Joe Biden signed an executive order Tuesday to increase the minimum wage to $15 an hour for federal contractors, providing a pay bump to hundreds of thousands of workers.

Biden administration officials said that the higher wages would lead to greater worker productivity, offsetting any additional costs to taxpayers.

“This executive order will promote economy and efficiency in federal contracting, providing value for taxpayers by enhancing worker productivity and generating higher-quality work by boosting workers’ health, morale, and effort,” the White House said in a statement.

The officials could not provide an exact figure on how many workers for federal contractors would receive a raise, only that it would be hundreds of thousands. There are an estimated 5 million contract workers in the federal government, according to a posting last year for the Brookings Institution by Paul Light, a public policy professor at New York University.

RELATED: What's the status of a fourth stimulus check?

RELATED: Which Senators voted for, against $15 minimum wage amendment?

The increase could be dramatic for workers who earn the current minimum of $10.95 an hour. Those workers would receive a 37% pay hike, though the increase would be rolled out gradually, according to the terms of the order.

The White House said the workers would include cleaning professionals and maintenance workers, nursing assistants who care for veterans, cafeteria workers providing for the military and laborers who build and repair federal infrastructure.

The wage would be indexed to inflation, so it would automatically increase with each year to reflect changes in prices. The tipped minimum wage of $7.65 an hour for federal contractors would be replaced by the standard minimum by 2024.

Biden has pushed to establish a $15 hourly minimum wage nationwide for all workers, making it a part of his coronavirus relief package. But the Senate parliamentarian said the wage hike did not follow the budgetary rules that allowed the $1.9 trillion plan to pass with a simple majority, so it was not included in the bill that became law in March.